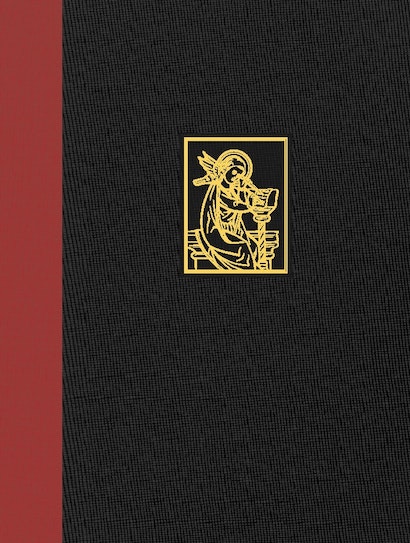 This two-volume catalogue is the first comprehensive scholarly description of the Western medieval and Renaissance manuscripts in the Princeton University Library, one of the finest collections in America. The rich holdings comprise more than 420 manuscripts in the Robert Garrett, Grenville Kane, Robert Taylor, Cotsen Library, and Princeton collections; manuscripts bound with incunables in the Rare Books Division; hundreds of single leaves and cuttings; and about 5,000 original documents in six other collections. The catalogue offers full textual, paleographic, codicological, art-historical, and iconographical descriptions; detailed provenance notes; and full bibliographies. About a third are illuminated manuscripts, which are selectively illustrated in the catalogue’s 128 color plates, which contain nearly 400 images.


Princeton’s manuscripts range in date from the Carolingian era to the Italian Renaissance, with particular strength in late medieval holdings. They come chiefly from England, France, Italy, Germany and the deutscher Sprachraum, the Low Countries, and the Iberian Peninsula. There are more than thirty manuscripts in Middle English, and a nearly equal number in French (including Anglo-Norman), with smaller numbers in Italian, Spanish, Portuguese, German, Dutch or Flemish, Hebrew, and Icelandic. Among the highlights of the collection are Hrabanus Maurus’s Commentary on Matthew (Fulda, ca. 840-60); William of Waddington’s Manuel des péchés (1280s); a Chrétien de Troyes miscellany (France, ca. 1295); the Tollemache Chaucer (ca. 1420-60); an illustrated copy of Kyrillos’s Fables in German (1425-30); a Suetonius with sumptuous full-page miniatures (Milan, 1433); a richly illustrated copy of Giovanni Marcanova’s Antiquitates (Bologna, ca. 1473); the Hours of Marguerite de Rohan, countess of Angoulême (ca. 1480); and the Sanvito Virgil (Padua, ca. 1507).


Some twenty years in the making, this catalogue identifies virtually all the manuscripts’ texts on an encyclopedic range of subjects. Classical Latin authors, medieval scholastic texts, scripture, liturgy, and devotional books are most prominent, but history, law, music, medicine, astronomy, magic, and especially vernacular literature are also represented. Medieval and Renaissance Manuscripts in the Princeton University Library has a fully integrated approach that gives equal emphasis to text and image and their historical context, offering insights into countless aspects of intellectual and artistic life.

Don C. Skemer has been curator of manuscripts in the Department of Rare Books and Special Collections at Princeton University Library since 1991, with responsibility for the Manuscripts Division's diverse holdings, spanning five millennia of recorded history. He is the author of Binding Words: Textual Amulets in the Middle Ages, and was a contributor to Greek Manuscripts at Princeton, Sixth to Nineteenth Century: A Descriptive Catalogue.

"[A] rich catalogue. . . . In today's electronic environment, this publication demonstrates some of the virtues of the traditional hard-copy format—ease of browsing and cross-referencing being perhaps the most important. A vast amount of information is quickly absorbed, the contours and growth of the collection always apparent. Skemer has drawn on a tremendous wealth of scholarship."—Rowan Watson, Times Literary Supplement