How presidents forged the American century 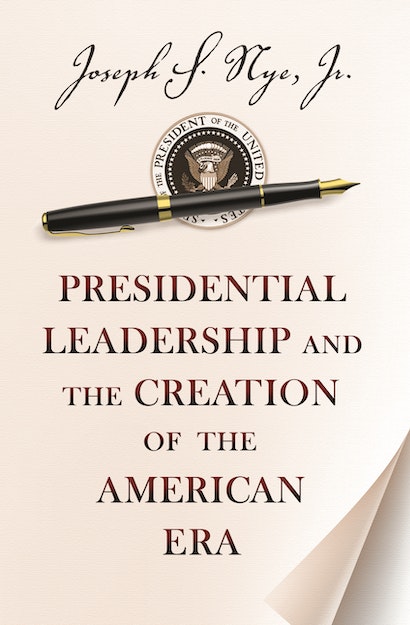 This book examines the foreign policy decisions of the presidents who presided over the most critical phases of America’s rise to world primacy in the twentieth century, and assesses the effectiveness and ethics of their choices. Joseph Nye, who was ranked as one of Foreign Policy magazine’s 100 Top Global Thinkers, reveals how some presidents tried with varying success to forge a new international order while others sought to manage America’s existing position. The book shows how transformational presidents like Wilson and Reagan changed how America sees the world, but argues that transactional presidents like Eisenhower and the elder Bush were sometimes more effective and ethical. It also draws important lessons for today’s uncertain world, in which presidential decision making is more critical than ever. 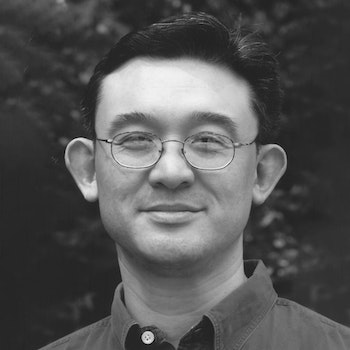 "In this concise and readable study of American presidential foreign policy decisions, Kennedy School of Government professor Nye (The Future of Power) asks, 'To what extent were the men who presided over the creation of the American era simply responding, or were they shaping events?' Nye examines eight administrations, defined as 'transformational' or 'transactional,' and the diverse ways presidents communicate with and inspire the public. He also entices the historically minded with a 'What if?' section that speculates on historical alternatives and provides worthwhile reflections on the uneasy relationship between ethical leadership and effective leadership. Besides risking controversy, his ethical scorecards of presidents—including Theodore Roosevelt and Woodrow Wilson—illustrate the complexity of such judgments. Nye's overall assessment that the most dramatic and inspiring presidents are not always the most effective or ethical may, as he notes, overturn conventional wisdom, but the judgment bolsters his admonition to President Obama. His concluding reflections on the changing nature of exercising power in the 21st century effectively contextualize the continuing tensions inherent in managing domestic and international authority."—Publishers Weekly

"Sometimes the best presidential decisions are decisions not to act. This point is made in an excellent new book by Joseph Nye of Harvard University entitled Presidential Leadership and the Creation of the American Era."—Gideon Rachman, Financial Times

"A thoughtful analysis of different styles of presidential leadership in foreign affairs. Nye, a Harvard professor, is an enemy of the 'vision thing', concluding that 'there is little evidence . . . that transformational foreign policy leaders are better in either ethics or effectiveness'. His heroes are experienced pragmatists such as Eisenhower and the first Bush."—Financial Times

"The US presidency sounds far more powerful than it usually is. Scholars, journalists and presidents routinely exaggerate its potency. Joseph Nye's slim volume on presidential leadership offers an elegant antidote to many of the myths."—Edward Luce, Financial Times

"Nye's book is a whisper in the ear of the American president in the twenty-first century to rethink how to be a more effective leader."—Inderjeet Parmar, International Affairs

"Nye's book originated in a course he has taught, and it bears the thought provoking marks of a stimulating advanced class."—H. W. Brands, Political Science Quarterly

"[T]he book's central message and concluding advice should be chiseled in stone above the entrance to the Oval Office."—John L. Harper, Survival

"A wonderful study that tackles head-on the most difficult issues of practical and ethical leadership—questions political scientists often duck as being close to intractable. Joseph Nye succinctly captures crucial turning points in U.S. foreign policy and illustrates the political and ethical paths taken and not taken, with the consequences that we can and cannot attribute to those choices. This is a must-read for students of international relations, public policy, and international ethics."—Michael W. Doyle, Columbia University

"A compelling study of the use and misuse of power in the modern age. Written by one of our country's foremost scholars, the book examines America's ascent through a White House lens, offering verbal bouquets to deserving presidents and criticism for those unequal to the intellectual, emotional, and moral demands of the job. Utterly nonpartisan, the volume is persuasive from start to finish, and valuable for experts and general readers alike."—Madeleine Albright, former U.S. Secretary of State

"Do leaders matter? That question has persisted for centuries. In this pathbreaking book, Nye analyzes the role of presidents in the rise of American power and concludes—persuasively—that a few did indeed bend the arc of history. Which ones? His answers will surprise you."—David Gergen, Harvard Kennedy School, senior political analyst for CNN

"A penetrating combination of scholarly analysis and brilliant historical appraisals. Daring in scope and incisive in judgments, this wise and very timely book redefines our understanding of recent presidential leadership."—Zbigniew Brzezinski, author of Strategic Vision: America and the Crisis of Global Power

"This book is essential for anyone who wants to understand personal leadership. Joseph Nye has written brilliant books on national power, and with this one he looks at the role that presidents play. It's both fascinating history and a useful guide for how individuals can have an impact."—Walter Isaacson, author of Steve Jobs

"This timely book examines the impact of presidential leadership on the emergence and endurance of American global primacy. Nye is judicious, makes a plausible argument about each president he considers, and cuts through confusion and partisanship in his typically lucid and succinct way. I am unaware of any other book that does precisely what this one does."—John M. Owen IV, author of The Clash of Ideas in World Politics

"In looking at presidential leadership and the sources of individual power, Nye fuses together his influential prior work on smart power and leadership. His book is written in an engaging and accessible style, and provides an excellent primer on what presidents can do in foreign policy."—Daniel W. Drezner, author of Theories of International Politics and Zombies