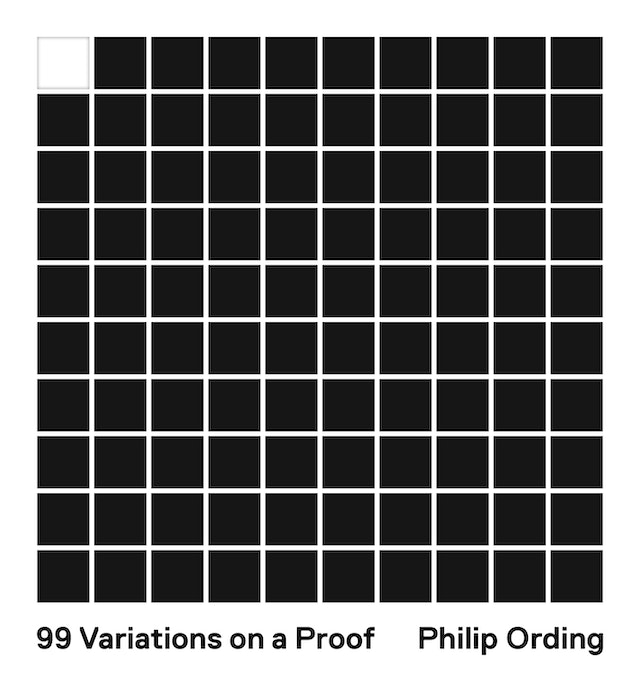 This book offers a multifaceted perspective on mathematics by demonstrating 99 different proofs of the same theorem. Each chapter solves an otherwise unremarkable equation in distinct historical, formal, and imaginative styles that range from Medieval, Topological, and Doggerel to Chromatic, Electrostatic, and Psychedelic. With a rare blend of humor and scholarly aplomb, Philip Ording weaves these variations into an accessible and wide-ranging narrative on the nature and practice of mathematics.

Inspired by the experiments of the Paris-based writing group known as the Oulipo—whose members included Raymond Queneau, Italo Calvino, and Marcel Duchamp—Ording explores new ways to examine the aesthetic possibilities of mathematical activity. 99 Variations on a Proof is a mathematical take on Queneau’s Exercises in Style, a collection of 99 retellings of the same story, and it draws unexpected connections to everything from mysticism and technology to architecture and sign language. Through diagrams, found material, and other imagery, Ording illustrates the flexibility and creative potential of mathematics despite its reputation for precision and rigor.

Readers will gain not only a bird’s-eye view of the discipline and its major branches but also new insights into its historical, philosophical, and cultural nuances. Readers, no matter their level of expertise, will discover in these proofs and accompanying commentary surprising new aspects of the mathematical landscape.

Philip Ording is a professor of mathematics at Sarah Lawrence College. He is the coeditor of Simplicity: Ideals of Practice in Mathematics and the Arts. 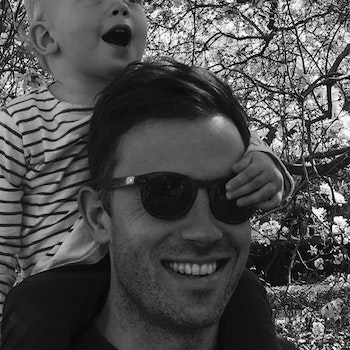 "Ording presents ninety-nine proofs that a specific cubic equation has two real roots. The theorem itself is fairly uninteresting, but the proofs are the stars and each of them seeks to show a different aspect of the theory, history, or culture of mathematics."—Geoffrey Dietz, MAA Reviews

"This book is an insightful addition to mathematical literature."—Robert Maddox-Harle, Leonardo Reviews

"This rather unusual book shows that . . . the essentials for communicating mathematical contents is not formulas, let alone numbers, but a more or less precise reasoning in a convincing language."—Jürgen Appell, Zentralblatt MATH

“Fun, funny, and unexpectedly deep, Philip Ording’s Oulipian expedition through the far reaches of mathematical style shows there’s more than one way to skin a cubic equation.”—Jordan Ellenberg, author of How Not to Be Wrong: The Power of Mathematical Thinking

“A savant, exhilarating inquiry into the deep roots connecting mathematics to language, belief to persuasion, and truth to style. Philip Ording has one problem, 99 answers, and a world’s worth of ways to carve up reality.”—Daniel Levin Becker, author of Many Subtle Channels: In Praise of Potential Literature

“A charming and indeed stylish feat of metamathematical storytelling, rich in history and wit.”—Siobhan Roberts, author of Genius at Play: The Curious Mind of John Horton Conway

“According to Molière there are many ways to declare love. It could be ‘Belle Marquise, vos beaux yeux me font mourir d’amour,’ or ‘D’amour mourir me font, belle Marquise, vos beaux yeux,’ or ‘Vos yeux beaux d’amour me font, belle Marquise, mourir.’ Molière only lists five variations and skips the 115 remaining possibilities. Philip Ording proposes a poetic transposition of mathematics. Starting with an easy theorem from high school, he offers 99 variations on the same theme, 99 different proofs of the same fact, 99 love declarations to mathematics.”—Étienne Ghys, CNRS - École normale supérieure de Lyon

“To the outsider, mathematics seems like a matter of pure logic and skill, an endeavor to be evaluated along a single axis of excellence. But in this adventurous, elegant book, Ording shows to what extent mathematics is also a question of style. And mathematical style, like all style, cannot be placed on a simple gradient. Its terrain needs to be mapped, and in Ording it has found an exquisite cartographer.”—Sina Najafi, editor in chief of Cabinet magazine

“Ording takes a central idea of mathematics—that there are many ways to write a proof and illustrate a theorem’s main point—and weaves it into a story with deep history and flavor. I love this book. It has the unique effect of making you feel like you are getting smarter the more you read.”—Raffi Grinberg, author of The Real Analysis Lifesaver: All the Tools You Need to Understand Proofs

“Showing us the astonishing variety of ways the same mathematical facts can be justified, Ording notes the influence of Queneau’s Exercises in Style, but perhaps Wallace Stevens’s ‘Thirteen Ways of Looking at a Blackbird’ casts its shadow, too. In each proof, thought takes flight and veers in different directions, bringing back spiral snail shells, polygonal berries, and elliptical seeds to the same stable nest: proofs, like blackbirds, are omnivores!”—Emily Grosholz, Pennsylvania State University