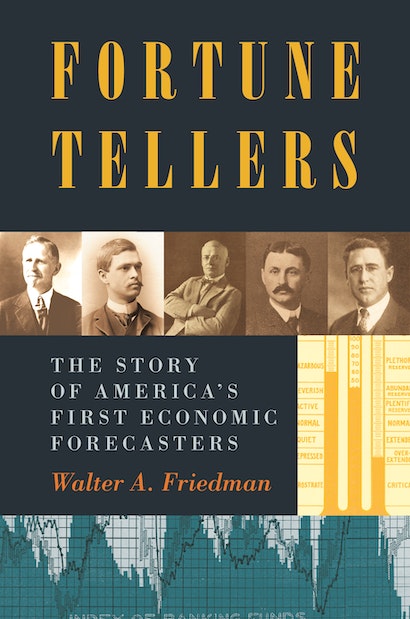 The period leading up to the Great Depression witnessed the rise of the economic forecasters, pioneers who sought to use the tools of science to predict the future, with the aim of profiting from their forecasts. This book chronicles the lives and careers of the men who defined this first wave of economic fortune tellers, men such as Roger Babson, Irving Fisher, John Moody, C. J. Bullock, and Warren Persons. They competed to sell their distinctive methods of prediction to investors and businesses, and thrived in the boom years that followed World War I. Yet, almost to a man, they failed to predict the devastating crash of 1929.

Walter Friedman paints vivid portraits of entrepreneurs who shared a belief that the rational world of numbers and reason could tame — or at least foresee — the irrational gyrations of the market. Despite their failures, this first generation of economic forecasters helped to make the prediction of economic trends a central economic activity, and shed light on the mechanics of financial markets by providing a range of statistics and information about individual firms. They also raised questions that are still relevant today. What is science and what is merely guesswork in forecasting? What motivates people to buy forecasts? Does the act of forecasting set in motion unforeseen events that can counteract the forecast made?

Masterful and compelling, Fortune Tellers highlights the risk and uncertainty that are inherent to capitalism itself.

Walter A. Friedman is a historian at Harvard Business School and the author of Birth of a Salesman: The Transformation of Selling in America. 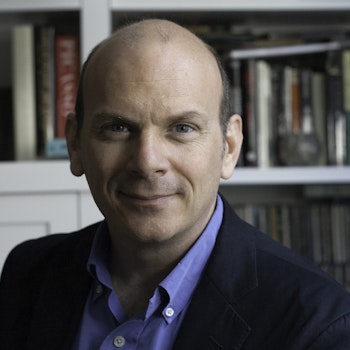 "The book is a great read, based as it is around the personalities of these early forecasters. . . . I can see a terrific movie in the 'forecasting wars' of the 1920s as these larger-than-life, quintessentially can-do Americans competed with each other to call the stock market, win followers and make a fortune."—Diane Coyle, Enlightened Economist

"Fortune Tellers is a marvel too. It is scholarship of the highest quality, without shortcuts or gimmicks. We may not be able to trust the forecasters, but when it comes to their stories we are in excellent hands."—Pietra Rivoli, Financial Times

"Friedman's well-crafted work is highly recommended to students of economics and others interested in the history of economic forecasting."—Library Journal

"[Fortune Tellers] . . . reminds readers that the economy remains too complex for anyone to consistently make reliable predictions about it."—Alan Wallace, Pittsburgh Tribune-Review

"In Fortune Tellers, Walter Friedman shows not only where our contemporary forecasting ecosystem came from, but also its considerable influence on present-day economic thought and practice."—Michael Lind, Pacific Standard

"The book is fun reading, but what makes it especially interesting for any regular consumer of modern economic forecasts is how little today's forecasters have improved on the methods of the 1910s and 1920s."—Justin Fox, Harvard Business Review blog

"In a series of short biographical narratives of the first men to take up forecasting as a profession, Friedman shows how economic predictions became an integral part of the way businessmen and government officials made decisions, and how the foundations were laid for the kind of sophisticated economic modeling that we now rely on."—James Surowiecki, Democracy

"Historian Friedman examines how forecasting economic performance became professionalized in the early 20th century. He adeptly and insightfully uses a biographical approach, with five case studies selected because of their contemporary significance and because each analyst understood the logic of capitalism differently and took a different approach to forecasting."—Choice

"Fortune Tellers is an engaging account of the beginnings of the vibrant industry of American economic forecasting."—George A. Schade, Financial History

"The value of Friedman's book isn't just in the brief biographies . . . but also in Friedman's insights and asides about the business, financial and political context of the time. Friedman doesn't mention it, but few readers will miss the implicit comparison to today."—Randolph Walerius, Roll Call

"There is no better way to gain an understanding of how economic forecasting began than reading Walter A. Friedman's new book Fortune Tellers. . . . It shines a light on the entrepreneurs like Roger Babson and John Moody who created the economic forecasting field a century ago and transformed it into successful businesses."—James McCusker, Everett Herald

"The author has done a most remarkable job in bringing together these ideas and histories in a graceful and fascinating book."—E. Roy Weintraub, Journal of American History

"This is beyond doubt a fascinating and enjoyable book."—Geoffrey Wood, Central Banking Journal

"Friedman's fascinating study . . . makes a major contribution towards the history of forecasting in the USA. Friedman's case studies present competing but ultimately convergent paths to modern forecasting, highlighting a history which comprised what he identifies as five world views of the future."—Roger Middleton, European Journal of History of Economic Thought

"Friedman notes some long-lasting contributions of these pioneers and credits them with inspiring succeeding generations of forecasters who may or may not have raised the art to a science. Readers who struggle with that question will appreciate this entertaining look at the predecessors of the analysts whose views they probably seek almost every day."—M.A.M., Financial Analysts Journal

"This is one of the best books that I have read over the last number of years. It is very readable and, like all good books, exceptionally thought-provoking. Economic and business historians, economists, and anyone who has an interest in the history of economic thought will benefit from reading this book. Students, policy-makers, and investors would also benefit from reading it because it highlights the complexity of capitalism, how difficult it is to understand the capitalist system, and the foolishness of placing too much weight on economic forecasts. Bottom line: buy, read, and digest this book. Let me finish my review with a forecast based solely on intuition: Fortune Tellers will become a classic."—John D. Turner, Economic History Review

"Friedman's business-history approach goes well beyond the history of economic and scientific thought. His collection of portraits has a lot to say for our current times, now that the dictionary of the 1930s (depression, deflation, mass unemployment) has resurfaced everywhere but particularly in the richest countries in the world."—Francesco Daveri, Journal of Economics

"In his book Friedman has been able to cast a substantial contribution to the history of economics in an entertaining, very readable approach."—Roman Köster, History of Economics Ideas

"A fascinating story of the early economic forecasting in the United States. . . . A pleasure to read and the narrative is both informative and insightful. I highly recommend it to both economists and non-economists."—Aris Spanos, Journal of the History of Economic Thought

"Timely, trenchant, and entertaining, Walter Friedman's Fortune Tellers is a captivating history of modern economic forecasting. With graceful prose and penetrating insight, Friedman shows how scientific pretension and cultural persuasion gave birth to a new industry. Through their frustrated attempts to predict the future, Friedman's cast of oracles, gurus, entrepreneurs, and academics finally began to shape it. This is a fascinating tale about doubt and certainty in modern economic life."—Jonathan Levy, author of Freaks of Fortune: The Emerging World of Capitalism and Risk in America

"Economic forecasters attempt to reduce the dimensions of the unknowable, for private profit and the public good. Fortune Tellers is the story of America's first professional forecasters. It explains their methods, quirks, limited successes, and major failures in the Great Depression. Friedman's cast of characters—Babson, Moody, several Ivy League professors, and Herbert Hoover—is a fascinating crew of would-be soothsayers. This is intellectual and business history at its best."—Richard Sylla, New York University

"Who knew that the pioneers of economic forecasting in America were such an eclectic, eccentric, entrepreneurial bunch? In profiling the likes of Roger Babson, John Moody, and Irving Fisher, historian Walter Friedman makes vividly clear their noble motives, occasionally hucksterish tendencies, and sometimes downright bizarre thinking. In the process, he elegantly sketches their different theories for charting the economy's future."—Walter Kiechel III, author of The Lords of Strategy

"Fortune Tellers is a deeply researched account of the rise and fall of economic forecasting in early twentieth-century America. Profiling a colorful cast of characters, Friedman deftly documents the careers—and the hubris—of the men who sought to impose predictability and certainty on the modern economy. This is a fascinating, timely book, one with many lessons for our own age of uncertainty."—Stephen Mihm, author of A Nation of Counterfeiters: Capitalists, Con Men, and the Making of the United States