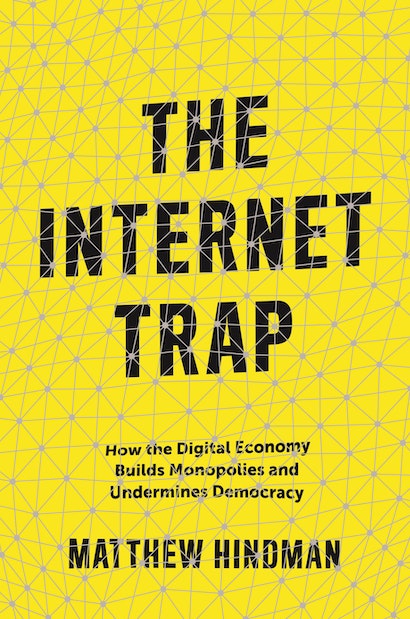 The internet was supposed to fragment audiences and make media monopolies impossible. Instead, behemoths like Google and Facebook now dominate the time we spend online—and grab all the profits from the attention economy. The Internet Trap explains how this happened. This provocative and timely book sheds light on the stunning rise of the digital giants and the online struggles of nearly everyone else—and reveals what small players can do to survive in a game that is rigged against them.

Matthew Hindman shows how seemingly tiny advantages in attracting users can snowball over time. The internet has not reduced the cost of reaching audiences—it has merely shifted who pays and how. Challenging some of the most enduring myths of digital life, Hindman explains why the internet is not the postindustrial technology that has been sold to the public, how it has become mathematically impossible for grad students in a garage to beat Google, and why net neutrality alone is no guarantee of an open internet. He also explains why the challenges for local digital news outlets and other small players are worse than they appear and demonstrates what it really takes to grow a digital audience and stay alive in today’s online economy.

The Internet Trap shows why, even on the internet, there is still no such thing as a free audience.

Matthew Hindman is associate professor of media and public affairs at George Washington University and the author of the award-winning book The Myth of Digital Democracy (Princeton). He lives in Washington, DC. 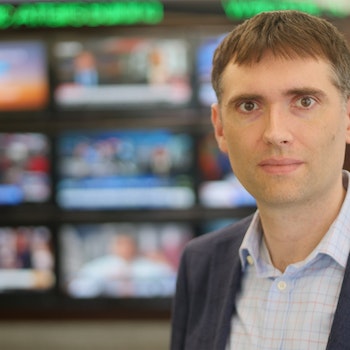 "This book reinforces the arguments of other experts in the field with a considerable amount of data and analysis."—Paradigm Explorer

“You may think you understand the internet, but chances are you don’t. It’s not what you thought, nor what you hoped. Read this book. Then make your friends read it, too.”—Michael J. Copps, former commissioner of the Federal Communications Commission

“The Internet Trap is the sole book to explain why media firms are dying from a lack of web traffic, what this means for politics and the public—and what firms can do to fight back. It teems with elegant writing, shrewd insights, real-world examples, and wit. If news companies have a savior, it is Matthew Hindman.”—Kenneth Cukier, senior editor of The Economist and bestselling coauthor of Big Data

“Hindman’s book upends conventional understandings of the open internet, and does so with an engaging style and precise arguments that leave a reader both enlightened and entertained. The Internet Trap is the best book I’ve read all year.”—James T. Hamilton, author of Democracy’s Detectives: The Economics of Investigative Journalism

“A powerful reminder of how frequently a fixation with an imagined internet we often idealize as decentralized distracts us from confronting the democratic and economic challenges and opportunities of the actually existing and often highly centralized real internet.”—Rasmus Kleis Nielsen, University of Oxford

“Hindman provides a much-needed corrective to naive but common visions of the internet as an egalitarian place where all voices can be heard. His important and provocative book is essential reading for anyone interested in how the attention economy actually works.”—James G. Webster, author of The Marketplace of Attention: How Audiences Take Shape in a Digital Age