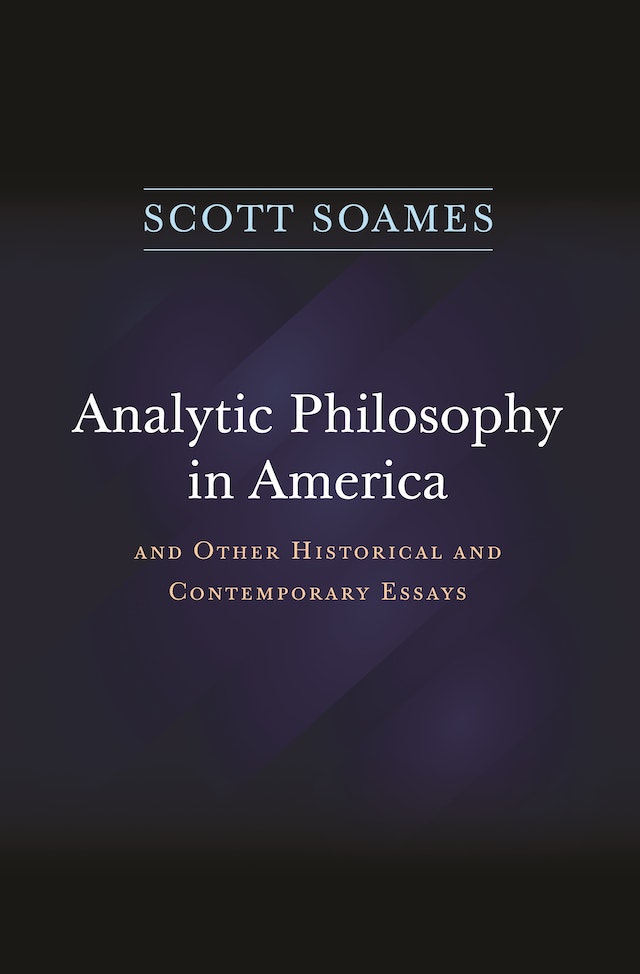 In this collection of recent and unpublished essays, leading analytic philosopher Scott Soames traces milestones in his field from its beginnings in Britain and Germany in the late nineteenth and early twentieth century, through its subsequent growth in the United States, up to its present as the world’s most vigorous philosophical tradition. The central essay chronicles how analytic philosophy developed in the United States out of American pragmatism, the impact of European visitors and immigrants, the midcentury transformation of the Harvard philosophy department, and the rapid spread of the analytic approach that followed. Another essay explains the methodology guiding analytic philosophy, from the logicism of Frege and Russell through Wittgenstein’s linguistic turn and Carnap’s vision of replacing metaphysics with philosophy of science. Further essays review advances in logic and the philosophy of mathematics that laid the foundation for a rigorous, scientific study of language, meaning, and information. Other essays discuss W.V.O. Quine, David K. Lewis, Saul Kripke, the Frege-Russell analysis of quantification, Russell’s attempt to eliminate sets with his “no class theory,” and the Quine-Carnap dispute over meaning and ontology. The collection then turns to topics at the frontier of philosophy of language. The final essays, combining philosophy of language and law, advance a sophisticated originalist theory of interpretation and apply it to U.S. constitutional rulings about due process.

"[T]he book offers a good overview of the most important problems and controversies of analytic philosophy, especially those related to philosophy of language. One will also appreciate the author's constant effort to propose critical remarks and to consider contemporary debates. . . . Soames . . . provides us with a stimulating volume for those generally interested by the history and actuality of the analytic tradition."—Alexandre Declos, Metapsychology Online Reviews

"This is a very good collection of philosophical essays—probably as good as any currently being published anywhere by anyone."—Gilbert Harman, Princeton University