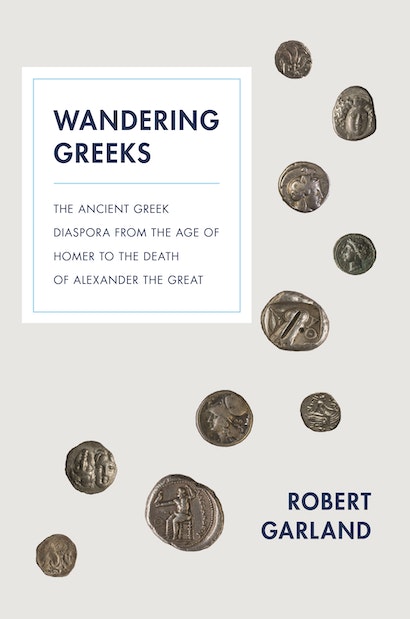 Most classical authors and modern historians depict the ancient Greek world as essentially stable and even static, once the so-called colonization movement came to an end. But Robert Garland argues that the Greeks were highly mobile, that their movement was essential to the survival, success, and sheer sustainability of their society, and that this wandering became a defining characteristic of their culture. Addressing a neglected but essential subject, Wandering Greeks focuses on the diaspora of tens of thousands of people between about 700 and 325 BCE, demonstrating the degree to which Greeks were liable to be forced to leave their homes due to political upheaval, oppression, poverty, warfare, or simply a desire to better themselves.

Attempting to enter into the mind-set of these wanderers, the book provides an insightful and sympathetic account of what it meant for ancient Greeks to part from everyone and everything they held dear, to start a new life elsewhere—or even to become homeless, living on the open road or on the high seas with no end to their journey in sight. Each chapter identifies a specific kind of “wanderer,” including the overseas settler, the deportee, the evacuee, the asylum-seeker, the fugitive, the economic migrant, and the itinerant, and the book also addresses repatriation and the idea of the “portable polis.” The result is a vivid and unique portrait of ancient Greece as a culture of displaced persons.

Robert Garland is the Roy D. and Margaret B. Wooster Professor of the Classics at Colgate University. His many books include The Eye of the Beholder: Deformity and Disability in the Graeco-Roman World and The Greek Way of Death. 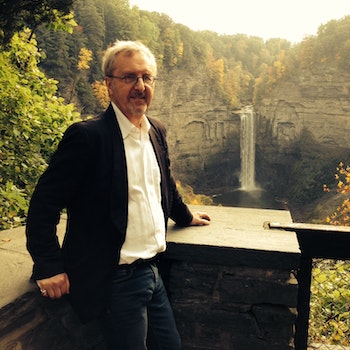 "Garland has found a unique niche in classical scholarship: writing lucid, well-researched, accessible books on important but little-studied aspects of Greek cultural and social life. . . . His accounts of the risks colonists faced, the brutal reality behind the sources' common but terse references to population relocations, and the insecurity of the lives of exiles stand out."—Choice

"In bringing together the varied evidence on this topic, Wandering Greeks makes a valuable contribution to the recent and significant trend in scholarship that emphasizes mobility and connectivity in the ancient Mediterranean. Anyone interested in these issues, as well as notions of identity, belonging, and citizenship in the Greek world, would undoubtedly benefit from reading this book."—Denise Demetriou, Bryn Mawr Classical Review

"This volume undoubtedly represents a valuable addition to the literature on migration in the ancient world. . . . The book covers a huge amount of ground, providing a stimulating discussion of the evidence for many different forms of migration."—Kathryn Lomas, American Historical Review

"This is indeed a 'vivid and empathetic' book in which the author navigates both historical and literary sources, which have been interwoven into a narrative that is thematically organized by types of 'wanderers.'"—Carolina Lopez-Ruiz, The Historian

"[An] engaging writing style. . . . This book is written for the educated general public but includes plenty for the specialist; it puts wandering and the Greek identity into context and provides a good overall picture of how migrants were treated during the pre-Hellenistic Greek diaspora."—Bart Talbert, Ph.D., International Social Science Review

"The Greeks, Plato observed, were scattered around the Mediterranean like 'frogs round a pond.' How they came to be there has always been treated as a political story. By listening more closely to the croaking of the frogs, Robert Garland gives a rich impression of the varied experiences at the center of the story. In this vivid and empathetic book, he brings out, for the first time, the human reality of being a Greek on the move."—Robin Osborne, University of Cambridge

"Garland has done it again. Exploring a fundamental aspect of Greek life in a manner consistently accessible yet grounded in a rich evidential base, he exhibits his special talent by suffusing the whole project with modern parallels and sheer human empathy. Warmly recommended."—David Whitehead, Queen's University Belfast

"In this important and stimulating book, Robert Garland, a writer of great skill and experience, shows how crucial migration was to the remarkable success of the ancient Greeks. No other book has the same range or address, despite the centrality of the subject. Informed throughout with a humane, sympathetic spirit, Wandering Greeks not only places the ancient Greek world in a much wider historical context but also illuminates vexed contemporary issues in the politics of diaspora."—Paul Cartledge, University of Cambridge