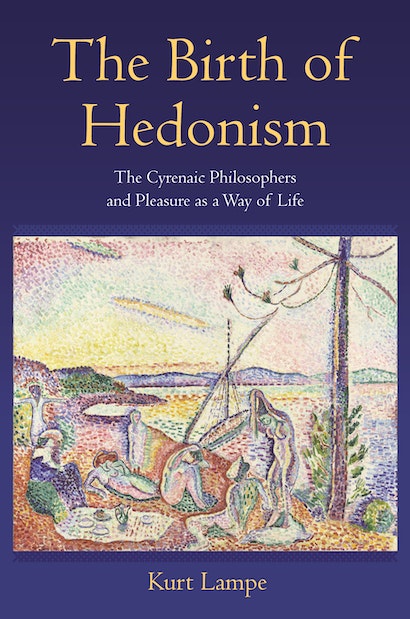 According to Xenophon, Socrates tried to persuade his associate Aristippus to moderate his excessive indulgence in wine, women, and food, arguing that only hard work can bring happiness. Aristippus wasn’t convinced. Instead, he and his followers espoused the most radical form of hedonism in ancient Western philosophy. Before the rise of the better known but comparatively ascetic Epicureans, the Cyrenaics pursued a way of life in which moments of pleasure, particularly bodily pleasure, held the highest value. In The Birth of Hedonism, Kurt Lampe provides the most comprehensive account in any language of Cyrenaic ideas and behavior, revolutionizing the understanding of this neglected but important school of philosophy.

The Birth of Hedonism thoroughly and sympathetically reconstructs the doctrines and practices of the Cyrenaics, who were active between the fourth and third centuries BCE. The book examines not only Aristippus and the mainstream Cyrenaics, but also Hegesias, Anniceris, and Theodorus. Contrary to recent scholarship, the book shows that the Cyrenaics, despite giving primary value to discrete pleasurable experiences, accepted the dominant Greek philosophical belief that life-long happiness and the virtues that sustain it are the principal concerns of ethics. The book also offers the first in-depth effort to understand Theodorus’s atheism and Hegesias’s pessimism, both of which are extremely unusual in ancient Greek philosophy and which raise the interesting question of hedonism’s relationship to pessimism and atheism. Finally, the book explores the “new Cyrenaicism” of the nineteenth-century writer and classicist Walter Pater, who drew out the enduring philosophical interest of Cyrenaic hedonism more than any other modern thinker.

Kurt Lampe is a lecturer in the Department of Classics and Ancient History at the University of Bristol. 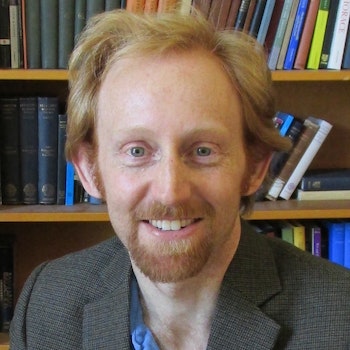 "This fine book is the most comprehensive study of Cyrenaic hedonism in English. It will be the core resource on the Cyrenaics for anyone with a serious interest in ancient ethics. More than that, it ensures that the Cyrenaics (at last) have a place alongside the other great ancient philosophical schools, and it is a model for scholarship to affirm the continuing appeal and relevance of ancient philosophy."—Sean McConnell, Classical Journal

"The Cyrenaics were the earliest philosophical hedonists. Evidence for their views is limited, but Kurt Lampe combines expert historical scholarship and imaginative sympathy to offer a compelling account of what they believed, what it might have been like to inhabit their worldview, and why it matters today. His itinerary takes him in the end to Walter Pater, who offered late Victorians the profound experience and attractions of a 'new Cyrenaicism.' This is a learned and important book, in which Lampe, like Pater, brings aspects of a lost Greek philosophical past to life."—Charles Martindale, University of Bristol and University of York

"Economists, political theorists, and observers of popular culture are keenly interested in happiness, gratification, and well-being. Anglo-American moral philosophy, however, disdains the goodness of pleasure. The Birth of Hedonism reminds us brilliantly of how very good pleasure can be."—Giulia Sissa, University of California, Los Angeles

"A bold, clever, and expansive treatment of one of the most misunderstood of ancient philosophical schools. Lampe dissects the traditions surrounding these colorful characters with skill and precision, and makes the case for a broad, flexible, and pluralistic reading of ancient hedonism."—Tim Whitmarsh, University of Cambridge

"This outstanding study of Cyrenaic hedonism fills a crucial gap in the literature on ancient Greek ethics and the history of moral philosophy. There is no comparable book in any language. By proceeding thematically rather than chronologically, Kurt Lampe is able to broaden his evidence and offer a picture of the Cyrenaic movement that is far more complete and philosophically interesting than was previously possible. He draws entire frescoes where others have made only sketches, and he writes with clarity, elegance, and style."—Voula Tsouna, University of California, Santa Barbara