An informative, entertaining, and beautifully illustrated look at the beloved firefly 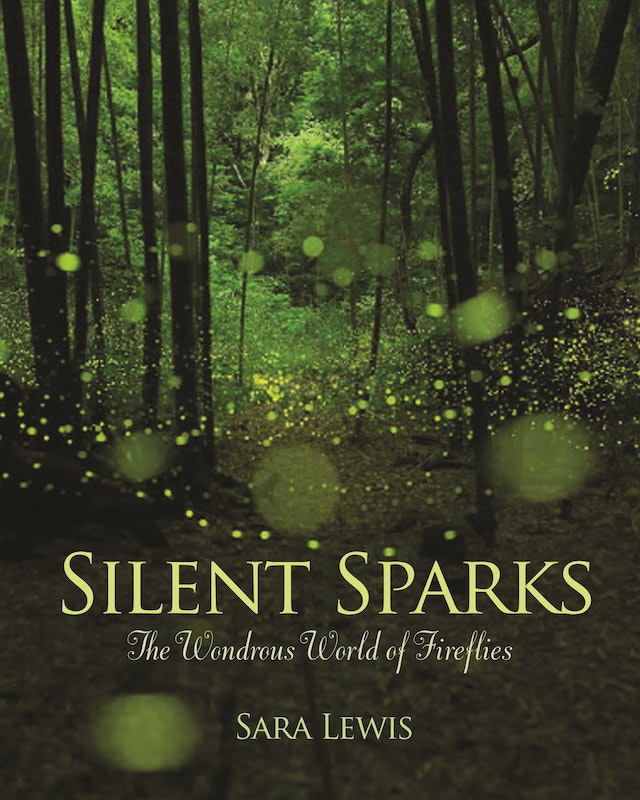 For centuries, the beauty of fireflies has evoked wonder and delight. Yet for most of us, fireflies remain shrouded in mystery: How do fireflies make their light? What are they saying with their flashing? And what do fireflies look for in a mate? In Silent Sparks, noted biologist and firefly expert Sara Lewis dives into the fascinating world of fireflies and reveals the most up-to-date discoveries about these beloved insects. From the meadows of New England and the hills of the Great Smoky Mountains, to the rivers of Japan and mangrove forests of Malaysia, this beautifully illustrated and accessible book uncovers the remarkable, dramatic stories of birth, courtship, romance, sex, deceit, poison, and death among fireflies.

The nearly two thousand species of fireflies worldwide have evolved in different ways—and while most mate through the aerial language of blinking lights, not all do. Lewis introduces us to fireflies that don’t light up at all, relying on wind-borne perfumes to find mates, and we encounter glow-worm fireflies, whose plump, wingless females never fly. We go behind the scenes to meet inquisitive scientists who have dedicated their lives to understanding fireflies, and we learn about various modern threats including light pollution and habitat destruction. In the last section of the book, Lewis provides a field guide for North American fireflies, enabling us to identify them in our own backyards and neighborhoods. This concise, handy guide includes distinguishing features, habits, and range maps for the most commonly encountered fireflies, as well as a gear list.

A passionate exploration of one of the world’s most charismatic and admired insects, Silent Sparks will inspire us to reconnect with the natural world.

Sara Lewis, who has been captivated by fireflies for nearly three decades, is a professor in the Department of Biology at Tufts University. Her work has been featured in numerous publications, including the New York Times, Scientific American, and USA Today. Lewis lives with her husband in Lincoln, Massachusetts. 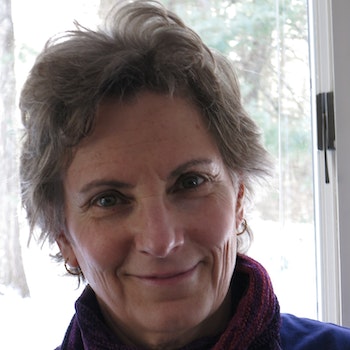 "An illuminating peek into a fascinating corner of field biology."—Barb Kiser, Nature

"Over millennia, fireflies have followed widely varied evolutionary paths. In fact, nearly 2,000 species of fireflies have been discovered globally. This level of complexity might present a serious narrative challenge for some, but Tufts University biologist Sara Lewis's fascination with these insects is captivating and infectious."—American Scientist

"An exploration of the little-known lives of fireflies. More so than most insects, fireflies capture our attention—and imagination—for their bioluminescence. Whether flitting across a suburban backyard or clustering in groups of thousands in the Great Smoky Mountains, these enigmatic beetles put on serious light shows after dusk, blanketing the landscape with synchronous patterns. It seems downright romantic—and, writes Lewis (Biology/Tufts Univ.) in this wide-ranging yet intimate narrative, it is indeed these flashes that ignite firefly courtship. In prose that is plenty accessible for younger readers, the author doesn't skimp on the details as she divulges ‘some of fireflies' most deeply held secrets'. . . . A delightful book sure to charm nature lovers of all ages."—Kirkus

"Lewis takes readers into the realm of fireflies. . . . An excellent option for insect fans and anyone curious about the lightning bugs in their yards."—Library Journal

"A must-have book for anyone fascinated by fireflies and, by association, glow worms. . . . This is no dry academic textbook. It's a beautifully, even poetically written and detailed account of the lives of fireflies, their behaviour and their biology. . . . This is a book which I heartily recommend."—Robin Scagell, UK Glow Worm Survey

"Most of us probably remember the wonder we experienced the first time we saw a firefly light up a summer night. Sara Lewis Has captured that amazement in a bottle and poured it out onto the page. . . . Silent Sparks is an enlightening book about these fascinating insects. Reading it just might inspire you to go outside and spend a summer night contemplating the wonder of fireflies."—Wild About Ants

"Silent Sparks is at its best when Lewis describes her own experiences in the field, such as lying on her back on the forest floor while flickering fireflies wafted mere inches above her nose. For readers who would like their own experience, Lewis includes a field guide to the most common species found in the southeastern United States (the hot spot of North American firefly diversity). So grab a copy of the book, along with a net, jar and kid you love, and relive fond childhood memories while inspiring a few new ones."—Science News

"Lewis adeptly conveys the wonder of fireflies in this engaging book. Her tone is friendly and conversational, while information conveyed is clear, comprehensive, and accessible for readers. . . . Lewis's inclusion of interesting stories, personal observations, as well as many interviews add to the book's appeal."—Booklist Online

"What makes Silent Sparks catch fire is Lewis's breathtaking ability to channel her inner Rachel Carson and bring that 'sense of wonder' to the table as the author delves into all things Lampyridae."—Bruce Fellman, Kent County Daily Times

"This informative book is written with a passion for fireflies you probably didn't realize existed, and it'll inspire you to reconnect with nature."—Sacramento Bee

"The bottom line: if you are enamored by fireflies, this book is for you."—Choice

"[Lewis] combines her sense of awe with her extensive knowledge of the nearly 2,000 species of fireflies worldwide."—Mary Ann Gwinn, Seattle Times

"Lewis takes us further into their [fireflies'] lives, sharing her knowledge of their growth stages, sex lives, and enemies; she even describes the chemistry that produces their glow. She does so, however, in such clear and accessible prose that she makes these subjects fascinating."—Gerry Rising, Buffalo Spree

"The craft with which this book is written reflects an abiding respect. It was as if the deeper Lewis explored nature, the stronger her regard for it became, as well as her understanding of everything else. . . . A thoroughly delightful look into the astonishing firefly ‘Umvelt.' It is a delightful montage of natural history, biochemistry, behavior, ecology, and evolution."—Fredric V. Venci, Quarterly Review of Biology

"Fireflies are accessible biological magic: jewels of light glinting in summer evenings throughout the world. Silent Sparks is a treasure trove of information that will leave the reader even more astounded by these wondrous insects. Gracefully presented by Sara Lewis, who has studied fireflies for over 30 years as a professor in the Department of Biology at Tufts University, Silent Sparks is well worth reading from cover to cover. . . . Anyone interested in fireflies, biology, biologists, science, and curiosity will find Silent Sparks a reading treasure."—Cate Hibbitt, The American Biology Teacher

"The hardcover version of [Silent Sparks] is part coffee-table book, part research review, and part species identification guide, but its strength is in the stories that Lewis tells of research, much of it her own, deciphering various details of firefly biology and ecology. Lewis appears to have written her book for a lay audience and curious naturalists, but even trained entomologists have a lot to gain from the book."—John F. Tooker, American Entomologist

"This book, by Sara Lewis, a noted biologist, professor, and firefly expert is a rousing introduction into the hidden world of these insects. . . . Lewis opens one's eyes to a spectacular natural wonder. This is a book written for scientists, students, and all who love and feel connected to nature."—Conservation Biology

"With stunning illustrations and accessible text, Silent Sparks takes readers on a guided tour into the hidden world of fireflies. This book explores the wonders of their coded light messages and reveals what has been learned about these beloved beetles through the sleuthing of researchers. Their scientific discoveries bring new awe to the flashing spectacle and love song of fireflies, readily found in fields and forests every summer."—Bernd Heinrich, author of The Homing Instinc

"Silent Sparks makes you want to drop whatever you're doing and devote yourself to learning everything you can about the charismatic, even enlightening, firefly. Sara Lewis, the leading expert on these amazing insects, shows that the night doesn't belong to us—it belongs to fireflies, whose dramatic lives are revealed with humor, insight, and passion."—Marlene Zuk, author of Paleofantasy

"A brilliant biologist, Sara Lewis exudes the curiosity and sheer joy that comes from exploring and celebrating the science of life. It is a great gift to us that she decided long ago to study fireflies and in this marvelous book she reveals a world of wonder that will leave all readers breathless with awe."—Wade Davis, explorer-in-residence of the National Geographic Society

"I found Silent Sparks to be rewarding on so many fronts. Looking at one of nature's most charismatic and deeply loved critters, Sara Lewis provides us with an enjoyable, informative tour into the lives of fireflies. Her engaging book will be accessible to broad audiences within and outside of biology."—Douglas J. Emlen, author of Animal Weapons: The Evolution of Battle

"Silent Sparks is a beautifully written ode to fireflies and their behavior by someone who has made major research discoveries about these fascinating creatures. A combination of personal stories and information on how to study and identify fireflies, this is a book everyone can enjoy."—John Alcock, Regents' Professor Emeritus of Biology, Arizona State University