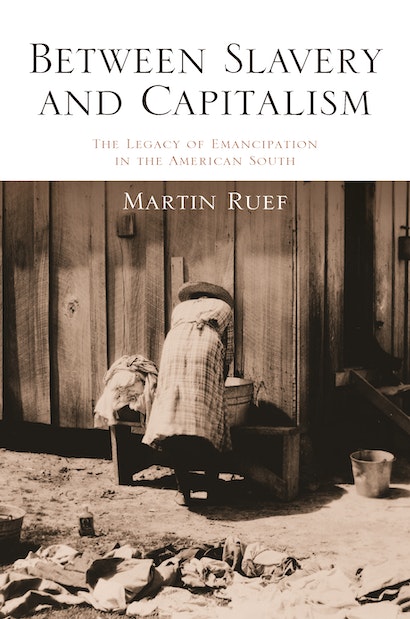 At the center of the upheavals brought by emancipation in the American South was the economic and social transition from slavery to modern capitalism. In Between Slavery and Capitalism, Martin Ruef examines how this institutional change affected individuals, organizations, and communities in the late nineteenth century, as blacks and whites alike learned to navigate the shoals between two different economic worlds. Analyzing trajectories among average Southerners, this is perhaps the most extensive sociological treatment of the transition from slavery since W.E.B. Du Bois’s Black Reconstruction in America.

In the aftermath of the Civil War, uncertainty was a pervasive feature of life in the South, affecting the economic behavior and social status of former slaves, Freedmen’s Bureau agents, planters, merchants, and politicians, among others. Emancipation brought fundamental questions: How should emancipated slaves be reimbursed in wage contracts? What occupations and class positions would be open to blacks and whites? What forms of agricultural tenure could persist? And what paths to economic growth would be viable? To understand the escalating uncertainty of the postbellum era, Ruef draws on a wide range of qualitative and quantitative data, including several thousand interviews with former slaves, letters, labor contracts, memoirs, survey responses, census records, and credit reports.

Through a resolutely comparative approach, Between Slavery and Capitalism identifies profound changes between the economic institutions of the Old and New South and sheds new light on how the legacy of emancipation continues to affect political discourse and race and class relations today.

Martin Ruef is the Egan Family Professor of Sociology and director of Markets and Management Studies at Duke University. He is the author of The Entrepreneurial Group (Princeton) and the coauthor of Organizations Evolving and Institutional Change and Healthcare Organizations. 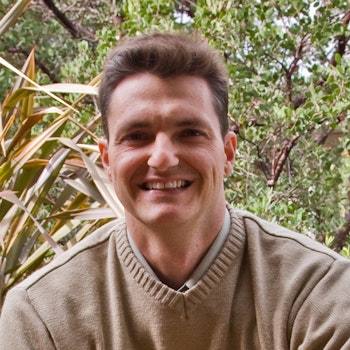 "[A] compelling analysis of the swiftly changing economic and social institutions in the American south after the Civil War."—Heather A. Haveman, Administrative Science Quarterly

"The book excels in providing a comprehensive analytical framework for understanding large-scale social change. . . . Ruef makes excellent use of a wide range of data, including both historical census data and interviews with former slaves conducted by the Federal Writers' Project, to consider patterns of intergenerational status attainment among those who lived through emancipation. . . . A fine exemplar of a historical-comparative analysis of economic change."—Joseph O. Jewell, American Journal of Sociology

"It would seem difficult to add any new knowledge to the history of the southern economy after the Civil War. But Martin Ruef has done just that. By arguing that the reconstruction of the southern economy was an uncertain and conflict-riven process, he suggests that the options that were pursued were a complex social construction that reflected the relative power of planters and their former slaves. Put simply, producing a labor market involved the construction of a new model of racial employment in the South. Ruef's book uses previously unexploited data sources to examine the construction of this market from the bottom up and shows how this affected the life chances of African Americans for at least two generations."—Neil D. Fligstein, University of California, Berkeley

"Ruef has written a marvelously clear and compelling account of the profound transformation of the South's economy after the Civil War, explaining how former slaves and former slaveholders and other whites navigated the uncertain terrain left after the abolition of slavery. This is a model for how to triangulate among multiple historical sources—government censuses, credit ratings, archives on Southern plantations, and interviews with former slaves."—Heather A. Haveman, University of California, Berkeley

"Ruef's book is an absolute must read. His novel analysis—deploying economic sociology's concepts of classical uncertainty (unknown probabilities of known outcomes) and categorical uncertainty (unknown outcomes) to analyze the transitions to capitalism after the U.S. Civil War—can be fruitfully applied to countless situations of profound institutional change, past and present."—Rebecca Jean Emigh, University of California, Los Angeles

"Between Slavery and Capitalism tells a masterful, authoritative, and previously untold story about how pervasive uncertainty shaped the economy of the South following emancipation. Using an impressive array of data to test theory and draw conclusions, Martin Ruef takes up for empirical consideration what most have only speculated and theorized about."—Enobong Hannah Branch, University of Massachusetts, Amherst