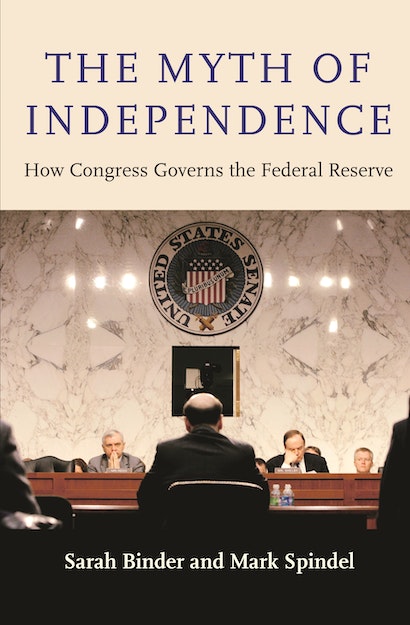 Born out of crisis a century ago, the Federal Reserve has become the most powerful macroeconomic policymaker and financial regulator in the world. The Myth of Independence traces the Fed’s transformation from a weak, secretive, and decentralized institution in 1913 to a remarkably transparent central bank a century later. Offering a unique account of Congress’s role in steering this evolution, Sarah Binder and Mark Spindel explore the Fed’s past, present, and future and challenge the myth of its independence.

Binder and Spindel argue that recurring cycles of crisis, blame, and reform propelled lawmakers to create and revamp the powers and governance of the Fed at critical junctures, including the Panic of 1907, the Great Depression, the postwar Treasury-Fed Accord, the inflationary episode of the 1970s, and the recent financial crisis. Marshaling archival sources, interviews, and statistical analyses, the authors pinpoint political and economic dynamics that shaped interactions between the legislature and the Fed, and that have generated a far stronger central bank than anticipated at its founding. The Fed today retains its unique federal style, diluting the ability of lawmakers and the president to completely centralize control of monetary policy.

In the long wake of the financial crisis, with economic prospects decidedly subpar, partisan rivals in Congress seem poised to continue battling over the Fed’s statutory mandates and the powers given to achieve them. Examining the interdependent relationship between America’s Congress and its central bank, The Myth of Independence presents critical insights about the future of monetary and fiscal policies that drive the nation’s economy.

Sarah Binder is professor of political science at George Washington University and senior fellow at the Brookings Institution. Her books include Advice and Dissent and Stalemate. Mark Spindel has spent his entire career in investment management at such organizations as Salomon Brothers, the World Bank, and Potomac River Capital, a Washington D.C.–based hedge fund he started in 2007. 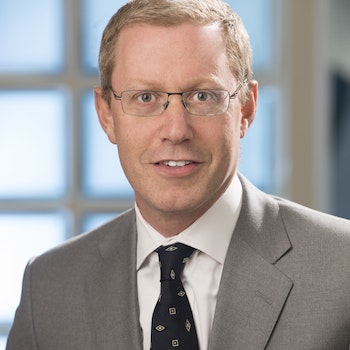 "Even for readers who get through the day without thinking about monetary policy, Ms. Binder and Mr. Spindel offer compelling insights. . . . [An] impressively researched and often riveting study."—Roger Lowenstein, Wall Street Journal

"Binder and Spindel have written an extremely thorough study of the Federal Reserve that shows how the institution, while in theory insulated from politics, is in reality anything but. Binder and Spindel persuasively argue that Congress and the Federal Reserve are interdependent entities. . . . Throughout, fascinating graphics depict the interrelationship between the Fed and congressional politics: one chart links the number of bills introduced to govern Fed policy with the unemployment rate. Binder and Spindel convincingly dispel the ‘myth' of the Fed’s independence as one of the Capitol’s urban legends."—Publishers Weekly

"The Myth of Independence is a timely analysis of political and economic countervailing forces that render the Fed and Congress interdependent."—Joseph M. Santos, EH.net

"A fascinating account of the way political forces in Congress have shaped the Federal Reserve at critical junctures in its history. Highly original and timely, this is a must-read for anyone who wants to understand the political pressures that the Fed will face in coming years."—Liaquat Ahamed, author of the Pulitzer Prize-winning Lords of Finance

"The unique blend of historical and political analysis in The Myth of Independence makes this an important book. No matter how much you already know about the Federal Reserve, you'll learn more in these pages."—Alan Blinder, author of After the Music Stopped

"The Federal Reserve makes economic policy subject to political constraints. This observation may be commonplace, but thoughtful and systematic analysis of it is rare. In this elegant and accessible book, Binder and Spindel shed new light on this tension between economics and politics. Their conclusion, that the Fed's independence is at best fragile and at worst illusory, amounts to a fundamental challenge to conventional thinking about monetary policy in the United States."—Barry Eichengreen, University of California, Berkeley

"There have been many books about the Fed. But we've not had one that truly understands the history and politics surrounding the Fed, and systematically analyzes it. The Myth of Independence sets a new standard, showing how the Fed came about, how it has changed and where it might be going, and what role Congress has played and continues to play in that process."—Norman Ornstein, coauthor of It’s Even Worse Than It Looks

"Independent central banks operate within regimes created by and persisting at the pleasure of legislators. Exploring what exactly this has meant for Fed-Congress relations, Binder and Spindel have produced a fascinating history and timely meditation on the contours of Fed power. To understand how the Fed fits into American democracy, read this book."—Paul Tucker, Harvard Kennedy School and chair of the Systemic Risk Council

"This book examines the interrelationship between Congress and the Federal Reserve over time, analyzing the congressional politics of the Federal Reserve's founding in 1913 and its subsequent institutional development through the aftermath of the 2008 financial crisis. Binder and Spindel incorporate a wealth of systematic data into their historical narrative."—Frances E. Lee, University of Maryland

"With persuasive evidence, The Myth of Independence looks at how the structure and behavior of the Fed is shaped in fundamental ways by Congress. This book is an important and interesting contribution to the study of the American political economy."—Nolan McCarty, Princeton University