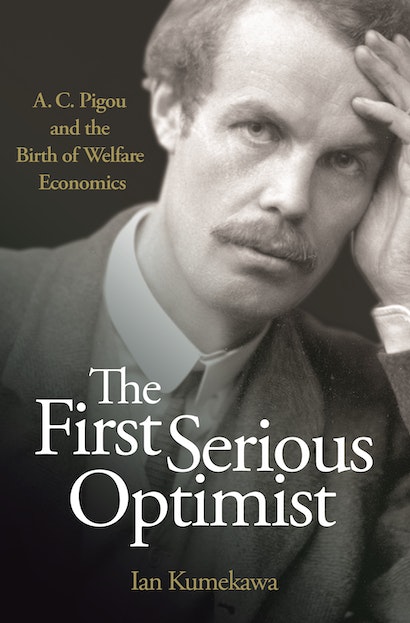 The First Serious Optimist is an intellectual biography of the British economist A. C. Pigou (1877–1959), a founder of welfare economics and one of the twentieth century’s most important and original thinkers. Though long overshadowed by his intellectual rival John Maynard Keynes, Pigou was instrumental in focusing economics on the public welfare. And his reputation is experiencing a renaissance today, in part because his idea of “externalities” or spillover costs is the basis of carbon taxes. Drawing from a wealth of archival sources, Ian Kumekawa tells how Pigou reshaped the way the public thinks about the economic role of government and the way economists think about the public good.

Setting Pigou’s ideas in their personal, political, social, and ethical context, the book follows him as he evolved from a liberal Edwardian bon vivant to a reserved but reform-minded economics professor. With World War I, Pigou entered government service, but soon became disenchanted with the state he encountered. As his ideas were challenged in the interwar period, he found himself increasingly alienated from his profession. But with the rise of the Labour Party following World War II, the elderly Pigou re-embraced a mind-set that inspired a colleague to describe him as “the first serious optimist.”

The story not just of Pigou but also of twentieth-century economics, The First Serious Optimist explores the biographical and historical origins of some of the most important economic ideas of the past hundred years. It is a timely reminder of the ethical roots of economics and the discipline’s long history as an active intermediary between the state and the market.

Ian Kumekawa is a PhD candidate in history at Harvard University, where he works on the history of economic thinking. 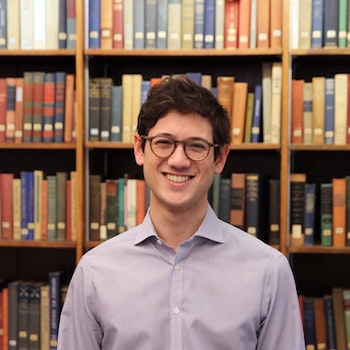 "Through his biographical and historical study of Pigou and his work, Kumekawa shows us how the Cambridge professor bound ethics and economics together, and did so in a way that intersected with the social changes, spurred by the rise of the Labor Party, that were taking place around him."—Choice

"[This book] should be required reading for every economist who has an interest in public economics and public choice economics. . . . It will reaffirm the reader’s faith in the value of intellectual history and of the value of archival historical research. I cannot recommend this book highly enough."—Peter J. Boettke, Public Choice

"[A] fascinating intellectual biography . . . . it is very well researched and the result is a truly enjoyable read."—Maxime Desmarais-Tremblay, History of Economics Ideas

"Among economists, A. C. Pigou is the hero of the market failure school and the scourge of laissez-faire. It is left to historians to move beyond such simplifications and bring out the full complexity of the man. Kumekawa has done just that, offering an enlightening and beautifully written portrait of Pigou and providing a touchstone for putting economists' attempts to increase economic welfare in historical context."—Steven G. Medema, author of The Hesitant Hand: Taming Self-Interest in the History of Economic Ideas

"The most influential British economist between Alfred Marshall and John Maynard Keynes, A. C. Pigou was the first to describe the field of welfare economics. This deeply researched, wide-ranging, and convincing biography brings Pigou to life as never before, both as a pioneering economist and a public figure, showing the importance of his work during his times and its continuing relevance today."—David Cannadine, Princeton University

"The First Serious Optimist is a remarkable portrait of one of the most influential economists of modern times. A. C. Pigou was a theorist of the market and the state, criticized by the right and the left. His theories were the reflection, throughout his life, of his changing understanding of war, poverty, pollution, and economic crisis. Ian Kumekawa's book is a brilliant evocation of the economist in public life."—Emma Rothschild, Harvard University

"This is a remarkable book, from which I learned an enormous amount. Kumekawa has uncovered far more details of Pigou's life than I thought were available."—Roger E. Backhouse, Birmingham University and Erasmus University Rotterdam