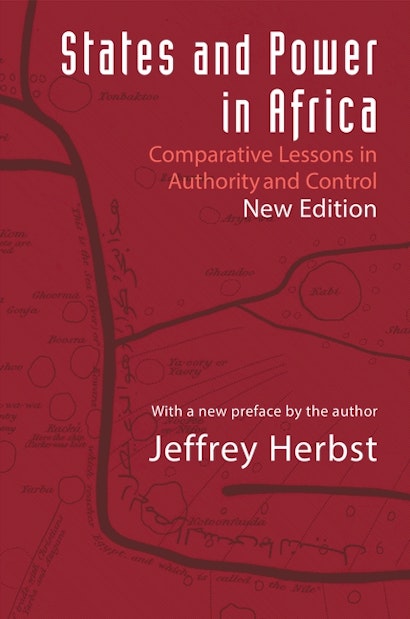 Theories of international relations, assumed to be universally applicable, have failed to explain the creation of states in Africa. There, the interaction of power and space is dramatically different from what occurred in Europe. In States and Power in Africa, Jeffrey Herbst places the African state-building process in a truly comparative perspective. Herbst’s bold contention—that the conditions now facing African state-builders existed long before European penetration of the continent—is sure to provoke controversy, for it runs counter to the prevailing assumption that colonialism changed everything.

This revised edition includes a new preface in which the author links the enormous changes that have taken place in Africa over the past fifteen years to long-term state consolidation. The final chapter on policy prescriptions has also been revised to reflect the evolution of African and international responses to state failure.

"This ambitious and original book turns a comparative historical lens on state-building in Africa. . . . A brave effort to rethink some outdated approaches to fundamental problems."—Foreign Affairs

"An original and intriguing book, which I read with the greatest interest. Herbst's argument is provocative and lucidly presented. This book will be read and debated not only by Africanists but also by others in the political science community. It is the most important and successful contribution to the literature on African politics since Jackson and Rosberg's Personal Rule in Black Africa."—Robert H. Bates, Harvard University, author of Open-Economy Politics: The Political Economy of the World Coffee Trade

"Herbst's arguments will excite controversy among students of African history and politics, who have built up an extensive story about European transformations of African politics. His analysis raises doubts about how deeply those transformations went; rather, he maintains that durable conditions of topography and social structure have long constrained African state formation. Herbst offers an integrated account of state formation, transformation, and deformation in sub-Saharan Africa."—Charles Tilly, Columbia University, author of Durable Inquality