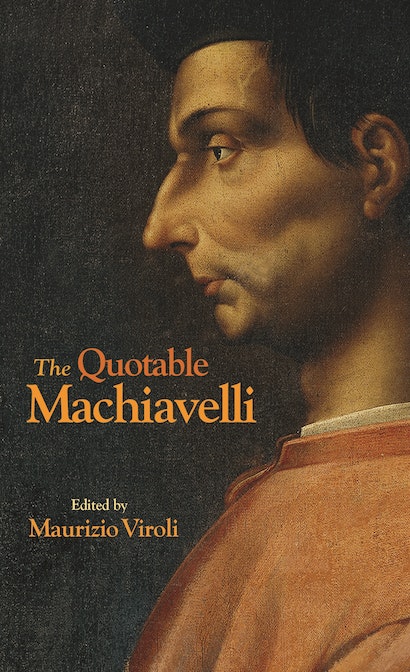 Niccolò Machiavelli (1469–1527) is the father of modern political thought, but he is also one of the greatest writers of the Renaissance and his wisdom and style extend far beyond politics to encompass a compelling philosophy of life as well. In The Quotable Machiavelli, Maurizio Viroli, one of the world’s leading Machiavelli scholars, offers a rich collection of the Florentine’s most memorable words on a wide range of subjects, including politics, the human condition, religion, love and happiness, antiquity and history, patriotism, and virtue. Drawing on Machiavelli’s entire body of writings, and including little-known quotations as well as famous passages, the book shows the full scope of his thought and belies the cliché that he was a “Machiavellian” cynic. In addition to Machiavelli’s own words on dozens of subjects of perennial interest, the book includes some almost unknown texts in which his contemporaries describe him. Complete with a biographical introduction, the book serves as a handy reference and a smart and lively introduction to a masterly thinker and writer.

"The Quotable Machiavelli feels like one of many attempts since the 16th century to rebuild his stature, though perhaps its purpose is simply pleasure. It's absorbing to pick your way through his ideas, absorbing his highly sophisticated view of Renaissance politics."—Robert Fulford, National Post

"I have spent my entire life reading, teaching, and translating Machiavelli, yet seeing his words as Maurizio Viroli presents them here is still a breath of fresh Tuscan and Florentine air. Nobody knows more than Viroli about Machiavelli's life, times, language, and ideas."—Peter Bondanella, editor and translator of The Prince