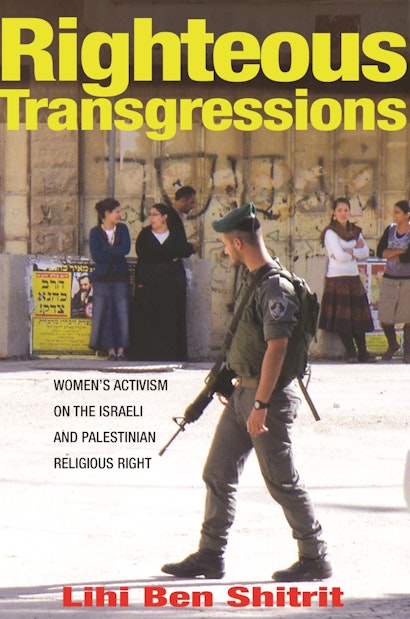 How do women in conservative religious movements expand spaces for political activism in ways that go beyond their movements’ strict ideas about male and female roles? How and why does this activism happen in some movements but not in others? Righteous Transgressions examines these questions by comparatively studying four groups: the Jewish settlers in the West Bank, the ultra-Orthodox Shas, the Islamic Movement in Israel, and the Palestinian Hamas. Lihi Ben Shitrit demonstrates that women’s prioritization of a nationalist agenda over a proselytizing one shapes their activist involvement.

Ben Shitrit shows how women construct “frames of exception” that temporarily suspend, rather than challenge, some of the limiting aspects of their movements’ gender ideology. Viewing women as agents in such movements, she analyzes the ways in which activists use nationalism to astutely reframe gender role transgressions from inappropriate to righteous. The author engages the literature on women’s agency in Muslim and Jewish religious contexts, and sheds light on the centrality of women’s activism to the promotion of the spiritual, social, cultural, and political agendas of both the Israeli and Palestinian religious right.

Looking at the four most influential political movements of the Israeli and Palestinian religious right, Righteous Transgressions reveals how the bounds of gender expectations can be crossed for the political good.

Lihi Ben Shitrit is an assistant professor in the School of Public and International Affairs at the University of Georgia. 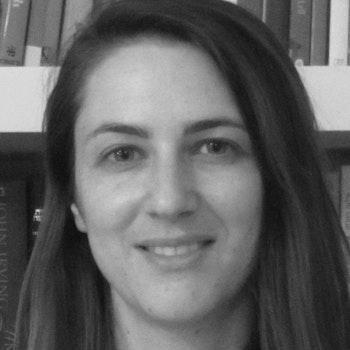 "Ben Shitrit demonstrates a deep understanding of the movements under study and uncovers a wealth of primary and secondary research on the topic. . . . [Righteous Transgressions] is an excellent study of women involved in conservative religious movements."—Choice

"A well-written, insightful, and important contribution to the intersecting fields of gender, religion, and politics. It should be read by all concerned with the study of women and extremism, especially those interested in violent conflict and authoritarian ideology."—Anissa Hélie, Journal of Church and State

"This excellent and rigorously researched book enhances our understanding of Jewish and Muslim religious-political movements and women's attendant roles in ways that have remained largely unaddressed until now. By providing a window into a world seldom seen, let alone traversed, it challenges common understandings about these movements and women's agency therein."—Sara Roy, author of Hamas and Civil Society in Gaza: Engaging the Islamist Social Sector