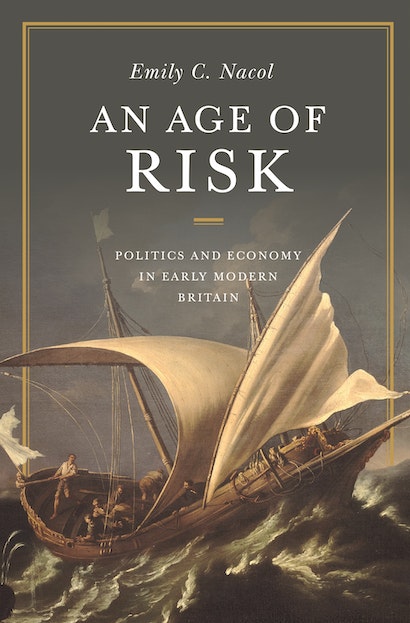 In An Age of Risk, Emily Nacol shows that risk, now treated as a permanent feature of our lives, did not always govern understandings of the future. Focusing on the epistemological, political, and economic writings of Thomas Hobbes, John Locke, David Hume, and Adam Smith, Nacol explains that in seventeenth- and eighteenth-century Britain, political and economic thinkers reimagined the future as a terrain of risk, characterized by probabilistic calculation, prediction, and control.

In these early modern sources, Nacol contends, we see three crucial developments in thought on risk and politics. While early modern thinkers differentiated uncertainty about the future from probabilistic calculations of risk, they remained attentive to the ways uncertainty and risk remained in a conceptual tangle, a problem that constrained good decision making. They developed sophisticated theories of trust and credit as crucial background conditions for prudent risk-taking, and offered complex depictions of the relationships and behaviors that would make risk-taking more palatable. They also developed two narratives that persist in subsequent accounts of risk—risk as a threat to security, and risk as an opportunity for profit. Looking at how these narratives are entwined in early modern thought, Nacol locates the origins of our own ambivalence about risk-taking. By the end of the eighteenth century, she argues, a new type of political actor would emerge from this ambivalence, one who approached risk with fear rather than hope.

By placing a fresh lens on early modern writing, An Age of Risk demonstrates how new and evolving orientations toward risk influenced approaches to politics and commerce that continue to this day.

"This fine study will repay the attention of those who want to understand early modern political philosophy as well as those seeking to puzzle out the native human ambivalence about risk."—Thomas W. Merrill, Review of Politics

"An Age of Risk reconstructs the role of risk and uncertainty in regulating the ideas of Hobbes, Locke, Hume, and Smith, to produce an engaging genealogy of a modern, anxious liberalism. Its fluid prose and nuanced argument cleverly challenges risk-averse liberals who think the history of political and economic thought has nothing to teach them." —Duncan Kelly, University of Cambridge