The importance of the library, from ancient times to the digital era 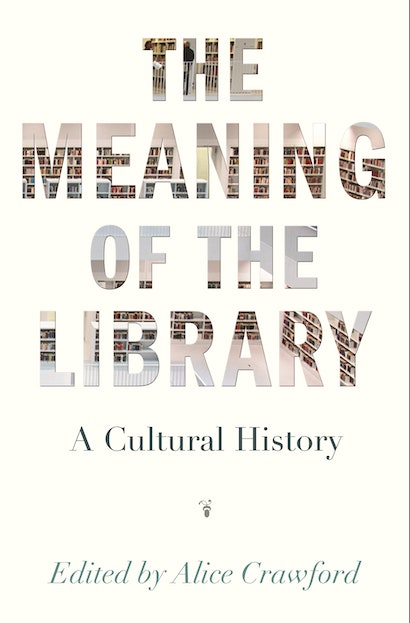 From Greek and Roman times to the digital era, the library has remained central to knowledge, scholarship, and the imagination. The Meaning of the Library is a generously illustrated examination of this key institution of Western culture. Tracing what the library has meant since its beginning, examining how its significance has shifted, and pondering its importance in the twenty-first century, notable contributors—including the Librarian of Congress and the former executive director of the HathiTrust—present a cultural history of the library. In an informative introduction, Alice Crawford sets out the book’s purpose and scope, and an international array of scholars, librarians, writers, and critics offer vivid perspectives about the library through their chosen fields. The Meaning of the Library will appeal to all who are interested in this vital institution’s heritage and ongoing legacy.

Alice Crawford is digital humanities research librarian at the University of St Andrews Library in Scotland. Her books include Paradise Pursued: The Novels of Rose Macaulay.

"[F]or both scholar and general reader, comprehensive bibliographic notes constitute a multilingual gold mine of historical resources on libraries."—Booklist

"As a history and an assessment of an inestimable resource and a force for good in the world,The Meaning of the Libraryis a timely and thought-provoking compilation."—Patricia Craig, Independent

"The Meaning of the Libraryis a riveting and deeply satisfying work that is bound to leave the reader not only far more aware of the sociocultural importance of the institution as a reservoir of heritage and learning, but also inspired to think of issues that lie beyond the earthly and temporal realm."—Lois C. Henderson, Bookpleasures.com

"A marvelous survey of Western libraries and books from Greek and Roman times to today. . . . It is a lovely book, handsomely designed with endnotes, author bios, bibliography, index, and an eight-page, four-color insert-illustrations of ancient and medieval book cabinets."—Wally Wood, Bookpleasures.com

"These pleasant peregrinations exploring the role that libraries . . . have played as preservers, proponents, and providers of culture will appeal widely to library scholars and bibliophiles."—Choice

"This excellent volume, well produced and with an extensive bibliography, is not standard library history, but it is delightful reading, whether consumed as a whole or used to browse in. It should provide any library historians with new insights into their discipline and can be highly recommended."—Peter Hoare, Library & Information History

"Each essay is excellently written and researched; each new perspective illuminates a different fact in great and mind-expanding detail. . . . Bibliophiles, especially, will love [The Meaning of the Library] as it focuses attention on the deeper importance book collections hold."—Gretchen Wagner, San Francisco Book Review

"This wide-ranging survey of the long and tumultuous history of libraries contains at least a dozen tantalizing bits of information per page. I was fascinated and enriched. And because these essays began as lectures delivered in a library, they illustrate beautifully one of the library's most important roles—as a stage set for writers to share what they've learned about various subjects, including Roman bathhouses, Victorian fumigators, plunder, lust, and the eighteenth-century librarian upon whose death, it was said, ‘The books are grievin, ‘mang themselves.'"—Marilyn Johnson, author of This Book Is Overdue!: How Librarians and Cybrarians Can Save Us All

"The Meaning of the Library covers the history of the library from antiquity to the present day. This is a very good collection of essays."—Colin Burrow, editor of Metaphysical Poetry

"The library as a topic is currently of increasing cultural interest. I enjoyed The Meaning of the Library and learned a lot from the book's eclectic and interesting mix of essays."—Richard Ovenden, Bodley's Librarian, University of Oxford