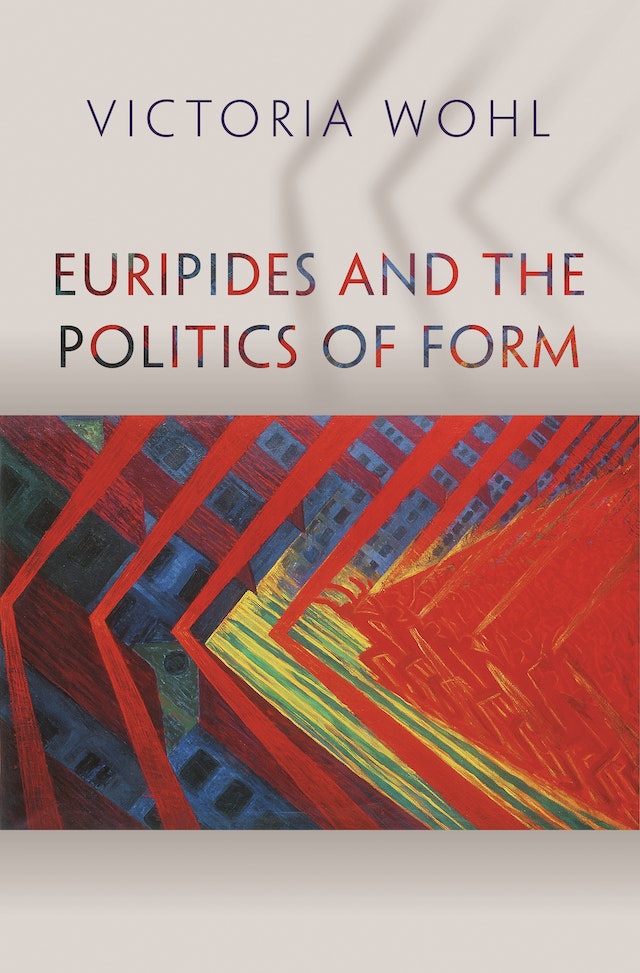 How can we make sense of the innovative structure of Euripidean drama? And what political role did tragedy play in the democracy of classical Athens? These questions are usually considered to be mutually exclusive, but this book shows that they can only be properly answered together. Providing a new approach to the aesthetics and politics of Greek tragedy, Victoria Wohl argues that the poetic form of Euripides’ drama constitutes a mode of political thought. Through readings of select plays, she explores the politics of Euripides’ radical aesthetics, showing how formal innovation generates political passions with real-world consequences.

Euripides’ plays have long perplexed readers. With their disjointed plots, comic touches, and frequent happy endings, they seem to stretch the boundaries of tragedy. But the plays’ formal traits—from their exorbitantly beautiful lyrics to their arousal and resolution of suspense—shape the audience’s political sensibilities and ideological attachments. Engendering civic passions, the plays enact as well as express political ideas. Wohl draws out the political implications of Euripidean aesthetics by exploring such topics as narrative and ideological desire, the politics of pathos, realism and its utopian possibilities, the logic of political allegory, and tragedy’s relation to its historical moment.

Breaking through the impasse between formalist and historicist interpretations of Greek tragedy, Euripides and the Politics of Form demonstrates that aesthetic structure and political meaning are mutually implicated—and that to read the plays poetically is necessarily to read them politically.

Victoria Wohl is professor of classics at the University of Toronto. She is the author of Intimate Commerce: Exchange, Gender, and Subjectivity in Greek Tragedy, Love among the Ruins: The Erotics of Democracy in Classical Athens (Princeton), and Law's Cosmos: Juridical Discourse in Athenian Forensic Oratory. She is also the editor of Probabilities, Hypotheticals, and Counterfactuals in Ancient Greek Thought.

"Wohl is a careful reader of Euripides and she advances cogent observations and arguments, many about more than just the formal aspects of his plays."—Choice

"An important and thoughtful analysis of the relationship between politics and aesthetic form in a select number of Euripidean plays. . . . An insightful study that is accessible to students and rewarding for scholars. It makes a major contribution to the study of Euripidean drama and offers a productive model for rethinking how tragedy worked through aesthetic form."—David Kawalko Roselli, Bryn Mawr Classical Review

"This book goes to the heart of thinking about tragedy and politics. Victoria Wohl links issues of tragic form directly to politics in a subtle and smart way. And the book is written with a clarity and simplicity that will make it very popular among students."—Simon Goldhill, University of Cambridge

"In this elegantly written book, Victoria Wohl advances our thinking about Euripidean drama by supplying a new framework for reading the plays. Her bold proposal to connect aesthetics to politics enriches a long debate surrounding the plays' relation to Athenian democratic institutions and civic discourse."—Angeliki Tzanetou, University of Illinois, Urbana-Champaign