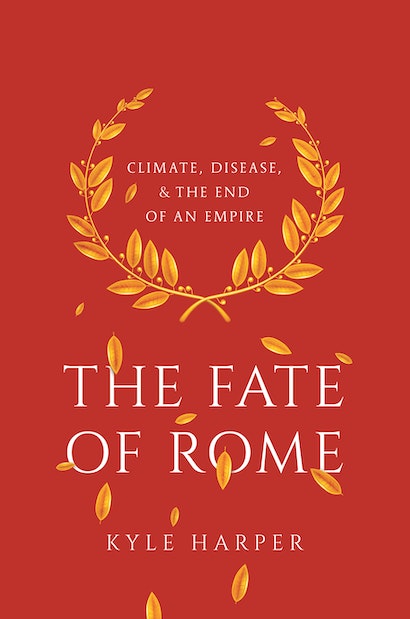 Interweaving a grand historical narrative with cutting-edge climate science and genetic discoveries, Kyle Harper traces how the fate of Rome was decided not just by emperors, soldiers, and barbarians but also by volcanic eruptions, solar cycles, climate instability, and devastating viruses and bacteria. He takes readers from Rome’s pinnacle in the second century, when the empire seemed an invincible superpower, to its unraveling by the seventh century, when Rome was politically fragmented and materially depleted. Harper describes how the Romans were resilient in the face of enormous environmental stress, until the besieged empire could no longer withstand the combined challenges of a “little ice age” and recurrent outbreaks of bubonic plague.

A poignant reflection on humanity’s intimate relationship with the environment, The Fate of Rome provides a sweeping account of how one of history’s greatest civilizations encountered and endured, yet ultimately succumbed to the cumulative burden of nature’s violence. The example of Rome is a timely reminder that climate change and germ evolution have shaped the world we inhabit—in ways that are surprising and profound.

Kyle Harper is professor of classics and letters at the University of Oklahoma. He is the author of Slavery in the Late Roman World, AD 275–425 and From Shame to Sin: The Christian Transformation of Sexual Morality in Late Antiquity. He lives in Norman, Oklahoma. 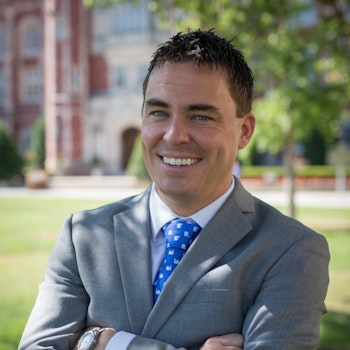 "I read a lot of history in my spare time, and as best I can tell modern scholarship is telling us that Rome really was something special. What I learned from Peter Temin, and at greater length from Kyle Harper, was that Rome wasn’t your ordinary pre-industrial economy. . . . Harper notes that Rome was held back in some ways by a heavy burden of disease, an unintentional byproduct of urbanization and trade that a society lacking the germ theory had no way to alleviate. But still, the Romans really did achieve remarkable things on the economic front."—Paul Krugman, New York Times

"A work of remarkable erudition and synthesis, Harper’s timely study offers a chilling warning from history of 'the awesome, uncanny power of nature'."—P. D. Smith, The Guardian

"A view of the fall of Rome from a different angle, looking beyond military and social collapse to man's relationship to the environment. There is much to absorb in this significant scholarly achievement, which effectively integrates natural, social, and humanistic sciences."—Kirkus

"[A] sweeping retelling of the rise and fall of an empire, [that] was brought down as much by ‘germs as by Germans.'"—Keith Johnson, Foreign Policy

"An ambitious and convincing reappraisal of one of the most studied episodes of decline and fall in human history."—Ellie Robins, Los Angeles Review of Books

"Beautifully and often wittily written, this is history that has some of the impact of a great work of dystopian science fiction."—Tom Holland, BBC History Magazine

"This beautifully written book is ground-breaking stuff, both for its method and content, and one of the most important of the year."—Adrian Spooner, Classics for All

"Harper’s focus is resolutely historical, dealing only glancingly with modern climate concerns. But the book’s theme is essentially a timeless one: how big, complex societies handle strain and shocks from factors outside of their control. That gives it some relevance to the challenges we face today. . . . If the Fate of Rome proves anything, it’s that nature always has the last laugh."—Asher Elbein, Earther.com

"The Fate of Rome is one of the most immediately readable histories of the year, always investing even the most well-known subjects with the vigor of fresh perspective."—Steve Donoghue, Open Letters Monthly

"A recent book makes a convincing case that we need to be more cognizant of the natural world’s role in all this. The Fate of Rome: Climate, Disease and the End of An Empire, by the University of Oklahoma’s Kyle Harper, makes a strong argument for the role of plague and a shifting climate in the confluence of political, economic, and social processes that we label the fall of the Roman Empire."—Patrick Wyman, Deadspin

"Drawing on cutting-edge research into ice cores, cave stones, lake deposits, and other sediments, Harper explores the influence of the changing climate on Rome’s history. With a storyteller’s flair, he describes how the climate’s impact was by turns subtle and overwhelming, alternately constructive and destructive, but that the changing climate was ultimately a ‘wild card’ that transcended all the other rules of the game. . . . Harper reveals how the fate of Rome was decided not just by emperors, soldiers, and barbarians, but also by climate instability and pernicious disease."—Lucia Marchini, World Archaeology

"[Harper's] aim in The Fate of Rome, however, is to foreground one class of explanations that has hitherto been relatively neglected by historians: the influence of climate and disease. Such explanations are not new, but Harper brings to the table a large body of recent scientific research into the evolution of ancient diseases, disease ecology and historical climate variations. . . . The wealth of new detail Harper offers to support his general theses is the true strength of his book."—Jeffrey Mazo, Survival

"Harper . . . has assembled compelling evidence that Rome died mainly from natural causes: pandemic diseases and a temperamental climate. . . . We know far more about both the causes of climate change and the ecology of germs than our ancient ancestors did. Perhaps we have a fighting chance of avoiding Rome’s fate, if we heed the true lessons of its fall."—Madeline Ostrander, Undark Magazine

"The Fate of Rome should probably sit on shelves next to Gibbon’s masterwork. In time, one feels, it will be seen every bit as much an essential text."—Andrew Masterson, Cosmos Magazine

"Gibbon’s is just one of myriad theories as to why Rome fell after a millennium of unprecedented (and never repeated) strength. [Harper] adds a fascinating theory to the corpus—one that could only be ventured at this particular point in history . . . because his thesis rests entirely on modern science. Harper, an able and often eloquent writer argues, Rome was brought down by two environmental components: pestilence and climate. And when these two worked in concert, things really got bad."—Tony Jones, Christian Century

"Harper has produced a wonderful case study that demands a general rethinking of how we view the decline and fall of the Roman Empire."—Williamson Murray, The Strategy Bridge

"[T]he author takes pains not to descend into the kind of reductive or utterly contingent account of the Roman experience that eliminates human agency from the story. Instead Harper furnishes a richly detailed account of the environment in which—and with which—Romans and their enemies contended."—W. Jeffrey Tatum, Quarterly Review of Biology

"I recommend The Fate of Rome: Climate, Disease, and the End of an Empire by Kyle Harper. Given all of the other threats we face we thankfully don’t have to deal with the added dual challenges of climate change or new pandemics—right?"—William F. Wechsler, Atlantic Council

"The Fate of Rome is the book every scholar wants to write once during his or her career. . . . In the end, The Fate of Rome is nothing short of monumental. . . . An important work need not be an excellent one—this is both."—Carson Bay, H-Net Reviews

"This is an important book . . . . [Harper] should be congratulated on his attempt to create closer connections between traditional visions of Roman imperial history and the emerging scientific evidence regarding past populations and their environments."—Adam Izdebski, Environment and History

"The Fate of Rome is engaging and accessible for readers of all stripes. Historians will appreciate the fuller picture gained from incorporating nonhuman forces into our understanding of the past . . . . Its story will also resonate with those interested in climate change, empire, and science."—John Bowlus, Energy Reporters

"This is the story of a great civilization's long struggle with invisible enemies. In the empire's heyday, in 160 CE, splendid cities, linked by famous roads and bustling harbors, stand waiting for the lethal pathogens of Central Africa and the highlands of Tibet. Yet, under the flickering light of a variable sun, beneath skies alternately veiled in volcanic dust or cruelly rainless, this remarkable agglomeration of human beings held firm. Harper's account of how the inhabitants of the empire and their neighbors adjusted to these disasters is as humane as his account of the risks they faced is chilling. Brilliantly written, at once majestic and compassionate, this is truly great history."—Peter Brown, author of Through the Eye of a Needle: Wealth, the Fall of Rome, and the Making of Christianity in the West, 350–550 AD

"In this riveting history, Kyle Harper shows that disease and environmental conditions were not just instrumental in the final collapse of the Roman Empire but were serious problems for centuries before the fall. Harper's compelling and cautionary tale documents the deadly plagues, fevers, and other pestilences that ravaged the population time and again, resulting in far more deaths than ever caused by enemy forces. One wonders how the empire managed to last as long as it did."—Eric H. Cline, author of 1177 B.C.: The Year Civilization Collapsed

"This brilliant, original, and stimulating book puts nature at the center of a topic of major importance—the fall of the Roman Empire—for the first time. Harper's argument is compelling and thoroughly documented, his presentation lively and robust."—Peter Garnsey, coauthor of The Roman Empire: Economy, Society, and Culture

"Kyle Harper's extraordinary new account of the fall of Rome is a gripping and terrifying story of the interaction between human behavior and systems, pathogens and climate change. The Roman Empire was a remarkable connector of people and things—in towns and cities, through voluntary and enforced migration, and through networks of trade across oceans and continents—but this very connectedness fostered infectious diseases that debilitated its population. Though the protagonists of Harper’s book are nonhuman, their effects on human lives and societies are nonetheless devastating."—Emma Dench, author of Romulus’ Asylum: Roman Identities from the Age of Alexander to the Age of Hadrian

"Kyle Harper is a Gibbon for the twenty-first century. In this very important book, he reveals the great lesson that the decline and fall of the Roman Empire can teach our own age: that humanity can manipulate nature, but never defeat it. Sic transit gloria mundi."—Ian Morris, author of Why the West Rules—for Now

"The Fate of Rome is a breakthrough in the study of the Roman world—intrepid, innovative, even revolutionary."—Walter Scheidel, The Great Leveler: Violence and the History of Inequality from the Stone Age to the Twenty-First Century

"Kyle Harper’s The Fate of Rome illuminates with a strong new light the entirety of Roman history, by focusing relentlessly on the ups and downs of the Roman coexistence with the microorganisms that influenced every aspect of their lives in powerful ways, while themselves being conditioned by what the Romans did, and failed to do. Others, including myself, have devoted pages to the impact of the greatest epidemics in our books. We missed what happened in between. Harper does not, and the result is a book that is fascinating as well as instructive."—Edward N. Luttwak, author of The Grand Strategy of the Roman Empire

"Learned, lively, and up-to-date, this is far and away the best account of the ecological and environmental dimensions of the history of the Roman Empire."—J. R. McNeill, author of Something New under the Sun: An Environmental History of the Twentieth-Century World