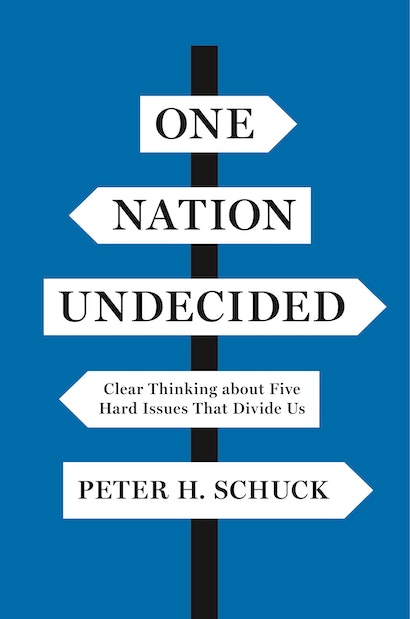 Let’s be honest, we’ve all expressed opinions about difficult hot-button issues without always thinking them through. With so much media spin, political polarization, and mistrust of institutions, it’s hard to know how to think about these tough challenges, much less what to do about them. One Nation Undecided takes on some of today’s thorniest issues and walks you through each one step-by-step, explaining what makes it so difficult to grapple with and enabling you to think smartly about it.

In this unique what-to-do book, Peter Schuck tackles poverty, immigration, affirmative action, campaign finance, and religious objections to gay marriage and transgender rights. For each issue, he provides essential context; defines key concepts and values; presents the relevant empirical evidence; describes and assesses the programs that now seek to address it; and considers many plausible solutions. Schuck looks at all sides with scrupulous fairness while analyzing them rigorously and factually. Each chapter is self-contained so that readers may pick and choose among the issues that interest and concern them most. His objective is to educate rather than proselytize you—the very nature of these five issues is that they resist clear answers; reasonable people can differ about where they come out on them.

No other book provides such a comprehensive, balanced, and accessible analysis of these urgent social controversies. One Nation Undecided gives you the facts and competing values, makes your thinking about them more sophisticated, and encourages you to draw your own conclusions.

Peter H. Schuck is the Simeon E. Baldwin Professor Emeritus of Law at Yale University. His many books include Why Government Fails So Often (Princeton), Meditations of a Militant Moderate, Diversity in America, and Agent Orange on Trial. He lives in New York City. 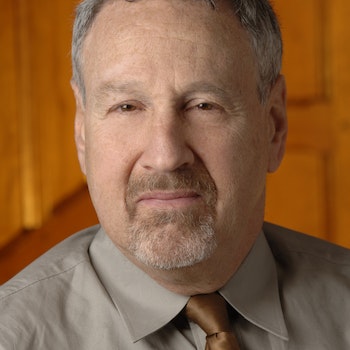 "[Peter Schuck's] richly detailed, tough-minded book will inform and challenge readers, whether they are on the political left, right, or center. . . . Schuck has given us a model for an informed citizenry. And, alas, a palpable demonstration that hard thinking isn't easy."—Glenn C. Altschuler, Huffington Post

"At a time of deep social and political division, along comes a much-needed book to steer us toward solutions to five very difficult national problems. There could be no better guide for this endeavor than Peter Schuck, one of the clearest and most thoughtful legal and policy scholars of this or any generation. Every policymaker at every level of government, and ideally every citizen, should read this book."—Robert E. Litan, author of Trillion Dollar Economists

"This is scholarship as performance art: Peter Schuck challenges our polarized era's life inside self-contained ideological silos by demonstrating what an evidence-based approach to policy, which sympathetically engages with competing positions, can teach us about many of our most hotly contested issues."—Richard H. Pildes, New York University School of Law

"Bringing together legal, political, empirical, and normative analysis, Peter Schuck trains his immense critical faculties and deep learning on five knotty public problems. The result is bracing. No policy wonk is likely to agree with all of the conclusions offered by this self-described ‘militant moderate.' But all who care about the commonweal will come away thinking more clearly and more wisely."—Kay Lehman Schlozman, Boston College

"In this nuanced, intellectually eclectic, and scrupulously honest engagement with five ‘hard problems' facing America, Peter Schuck sets for himself one supremely hard problem: How can evidence and analysis be made to prevail over passion and spin in our increasingly polarized, diminishingly reality-based republic? If anyone can pull off a plausible pep talk for reasoned debate on contentious public choices these days, Schuck can."—John D. Donahue, Harvard Kennedy School

"Quite good. One Nation Undecided gives detailed background on the facts and analysis of five controversial U.S. issues: poverty, immigration, campaign finance, affirmative action, and religious exemptions from government policies. Whatever your views on these issues, it's important to know the facts. Reading this book carefully made me, a policy wonk, realize how little I knew about four of those issues and that I didn’t know quite as much as I thought I knew about the fifth, immigration."—David Henderson, Regulation