How Israel is dividing American Jews 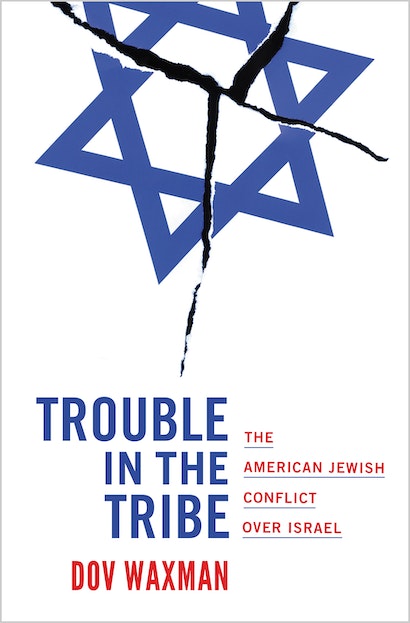 Trouble in the Tribe explores the increasingly contentious place of Israel in the American Jewish community. In a fundamental shift, growing numbers of American Jews have become less willing to unquestioningly support Israel and more willing to publicly criticize its government. More than ever before, American Jews are arguing about Israeli policies, and many, especially younger ones, are becoming uncomfortable with Israel’s treatment of Palestinians. Dov Waxman argues that Israel is fast becoming a source of disunity for American Jewry, and that a new era of American Jewish conflict over Israel is replacing the old era of solidarity.

Israel used to bring American Jews together. Now it is driving them apart. Trouble in the Tribe explains why.

Dov Waxman is professor of political science, international affairs, and Israel studies at Northeastern University. He is the author of The Pursuit of Peace and the Crisis of Israeli Identity and the coauthor of Israel's Palestinians: The Conflict Within. 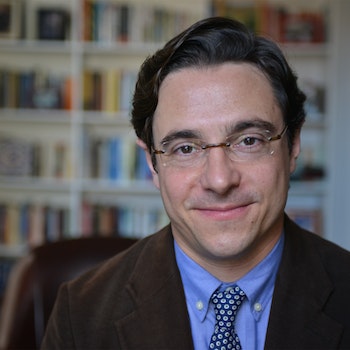 "A meticulous, precise, well-organized survey that takes into account the many different views and will certainly facilitate the heated conversation."—Kirkus

"As a primer on the American Jewish machloket (argument) over Israel, Trouble in the Tribe is extremely useful. Its data is copious . . . its charts are handy; its perspective mostly balanced. . . . It is an excellent guide for the perplexed."—Jay Michaelson, Moment Magazine

"As Waxman convincingly demonstrates in this valuable and important book, the very thing that once united the American Jewish community—Israel—now is the thing that divides us most of all."—Moti Rieber, Kansas City Jewish Chronicle

"[A] detailed and meticulously balanced account. . . . Both Waxman's complex picture of American Jewry and the plea for ‘critical engagement' emerging from it deserve our serious consideration."—William Kolbrener, Times Higher Education

"An accessible, readable introduction to the topic."—Choice

"Waxman deserves plaudits for tackling an important and very timely subject that has heretofore been ignored by the scholarly literature on the Israeli-Palestinian conflict. He analyzes a complicated and contentious topic with rare objectivity, ample research and calm reasoning. Trouble in the Tribe is an indispensable volume for anyone seeking to understand why American Jews quarrel over Israel."—Michael Rubner, Middle East Policy

"This book offers a useful grounding for thinking about the changes already taking place [in the American Jewish community], and what may lie ahead."—Survival

"Dov Waxman has written a book that will likely become a standard text. In Trouble in the Tribe, he examines the American Jewish discussion of the Israeli–Palestinian conflict and presents it coherently and critically."—Edward Rettig, Israel Journal of Foreign Affairs

"Not only those carrying out academic studies, but anyone who is interested in learning about these much-discussed topics, will certainly gain a clearer perspective with the help of this book."—Fatih Şemsettin Işık, Insight Turkey

"Dov Waxman could hardly have picked a more contentious topic for investigation than the troubled relationship between (and among) American Jews and Israel. But with Trouble in the Tribe, he brings to bear a rare combination of calm, reasoned analysis with scrupulous scholarly research. American Jewish arguments about Israel will certainly continue, but if Waxman's contribution to it gets the attention it deserves, they should be based far more on complex reality than simplistic fantasy. And we will all be better for it."—Eric Alterman, columnist for the Nation

"Good books, Orwell once wrote, set your scattered thoughts in order—in a way, tell you what you already know. Dov Waxman's Trouble in the Tribe lays it out: the attitudes, the clashes, the numbers, the future. For a generation, American Jewish solidarity regarding Israel was indistinguishable from the élan of community life. Waxman shows how, and why, this can change, even how Israel has become polarizing for congregational life. A grim, real, necessary book."—Bernard Avishai, Dartmouth College and the Hebrew University of Jerusalem

"This is an extremely important book that will have profound consequences. When puzzled friends ask me why the American Jewish community is now so divided over Israel, this is the book I will recommend."—Kenneth D. Wald, coauthor of Religion and Politics in the United States

"Trouble in the Tribe is an outstanding book. Waxman's judgments are fair, judicious, and balanced."—Theodore Sasson, author of The New American Zionism