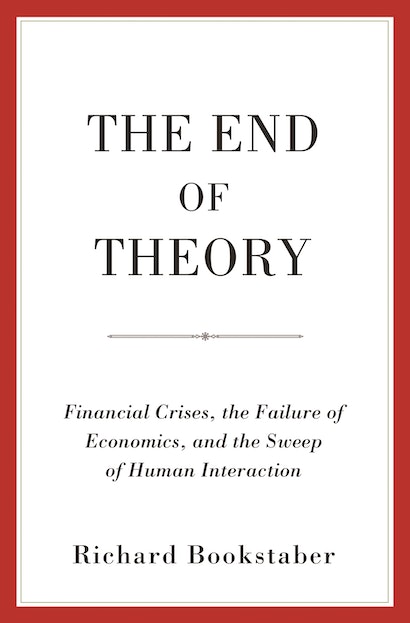 Our economy may have recovered from the Great Recession—but not our economics. In The End of Theory, Richard Bookstaber discusses why the human condition and the radical uncertainty of our world renders the standard economic model—and the theory behind it—useless for dealing with financial crises. What model should replace it? None. At least not any version we’ve been using for the past two hundred years. Instead, Bookstaber argues for a new approach called agent-based economics, one that takes as a starting point the fact that we are humans, not the optimizing automatons that standard economics assumes we are.

Bookstaber’s groundbreaking paradigm promises to do a far better job at preventing crises and managing those that break out. As he explains, our varied memories and imaginations color our economic behavior in unexpected hues. Agent-based modeling embraces these nuances by avoiding the mechanistic, unrealistic structure of our current economic approach. Bookstaber tackles issues such as radical uncertainty, when circumstances take place beyond our anticipation, and emergence, when innocent, everyday interactions combine to create sudden chaos. Starting with the realization that future crises cannot be predicted by the past, he proposes an approach that recognizes the human narrative while addressing market realities.

Sweeping aside the historic failure of twentieth-century economics, The End of Theory offers a novel and innovative perspective, along with a more realistic and human framework, to help prevent today’s financial system from blowing up again.

Richard Bookstaber has overseen risk management at investment banks Morgan Stanley and Salomon Brothers, as well as major hedge funds such as Moore Capital and Bridgewater. He has also held positions at the U.S. Treasury, and is currently at the University of California. He is the author most recently of A Demon of Our Own Design (Wiley). 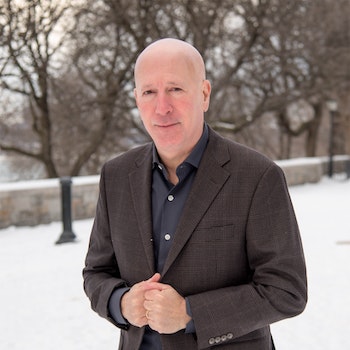 "The End of Theory holds some important lessons for financial markets today. . . . According to Bookstaber, it's time to stop tweaking a 150-year-old model that seems to be getting worse, not better, at predicting crises, and embrace something totally new. Finally, and perhaps most usefully, he challenges the economics profession itself, where too many experts still have way too much faith in their own mathematical infallibility."—Rana Faroohar, Financial Times

"[A]nyone who wants to understand the workings of the financial system will benefit from reading this book. . . . The analysis is top-notch."—The Economist

"This book sets out to be a breezy but erudite, addition to the list of volumes on what is wrong with economics and how to fix it."—Peter Morris, Financial World

"Bookstaber himself is a practitioner of agent-based modeling as applied to financial markets, and his description of this approach in the latter part of his book is its most interesting section."—Diane Coyle, Project Syndicate

"What makes The End of Theory unusual among critiques of the genre is that Bookstaber makes a case for an interesting alternative approach, called agent-based modeling (ABM)."—Arnold Kling, Econlib

"Bookstaber has done a great job of exposing the flaws in dominant economic theories. For anyone concerned with these issues, [The End of Theory] is well worth reading."—John Quiggin, Inside Story

"Bookstaber slams the economic models. . . . Bookstaber, who spent his career on Wall Street, argues these should be replaced by ‘agent-based' models that incorporate the herd behaviour readily observed in financial crises across all countries through time."—Adam Creighton, The Australian

"[The End of Theory] is a suggestive, if not convincing, representation of agent-based modeling possibilities."—Choice

"Richard Bookstaber is well placed to discuss the topic. . . . The End of Theory is relevant to anyone working in the financial industry. . . . All investment professionals will gain useful insights from this rewarding book."—Financial Analysts Journal

"Bookstaber’s cogent and accessible book explains the financial crisis of 2008 in great detail, demonstrating how people’s reactions to events—sometimes emotional, sometimes rational—influenced the behavior of other people, which then reverberated back to the initial actors."—Foreign Affairs

"Erudite, fun to read, and sure to be a classic, The End of Theory discards the standard paradigms of economics. Financial crises, Bookstaber argues, are best modeled as they occur in reality: the heuristic interactions of humans in a complex environment."—Darrell Duffie, Stanford University

"Greg Mankiw said a decade ago, ‘The fact that modern macroeconomic research is not widely used in practical policymaking is prima facie evidence that it is of little use for this purpose.' In The End of Theory, Richard Bookstaber explains why this is so, and presents an alternative to change this situation. Showing that agent-based modeling provides a way of recognizing patterns that emerge as economic crises develop, Bookstaber's approach should help dampen crises and their impacts. What could be more important?"—Alan Kirman, director of studies, École des Hautes Études en Sciences Sociales and emeritus professor of economics, Aix-Marseille University

"Seeking to reorient economics research, this ambitious book outlines a strong alternative approach based on agent-based computational models. With a lively and engaging style, Bookstaber reveals a deep knowledge of several fields, including mathematics and computer science, and a practical understanding of the financial sector. His book is fun to read, pedagogically brilliant, and deeply erudite."—Rajiv Sethi, Barnard College

"This impressive book ties together important insights from several disciplines—from science and philosophy to literature—and applies them to questions of financial stability and economic modeling. From this in-depth perspective, Bookstaber offers readers a great deal of useful information about the 2008 financial crisis and stresses how ripples of events tracked across the system."—Blake LeBaron, Brandeis University