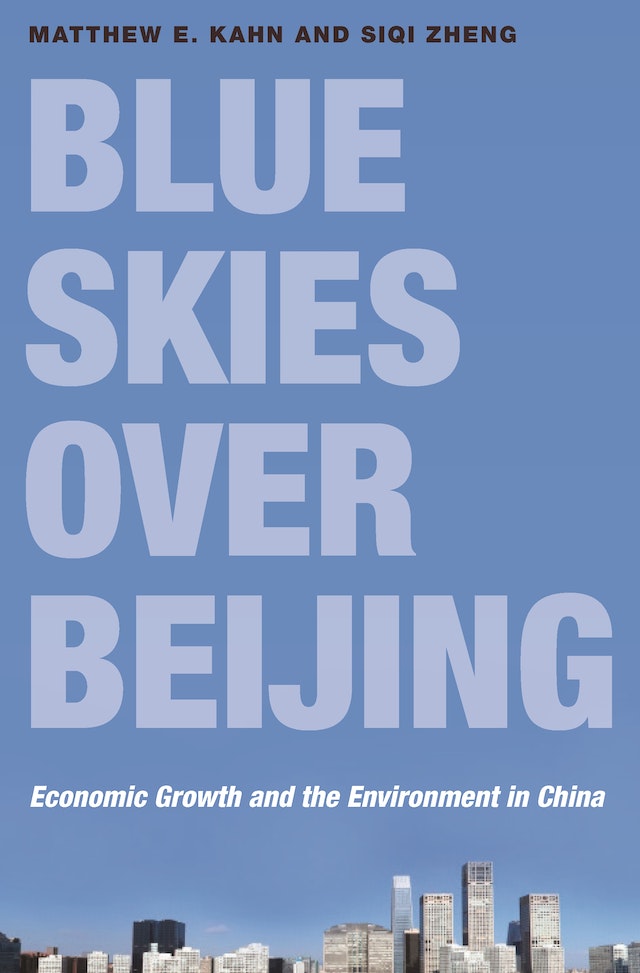 Over the past thirty years, even as China’s economy has grown by leaps and bounds, the environmental quality of its urban centers has precipitously declined due to heavy industrial output and coal consumption. The country is currently the world’s largest greenhouse-gas emitter and several of the most polluted cities in the world are in China. Yet, millions of people continue moving to its cities seeking opportunities. Blue Skies over Beijing investigates the ways that China’s urban development impacts local and global environmental challenges. Focusing on day-to-day choices made by the nation’s citizens, families, and government, Matthew Kahn and Siqi Zheng examine how Chinese urbanites are increasingly demanding cleaner living conditions and consider where China might be headed in terms of sustainable urban growth.

Kahn and Zheng delve into life in China’s cities from the personal perspectives of the rich, middle class, and poor, and how they cope with the stresses of pollution. Urban parents in China have a strong desire to protect their children from environmental risk, and calls for a better quality of life from the rising middle class places pressure on government officials to support greener policies. Using the historical evolution of American cities as a comparison, the authors predict that as China’s economy moves away from heavy manufacturing toward cleaner sectors, many of China’s cities should experience environmental progress in upcoming decades.

Looking at pressing economic and environmental issues in urban China, Blue Skies over Beijing shows that a cleaner China will mean more social stability for the nation and the world.

Matthew E. Kahn is professor of economics and spatial statistics at the University of Southern California. His books include Climatopolis (Basic), Green Cities (Brookings), and Heroes and Cowards (Princeton). Siqi Zheng is a professor and the director of the Hang Lung Center for Real Estate at Tsinghua University in China, and the deputy head of the university's Department of Construction Management. 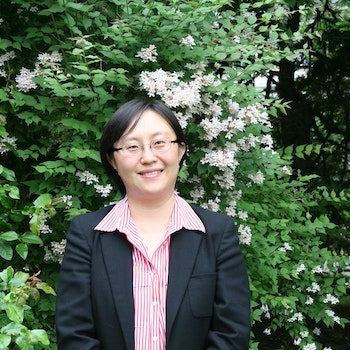 "Easily understandable regardless of a reader's familiarity with China or environmental policy, this excellent resource will interest readers of the environmental situation in China and its impact on the global community."—Library Journal

"A well-written description of what China’s urban residents and their government are doing to live with and reduce air pollution."—Herman F. Huang, China Review International

"China is an economic miracle and an environmental nightmare. In Blue Skies over Beijing, Kahn and Zheng show how the path to a cleaner, greener China lies with its cities. This is an important book on the connections between economic growth, the environment, and urbanization."—Richard Florida, author of Rise of the Creative Class

"Our planet's environmental future will be shaped significantly by China. Yet American environmentalists are far more likely to know about local recycling ordinances than major trends in Beijing and Shanghai. Kahn and Zheng give us an enlightening, engaging overview of China's journey from smog to clear skies and their book is a must-read for those who care about our global future. In an age of environmental pessimism, Kahn and Zheng provide an optimistic counterpoint with wit and wisdom."—Edward Glaeser, Harvard University

"Blue Skies over Beijing comes at an important time for China, when the exploding incomes of urban dwellers are colliding with rising pollution in the cities where they live. With a strong economic backbone and a unique and timely focus on the rise of China's middle class, this inspiring book will change the way we think about the links between changing urban landscapes and environmental quality."—Maximilian Auffhammer, University of California, Berkeley

"To my knowledge, Blue Skies over Beijing is the first book to systematically use economics to understand China's urban challenges. With comprehensive and in-depth analysis, it makes a significant contribution to urban economics, environmental economics, and international development."—Junjie Zhang, University of California, San Diego