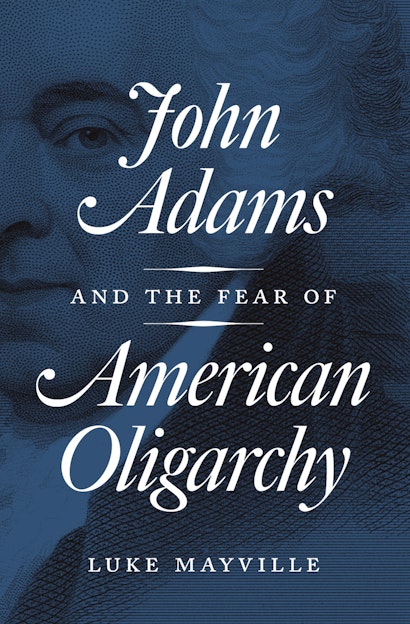 Long before “the one percent” became a protest slogan, American founding father John Adams feared the power of a class he called simply “the few”—the wellborn, the beautiful, and especially the rich. In John Adams and the Fear of American Oligarchy, Luke Mayville presents the first extended exploration of Adams’s preoccupation with a problem that has a renewed urgency today: the way in which inequality threatens to corrode democracy and empower a small elite. By revisiting Adams’s political writings, Mayville draws out the statesman’s fears about the danger of oligarchy in America and his unique understanding of the political power of wealth—a surprising and largely forgotten theory that promises to illuminate today’s debates about inequality and its political consequences.

Adams believed that wealth is politically powerful in modern societies not merely because money buys influence, but also because citizens admire and even sympathize with the rich. He thought wealth is powerful in the same way that beauty is powerful—it distinguishes its possessor and prompts reactions of approval and veneration. Citizens vote for—and with—the rich not because, as is often said, they hope to be rich one day, but because they esteem the rich and submit to their wishes. Mayville explores Adams’s theory of wealth and power in the context of his broader concern about social and economic inequality, and also examines his ideas about how oligarchy might be countered.

A compelling work of intellectual history, John Adams and the Fear of American Oligarchy also has important lessons for today’s world of increasing inequality. 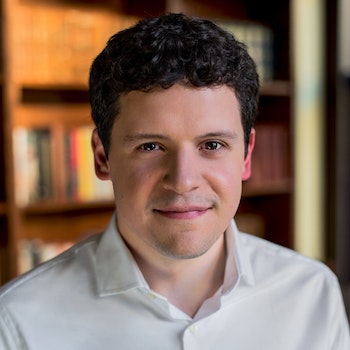 "A needed examination of Adams's political thought on wealth-based aristocracy or oligarchy."—Choice

"Rigorously researched and lucidly written, this account’s most impressive strength lies in the ingenuity of its analysis. Mayville has identified and elucidated an angle in Adams’s thought that has received scant attention and spun it into a full study that speaks to contemporary political problems, most compellingly by complicating the simplistic explanation that money corrupts politics through the mechanism of purchasing."—Greg Weiner, Review of Politics

"[A] thoughtful and sensitive analysis of Adams’s writings and of the scholarship devoted to him. . . . Luke Mayville’s compact, newly crafted study deserves careful reading."—R. B. Bernstein, Early American Literature

"Remarkably well-written and astonishingly lucid, John Adams and the Fear of American Oligarchy makes an absolutely central point about Adams's thought, persuasively reestablishing him as a genuine democrat in his ultimate sympathies."—Sanford Levinson, University of Texas Law School

"John Adams and the Fear of American Oligarchy is a most timely, valuable, and enlightening book. It shows conclusively that Adams was one of the sharpest critics of oligarchy among the American founders and, indeed, in the history of political thought. The book will generate much-needed discussion in political thought, American political studies, and contemporary democratic theory."—John McCormick, University of Chicago