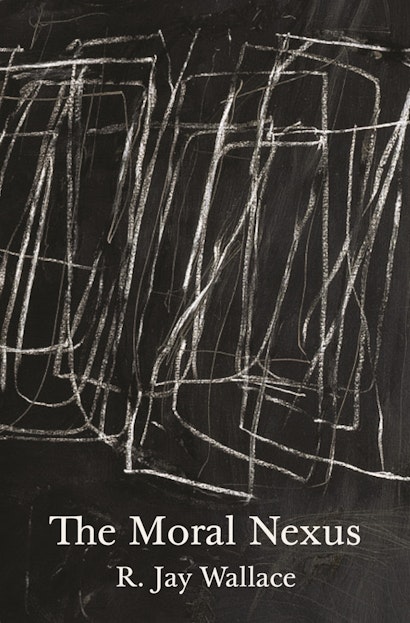 The Moral Nexus develops and defends a new interpretation of morality—namely, as a set of requirements that connect agents normatively to other persons in a nexus of moral relations. According to this relational interpretation, moral demands are directed to other individuals, who have claims that the agent comply with these demands. Interpersonal morality, so conceived, is the domain of what we owe to each other, insofar as we are each persons with equal moral standing.

The book offers an interpretative argument for the relational approach. Specifically, it highlights neglected advantages of this way of understanding the moral domain; explores important theoretical and practical presuppositions of relational moral duties; and considers the normative implications of understanding morality in relational terms.

The book features a novel defense of the relational approach to morality, which emphasizes the special significance that moral requirements have, both for agents who are deliberating about what to do and for those who stand to be affected by their actions. The book argues that relational moral requirements can be understood to link us to all individuals whose interests render them vulnerable to our agency, regardless of whether they stand in any prior relationship to us. It also offers fresh accounts of some of the moral phenomena that have seemed to resist treatment in relational terms, showing that the relational interpretation is a viable framework for understanding our specific moral obligations to other people.

R. Jay Wallace is the Judy Chandler Webb Distinguished Chair in the Department of Philosophy at the University of California, Berkeley. He is the author of Responsibility and the Moral Sentiments, Normativity and the Will, and The View from Here: On Affirmation, Attachment, and the Limits of Regret.

"[A] wonderful accomplishment: to have provided us with a highly original and ambitious reinterpretation of the moral domain and to thereby have paved the way for a potential paradigm shift in moral theorizing against the background of the basic idea that “no individual is either more or less important than any other” (p. 20)."—Jonas Vandieken, Journal of Moral Philosophy

“Wonderfully clear, absorbingly written, and ambitious, The Moral Nexus is an excellent book on a subject of the first importance in moral philosophy. Although it is unlikely that this book will put an end to arguments and debates about relational morality, it takes every aspect of those debates to a new, higher level. It will be a must-read for people working in moral, legal, and political philosophy.”—Arthur Ripstein, University of Toronto

“The Moral Nexus impressively develops and defends a distinctive view of the essential nature of moral obligation. This ambitious and sophisticated book makes a novel and significant contribution.”—Sarah Stroud, University of North Carolina, Chapel Hill