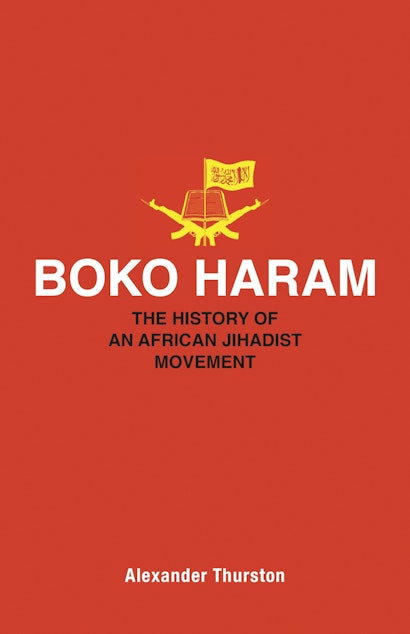 Boko Haram is one of the world’s deadliest jihadist groups. It has killed more than twenty thousand people and displaced more than two million in a campaign of terror that began in Nigeria but has since spread to Chad, Niger, and Cameroon as well. This is the first book to tell the full story of this West African affiliate of the Islamic State, from its beginnings in the early 2000s to its most infamous violence, including the 2014 kidnapping of 276 Nigerian schoolgirls.

Drawing on sources in Arabic and Hausa, rare documents, propaganda videos, press reports, and interviews with experts in Nigeria, Cameroon, and Niger, Alexander Thurston sheds new light on Boko Haram’s development. He shows that the group, far from being a simple or static terrorist organization, has evolved in its worldview and ideology in reaction to events. Chief among these has been Boko Haram’s escalating war with the Nigerian state and civilian vigilantes.

The book closely examines both the behavior and beliefs that are the keys to understanding Boko Haram. Putting the group’s violence in the context of the complex religious and political environment of Nigeria and the Lake Chad region, the book examines how Boko Haram relates to states, politicians, Salafis, Sufis, Muslim civilians, and Christians. It also probes Boko Haram’s international connections, including its loose former ties to al-Qaida and its 2015 pledge of allegiance to ISIS.

An in-depth account of a group that is menacing Africa’s most populous and richest country, the book also illuminates the dynamics of civil war in Africa and jihadist movements in other parts of the world.

Alexander Thurston is visiting assistant professor of political science and comparative religion at Miami University, and the author of Salafism in Nigeria: Islam, Preaching, and Politics. 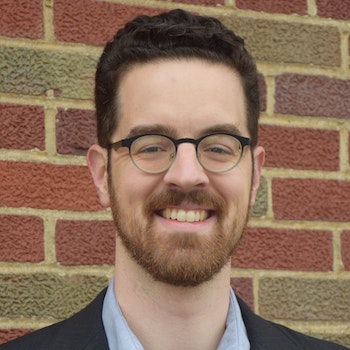 "Thurston’s Boko Haram is lucid, nuanced and authoritative. It is candid about the many remaining uncertainties in the group’s story, and navigates these gaps adeptly, urging that the Nigerian government should politically engage with Boko Haram."—Azadeh Moaveni, Times Literary Supplement

"Remarkable. . . . [Thurston] breaks from the prevailing narrative that Boko Haram emerged solely because of the poor governance, poverty, and economic misfortune in Nigeria’s northeast. Instead, Thurston appropriately places religion, and specifically the interaction of religion and localized politics, at the center of his thesis."—Sam Wilkins, War on the Rocks

"A number of solid journalistic accounts of the rise of Boko Haram have appeared in recent years, but Thurston’s scholarly works stands out and deserves a wide readership. It offers an authoritative take on the group’s murky origins and wisely situates its rise within the context of Nigerian political history."—Nicolas van de Walle, Foreign Affairs

"Thurston’s account of Boko Haram’s rise and how it ‘interacted dynamically with the political dysfunction and economic malaise that surrounded it’ is key to understanding its survival."—Siona Jenkins, Financial Times

"Thurston’s text is . . . a must for anybody interested in Nigeria’s recent past as well as the dynamics of political and religious development in the larger West African religion."—Roman Loimeier, Africa Spectrum

"We now have what may well become the definitive work on the group in the form of Alexander Thurston’s superbly detailed new book. . . . Thurston convincingly debunks theories of Boko Haram that would deny its uniquely Nigerian nature . . . [and] sets straight those who think Boko Haram is primarily an extension of jihadist operations from elsewhere."—James H. Barnett, The Weekly Standard

"Boko Haram: The History of an African Jihadist Movement supersedes everything that has been written so far on the development of this enigmatic jihadist movement in northeastern Nigeria. Based on years of research in Northern Nigeria as well as his knowledge of a vast number of primary sources in both Arabic and Hausa, Thurston is able to present a highly convincing account of the historical development of this jihadist movement."—Roman Loimeier, Africa Spectrum

"A welcome addition to our knowledge of terrorist organizations. . . . As balanced and comprehensive a treatment of Boko Haram as we are likely to see for many years."—Robert L. Tignor, Michigan War Studies Review

"Thurston’s book represents one of the most important contributions to the field."—Brandon Kendhammer, Bustan

"Thurston has written an immensely valuable documentary history of Boko Haram. The text is concise, well-focused and thoroughly readable, and provides us with essential understandings of this doctrinal movement and its bloody outcomes. . . Essential reading for anyone seeking to understand the roots of this insurgency."—Scott MacEachern, Islamic Africa

"Alexander Thurston has written the definitive history of Boko Haram. By weaving a complex tapestry of politics and religion, he explains the peculiarity and potency of one of the world's most lethal jihadist insurgencies. A violent and secretive sect that was impenetrable even to experts is now laid bare."—William McCants, author of The ISIS Apocalypse

"This is an extremely important book, not just for the light it sheds on a movement that has confounded many but also for the approach it takes in attempting to make sense of seemingly senseless violence based on religious ideology. Students of other such movements around the world will have much to learn from this rich and careful account of Boko Haram's origins and transformation."—Leonardo Villalón, University of Florida

"Alexander Thurston provides a well-argued and richly documented account of Boko Haram. This book will be useful to scholars, students, policy makers, and the larger public eager to learn more about the group."—Ousmane Oumar Kane, Harvard Divinity School