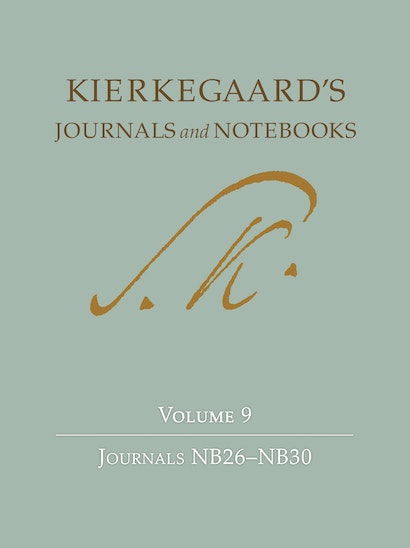 Volume 9 of this 11-volume series includes five of Kierkegaard’s important “NB” journals (Journals NB26 through NB30), which span from June 1852 to August 1854. This period was marked by Kierkegaard’s increasing preoccupation with what he saw as an unbridgeable gulf in Christianity—between the absolute ideal of the religion of the New Testament and the official, state-sanctioned culture of “Christendom,” which, embodied by the Danish People’s Church, Kierkegaard rejected with increasing vehemence. Crucially, Kierkegaard’s nemesis, Bishop Jakob Peter Mynster, died during this period and, in the months following, Kierkegaard can be seen moving inexorably toward the famous “attack on Christendom” with which he ended his life.