A richly nuanced cultural history of an enigmatic and controversial folktale 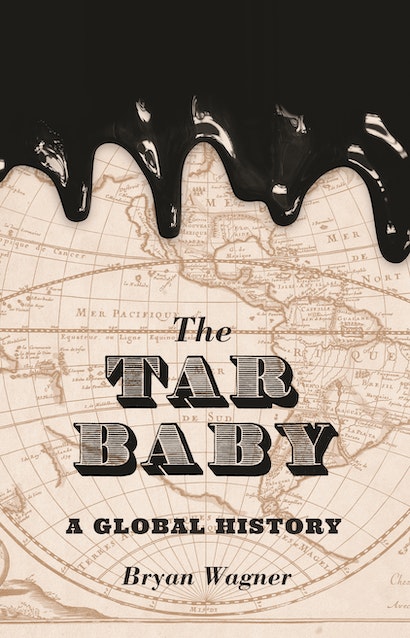 Perhaps the best-known version of the tar baby story was published in 1880 by Joel Chandler Harris in Uncle Remus: His Songs and His Sayings, and popularized in Song of the South, the 1946 Disney movie. Other versions of the story, however, have surfaced in many other places throughout the world, including Nigeria, Brazil, Corsica, Jamaica, India, and the Philippines. The Tar Baby offers a fresh analysis of this deceptively simple story about a fox, a rabbit, and a doll made of tar and turpentine, tracing its history and its connections to slavery, colonialism, and global trade.

Bryan Wagner explores how the tar baby story, thought to have originated in Africa, came to exist in hundreds of forms on five continents. Examining its variation, reception, and dispersal over time, he argues that the story is best understood not merely as a folktale but as a collective work in political philosophy. Circulating at the same time and in the same places as new ideas about property and politics developed in colonial law and political economy, the tar baby comes to embody an understanding of the interlocking processes by which custom was criminalized, slaves were captured, and labor was bought and sold.

Compellingly argued and ambitious in scope, the book concludes with twelve versions of the story transcribed from various cultures in the late nineteenth and early twentieth centuries.

Bryan Wagner is associate professor in the English Department at the University of California, Berkeley. He is the author of Disturbing the Peace: Black Culture and the Police Power after Slavery.

"This is an ambitious and meticulously researched study."—Emily Zobel Marshall, Times Literary Supplement

"A lively . . . piece of cultural detective work exploring the history of the tar baby."—Library Journal

"A remarkably rich and wide-ranging book that draws on many histories, geographies, and disciplines in exploring one of the nation's—and the world's—most disturbing but strangely elusive racial stories."—Eric J. Sundquist, author of King's Dream: The Legacy of Martin Luther King's 'I Have a Dream' Speech

"Exhaustively researched, meticulously argued, and elegantly written, Bryan Wagner's The Tar Baby places Brer Rabbit and the gang at the very heart of an investigation that both illuminates the intricacies of the tar baby and exposes it to an uncustomary broadening of the scope and range of its meanings. Wagner's tar baby is not one we know; his account opens a wider horizon of persuasions and alignments that interrogate the onset of capitalism and the disorienting experience of early globalization."—Hortense J. Spillers, author of Black, White, and in Color: Essays on American Literature and Culture

"Superb scholarship with original, compelling interpretation. Wagner has brought the tar baby story under the light and into the vocabulary of current theory."—W. T. Lhamon, Jr., author of Jump Jim Crow: Lost Plays, Lyrics, and Street Prose of the First Atlantic Popular Culture