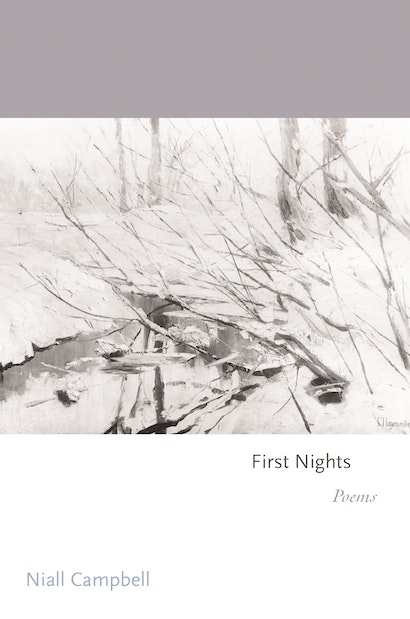 The Scottish poet Niall Campbell’s first book, Moontide, won the Edwin Morgan Poetry Prize, the largest such prize in the United Kingdom, was named the Saltire Scottish First Book of the Year, and was shortlisted for both the Fenton Aldeburgh and Forward prizes for best first collection. First Nights—which includes all the poems in Moontide and sixteen new ones—marks the North American debut of an exciting new voice in British poetry.

First Nights offers vivid descriptions of the natural world, and the joy found in moments of quiet, alongside intimate depictions of new parenthood. Campbell grew up on the remote, sparsely populated islands of South Uist and Eriskay in Scotland’s Outer Hebrides, and First Nights is filled with images of the islands’ seascapes, myths, wildlife, and long, dark winters. But the poems widen beyond their immediate locations to include thoughts on sculpture and mythology, Zola and Dostoevsky, and life in English cities and French villages. In the poems on early fatherhood, the geography shifts from coastal stretches to bare, dimly lit rooms. Stripped back, honest, and immediate, these poems capture moments of vulnerability, when the only answer is to love.

Combining skilled storytelling, precise language, an allegiance to meter and form, and a quiet musicality, these poems resonate with silence and song, mystery and wonder, exploring ideas of companionship and withdrawal, love, and the stillness of solitude. The result is a collection that promises to be a classic.

Niall Campbell was born in Scotland's Outer Hebrides. His first UK collection, Moontide, won the Edwin Morgan Poetry Award and the Saltire Scottish First Book of the Year Award and was shortlisted for both the Fenton Aldeburgh and Forward prizes for best first collection. He lives in Leeds, UK. 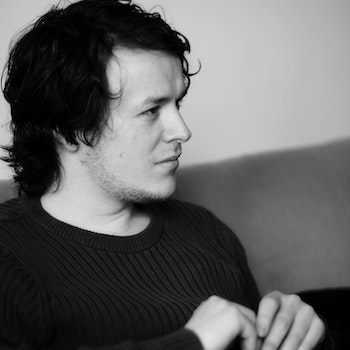 "Niall Campbell's debut collection is a wonder. These poems have the freshness and modernity that can only burst from roots deep in folk tradition. They surprise and alert us to what poetry has done, is doing, and will do. The edge on Campbell's lines is sharp, and he knows how to wield it, like an axe."—Gwyneth Lewis, Inaugural National Poet of Wales, 2005–6