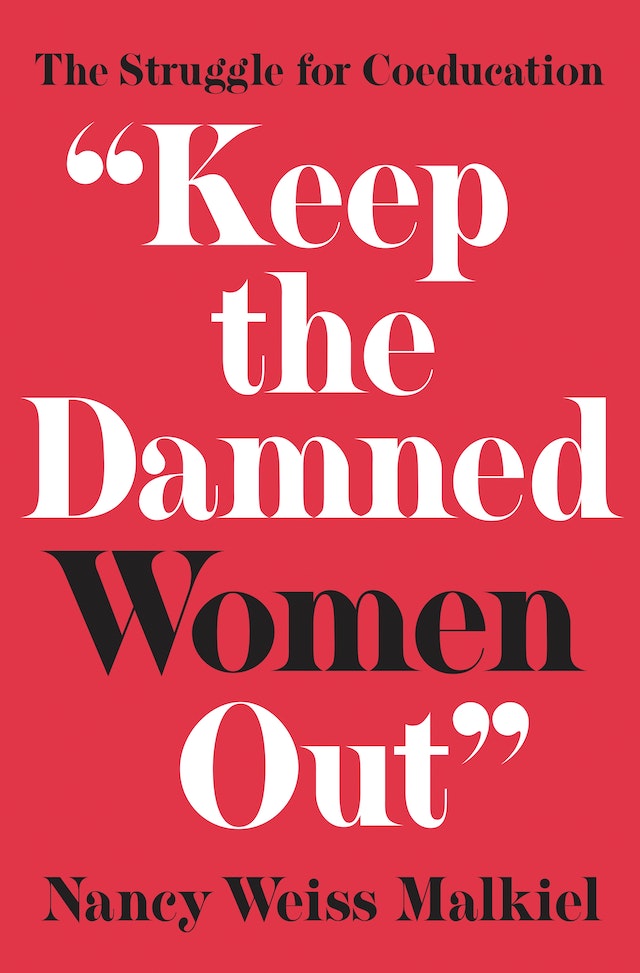 As the tumultuous decade of the 1960s ended, a number of very traditional, very conservative, highly prestigious colleges and universities in the United States and the United Kingdom decided to go coed, seemingly all at once, in a remarkably brief span of time. Coeducation met with fierce resistance. As one alumnus put it in a letter to his alma mater, “Keep the damned women out.” Focusing on the complexities of institutional decision making, this book tells the story of this momentous era in higher education—revealing how coeducation was achieved not by organized efforts of women activists, but through strategic decisions made by powerful men.

In America, Ivy League schools like Harvard, Yale, Princeton, and Dartmouth began to admit women; in Britain, several of the men’s colleges at Cambridge and Oxford did the same. What prompted such fundamental change? How was coeducation accomplished in the face of such strong opposition? How well was it implemented? Nancy Weiss Malkiel explains that elite institutions embarked on coeducation not as a moral imperative but as a self-interested means of maintaining a first-rate applicant pool. She explores the challenges of planning for the academic and non-academic lives of newly admitted women, and shows how, with the exception of Mary Ingraham Bunting at Radcliffe, every decision maker leading the charge for coeducation was male.

Drawing on unprecedented archival research, “Keep the Damned Women Out” is a breathtaking work of scholarship that is certain to be the definitive book on the subject.

Nancy Weiss Malkiel is professor emeritus of history at Princeton University, where she was the longest-serving dean of the college. 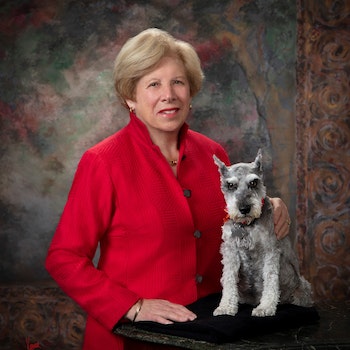 "An important work of cultural history. . . . Malkiel writes with an insider's knowledge of her own institution and from a historian's meticulous reconstruction of what happened at the others."—Linda Greenhouse, New York Review of Books

"Malkiel presents an absorbing, richly textured landscape of the experience of thousands of women who found themselves in elite universities that were bastions run by men for men who felt anything on a scale of muddled incomprehension to active aggression at the notion of gender equality."—Rachel Holmes, Times Literary Supplement

"In an age when student activists at campuses across the country are focused on microaggressions and safe spaces, it's a bit surreal to read Nancy Weiss Malkiel's history of gender desegregation at elite American and British colleges. Fifty years ago, same-sex schooling in higher education had ended for many public colleges and universities in the United States and Britain, but it remained the norm at most elite universities. . . . How and why, between 1969 and 1974, these prestigious institutions decided to go coed—or not—is the fascinating story Ms. Malkiel tells. And although her narrow focus is gender admission practices, there are clues . . . about the obstacles that continue to prevent the harmony between the many diverse groups of students on campus today."—Lenore Tiefer, Wall Street Journal

"One of the most thorough accounts ever written of the determination of highly educated and powerful men to keep women away from the places that endorse exclusive forms of power. . . . A superb, richly documented study."—Mary Evans, Times Higher Education

"As well as examining the interplay of interests, egos and bureaucratic structures, Malkiel also shows that sexual politics gave a heightened charge to proceedings. For many people, the character – even the soul – of these institutions seemed to be at stake."—Helen McCarthy, London Review of Books

"Fascinating. . . . [This] book offers a compelling study of institutional change that came not because it was demanded, and not because the motives of its agents were pure. More simply, it was about damned time."—Carlos Lozada, Washington Post

"A carefully researched and compelling narrative. . . . This highly recommended history presents a major cultural change in which coeducation both reflected and stimulated a transformation in women's social and professional status in America."—Library Journal

"Lest we forget, a professor of history emerita at Princeton and past dean of its college delivers an authoritative history of the coeducation of elite institutions in the United States and the United Kingdom between 1969 and 1974. Invaluable history, beginning with Harvard, Yale, and Princeton, and enlivened with such vivid illustrations as Jim Berry's 1967 cartoon of two clubmen conferring from their wing chairs: 'Confused—of course, I'm confused! I have a son at Vassar and a daughter at Yale!'"—-Harvard Magazine

"In the late 1960s, several prestigious universities in the United States— including Princeton—decided to admit women for the first time. The reasons it happened at this particular moment are surprising and largely unexplored. In her new book, "Keep the Damned Women Out": The Struggle for Coeducation, professor emerita of history and former Dean of the College Nancy Weiss Malkiel illuminates the forces that prompted a small group of powerful men to implement this pivotal change."—Amelia Thompson-Deveaux, Princeton Alumni Weekly

"It may be hard for today's undergraduates at elite colleges and universities to imagine that many of their institutions—as recently as the 1960s and 1970s—would not admit female students. These days when coeducation is in the news, it is typically a women's college deciding to admit men. But the reality is that coeducation at elite institutions that were once all male did not happen overnight—and didn't happen without considerable backlash from alumni and others. Nancy Weiss Malkiel tells the story in "Keep the Damned Women Out": The Struggle for Coeducation."—Scott Jaschik, Inside Higher Ed

"'Keep the Damned Women Out'. . . . Or in some cases, the damned men."—Smith Alumni Quarterly

"This book captures the tumultuous five-year period when several elite universities in the US and UK first enrolled women as undergraduates. . . . [A] lively account."—Jill Wrenn, Financial Times

"A magisterial history about the admission of women to the most prestigious and sheltered of men's colleges in the United States and Great Britain . . . [Malkiel] is a lucid, excellent scholar."—Kate Stimpson, Public Books

"Malkiel pursued a prodigious and impressive amount of research to produce this volume. . . . This study makes a major contribution to our understanding of how administrative personnel and structures interacted with trustee, alumni, faculty, and student constituents at American universities."—Mary Ann Dzuback, History of Education Quarterly

"A magisterial study of the 1960s move towards coeducation on both sides of the Atlantic."—John Bowers, Times Higher Education

"A passionate investigation of the process of integrating women into Ivy League education. . . . The book will be indispensable to those who in the future pursue research on higher education or on these specific institutions. It is an epic book on an epic topic that is well worth studying."—Christine D. Myers, Historical Studies in Education

"In describing how single-sex colleges responded to the surge of interest in coeducation in the late 1960s, Nancy Weiss Malkiel has written an exceptionally thoughtful, balanced, and judicious account of a subject that aroused passionate feelings at the time on both sides of the issue."—Derek Bok, president emeritus of Harvard University

"A monumental work of archival scholarship."—William G. Bowen, coauthor of Lesson Plan: An Agenda for Change in American Higher Education

"Malkiel's book will serve as the foundational work on which all future considerations of the drive for coeducation, begun during the late 1960s, will be based. Its broad field of vision offers a wealth of information about the nature of academic administration and collegiate life."—Helen Lefkowitz Horowitz, author of Alma Mater: Design and Experience in the Women's Colleges from Their Nineteenth-Century Beginnings to the 1930s

"Well crafted and incredibly comprehensive. There is no question in my mind that this book will immediately become the go-to source for understanding why coeducation happened when it did, and how the story unfolded on elite campuses."—Susan Ware, author of Game, Set, Match: Billie Jean King and the Revolution in Women's Sports