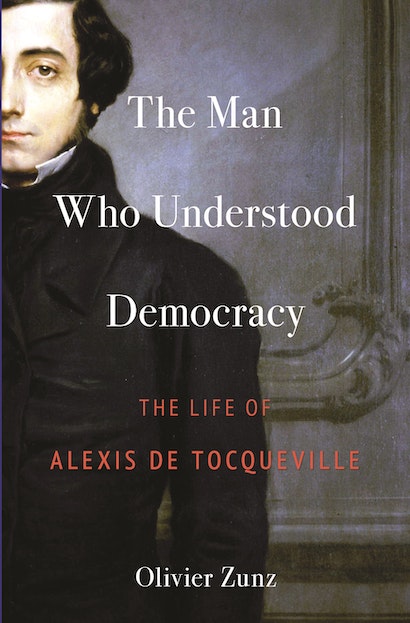 In 1831, at the age of twenty-five, Alexis de Tocqueville made his fateful journey to America, where he observed the thrilling reality of a functioning democracy. From that moment onward, the French aristocrat would dedicate his life as a writer and politician to ending despotism in his country and bringing it into a new age. In this authoritative and groundbreaking biography, leading Tocqueville expert Olivier Zunz tells the story of a radical thinker who, uniquely charged by the events of his time, both in America and France, used the world as a laboratory for his political ideas.

Placing Tocqueville’s dedication to achieving a new kind of democracy at the center of his life and work, Zunz traces Tocqueville’s evolution into a passionate student and practitioner of liberal politics across a trove of correspondence with intellectuals, politicians, constituents, family members, and friends. While taking seriously Tocqueville’s attempts to apply the lessons of Democracy in America to French politics, Zunz shows that the United States, and not only France, remained central to Tocqueville’s thought and actions throughout his life. In his final years, with France gripped by an authoritarian regime and America divided by slavery, Tocqueville feared that the democratic experiment might be failing. Yet his passion for democracy never weakened.

Giving equal attention to the French and American sources of Tocqueville’s unique blend of political philosophy and political action, The Man Who Understood Democracy offers the richest, most nuanced portrait yet of a man who, born between the worlds of aristocracy and democracy, fought tirelessly for the only system that he believed could provide both liberty and equality.

Olivier Zunz is the James Madison Professor Emeritus of History at the University of Virginia. He is the author, most recently, of Philanthropy in America: A History (Princeton). He is the editor of the Library of America edition of Democracy in America, Tocqueville’s Recollections, Alexis de Tocqueville and Gustave de Beaumont in America, and The Tocqueville Reader. He lives in Charlottesville, Virginia. 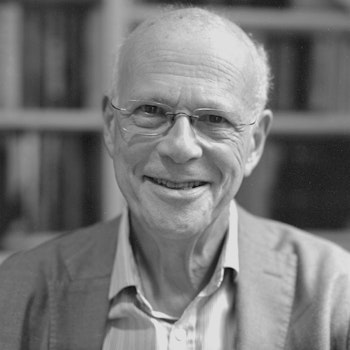 “One of the greatest of Tocqueville scholars has now written what is certain to become the standard biography. Authoritative, clear, and a pleasure to read, the book shows us why Tocqueville remains a vital, necessary figure for understanding our world.”—David A. Bell, author of Men on Horseback: Charisma and Power in the Age of Revolutions

“An ambitious and lucid reinterpretation of Tocqueville, the Sphinx of modern democracy, written by a distinguished historian and one of America’s best Tocqueville scholars. The book should be essential reading for anyone who wants to understand how a young aristocratic Frenchman came to write the best book on democracy.”—Aurelian Craiutu, author of Faces of Moderation: The Art of Balance in an Age of Extremes

“Zunz conveys the full intensity of Tocqueville’s lifelong quest to enable France to escape cycles of revolution and despotism. Zunz also captures the poignancy of Tocqueville’s final years when, enduring another Bonaparte regime and politically isolated, he turned back toward France’s own past to envision a new future.”—Seymour Drescher, author of Abolition: A History of Slavery and Antislavery

“Packed with acute observations and fascinating historical detail, this richly documented and authoritative biography brings the complexity of Tocqueville’s thought and personality to vivid life in lucid prose. Tocqueville has never before appeared in such a clear light.”—Jeremy Jennings, author of Revolution and the Republic: A History of Political Thought in France since the Eighteenth Century

“If Tocqueville understood democracy, Olivier Zunz understands Tocqueville. A longtime explorer of Tocqueville’s doubly French and American worlds, Zunz effectively places the great theorist of democracy in all the major intellectual and political currents of his era, from the aftermath of the French Revolution to the coming of the U.S. Civil War. In the process, Zunz reveals the full complexity of Tocqueville’s thinking about the promise and perils of the politics of equality. A remarkable—and timely—achievement.”—Sophia Rosenfeld, author of Democracy and Truth: A Short History

“Lively and learned, this impressive new biography puts Tocqueville’s commitment to a new form of democracy inspired by his encounter with America at the heart of his intellectual and political work. Essential reading for those who want to understand the meaning and trajectory of Tocqueville’s thought.”—Cheryl B. Welch, editor of The Cambridge Companion to Tocqueville