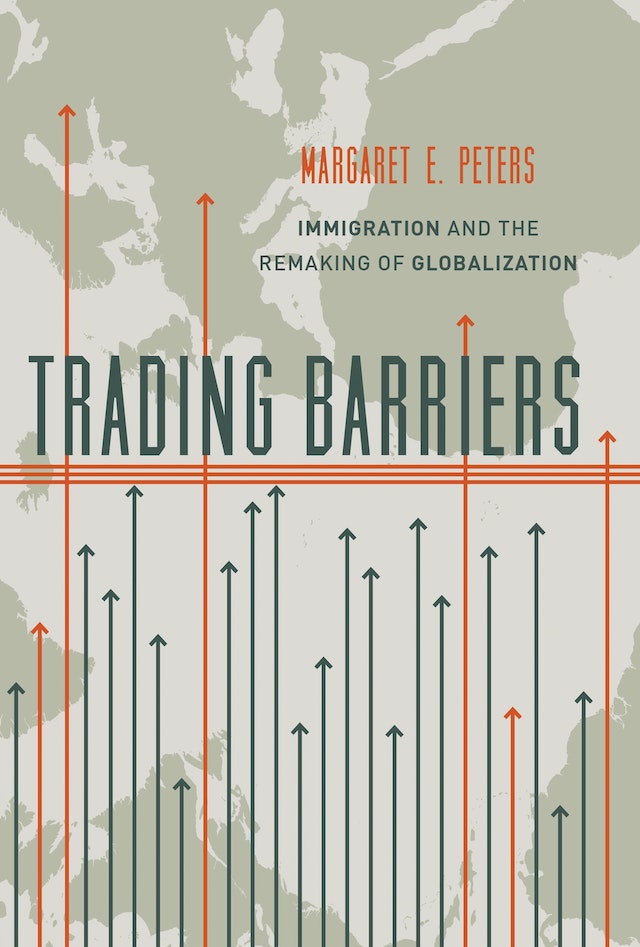 Why have countries increasingly restricted immigration even when they have opened their markets to foreign competition through trade or allowed their firms to move jobs overseas? In Trading Barriers, Margaret Peters argues that the increased ability of firms to produce anywhere in the world combined with growing international competition due to lowered trade barriers has led to greater limits on immigration.

Peters explains that businesses relying on low-skill labor have been the major proponents of greater openness to immigrants. Immigration helps lower costs, making these businesses more competitive at home and abroad. However, increased international competition, due to lower trade barriers and greater economic development in the developing world, has led many businesses in wealthy countries to close or move overseas. Productivity increases have allowed those firms that have chosen to remain behind to do more with fewer workers. Together, these changes in the international economy have sapped the crucial business support necessary for more open immigration policies at home, empowered anti-immigrant groups, and spurred greater controls on migration.

Margaret E. Peters is assistant professor of political science at the University of California, Los Angeles.

"Creative and well-researched, Trading Barriers brings together two phenomena that scholars often examine separately: migration and international trade. Peters shows that the liberalization of trade and foreign investment in our globalized world has undercut support for open immigration. In a time of seeming backlash against globalization, this book provides a historical and rigorous empirical explanation of the politics."—Helen Milner, Princeton University

"The politics of trade and immigration are typically looked at independently, even though their economic effects are similar. In Trading Barriers, Peters argues that we cannot understand the political economy of trade and the political economy of immigration in isolation from one another. This is a careful, original study of an increasingly important topic that will be of interest to all scholars of international politics and economics."—Jeffry Frieden, Harvard University

"Filling a gap in the broad literature on immigration, this masterful book explains why some countries are open to migration at certain times while at others they are closed. It argues that a country's immigration policy occurs not in isolation, but in the same space that trade and capital market policies are determined."—David Leblang, University of Virginia