The virulent new brand of Islamic extremism threatening the West 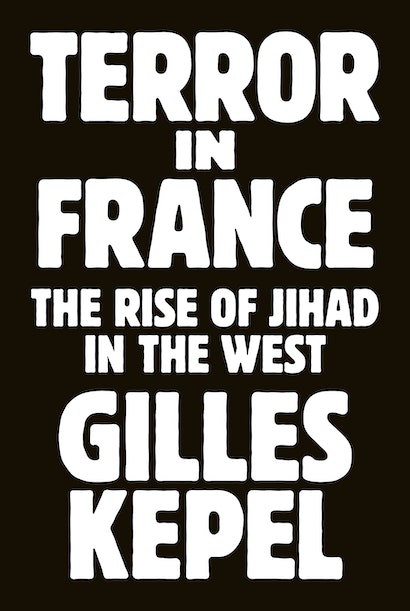 In November 2015, ISIS terrorists massacred scores of people in Paris with coordinated attacks on the Bataclan concert hall, cafés and restaurants, and the national sports stadium. On Bastille Day in 2016, an ISIS sympathizer drove a truck into crowds of vacationers at the beaches of Nice, and two weeks later an elderly French priest was murdered during morning Mass by two ISIS militants. Here is Gilles Kepel’s explosive account of the radicalization of a segment of Muslim youth that led to those attacks—and of the failure of governments in France and across Europe to address it. It is a book everyone in the West must read.

Terror in France shows how these atrocities represent a paroxysm of violence that has long been building. The turning point was in 2005, when the worst riots in modern French history erupted in the poor, largely Muslim suburbs of Paris after the accidental deaths of two boys who had been running from the police. The unrest—or “French intifada”—crystallized a new consciousness among young French Muslims. Some have fallen prey to the allure of “war of civilizations” rhetoric in ways never imagined by their parents and grandparents.

This is the highly anticipated English edition of Kepel’s sensational French bestseller, first published shortly after the Paris attacks. Now fully updated to reflect the latest developments and featuring a new introduction by the author, Terror in France reveals the truth about a virulent new wave of jihadism that has Europe as its main target. Its aim is to divide European societies from within by instilling fear, provoking backlash, and achieving the ISIS dream—shared by Europe’s Far Right—of separating Europe’s growing Muslim minority community from the rest of its citizens.

Gilles Kepel is professor of political science at the École Normale Supérieure in Paris. His books include Beyond Terror and Martyrdom: The Future of the Middle East, The War for Muslim Minds: Islam and the West, and Jihad: The Trail of Political Islam. 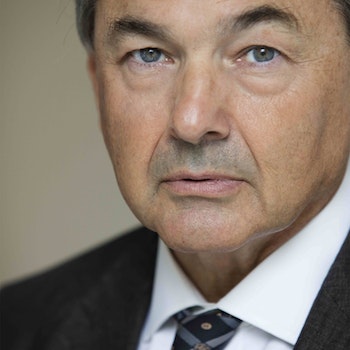 "Mr Kepel has long been at the forefront of scholarship of Islamist radicalism. . . . His work bears studying."—The Economist

"No other book portrays in such granular detail the evolution of Islamist terror in [France], and the implications that that evolution has for the rest of the world, including and especially the United States."—Christopher Dickey, Daily Beast

"Kepel offers the most cogent, nuanced, and complete portrait of the French context to date. He outlines the social fractures that have left swaths of alienated youth vulnerable to the call of holy war; he traces the rise of its latest iteration, driven by a horizontal organizing model and an obsession with accelerating ethno-religious divides in the West; and, finally, he unpacks the roots of specific terrorist networks in France, each of them increasingly nourished by war in Syria. This is vital work. At a time when most public considerations of terrorism are colored by nefarious political ambitions—Trump, Putin, Erdogan, and many others are to thank for that—sensitive and good-faith analyses like Terror in France are all the more valuable."—Cole Stangler, Commonweal

"Kepel's research is admirable, and the details he provides about particular terrorists and their trajectories are extremely interesting and useful, not least in respect of the French-Muslim milieus that spawned them."—Mahir Ali, Dawn

"Authoritative. . . . Gilles Kepel has contributed a well-written and balanced study of the subject. Terror in France: The Rise of Jihad in the West deserves to be read by anyone who wants a better grasp of what is really going on."—Christine Graf, interLib

"An excellent addition to the body of knowledge of contemporary jihad. . . . It is a cautionary tale for every European nation facing this complex and seemingly intractable threat."—Daragh McDowell, International Affairs

"The Prophet of France's Fracture. . . . [Kepel is] the country’s most famous scholar of Islam."—Robert Worth, New York Times Magazine

"Praise for the French edition: "[Terror in France is] the most essential book to read about France today. . . . Gilles Kepel's important book is the best account we have of all the factors and events that helped create the current situation.""—Mark Lilla, New York Review of Books

"The doyen of jihadist studies has not only penned a masterful study of recent Islamist violence in France that is meticulous in its detail, comprehensive in its scope, and stimulating in its analysis; he's written a blinking-red warning to his countrymen and fellow Europeans not to overact to the provocations of an enemy that seeks to turn them against one another."—William McCants, author of The ISIS Apocalypse

"A detailed and convincing genealogy of jihad in France."—John R. Bowen, author of Can Islam Be French?