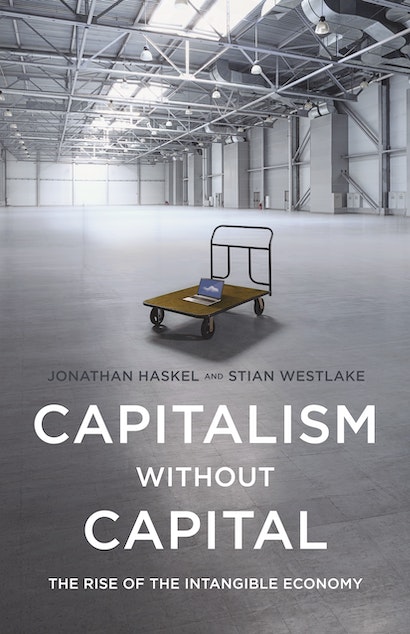 Early in the twenty-first century, a quiet revolution occurred. For the first time, the major developed economies began to invest more in intangible assets, like design, branding, R&D, and software, than in tangible assets, like machinery, buildings, and computers. For all sorts of businesses, from tech firms and pharma companies to coffee shops and gyms, the ability to deploy assets that one can neither see nor touch is increasingly the main source of long-term success.

But this is not just a familiar story of the so-called new economy. Capitalism without Capital shows that the growing importance of intangible assets has also played a role in some of the big economic changes of the last decade. The rise of intangible investment is, Jonathan Haskel and Stian Westlake argue, an underappreciated cause of phenomena from economic inequality to stagnating productivity.

Haskel and Westlake bring together a decade of research on how to measure intangible investment and its impact on national accounts, showing the amount different countries invest in intangibles, how this has changed over time, and the latest thinking on how to assess this. They explore the unusual economic characteristics of intangible investment, and discuss how these features make an intangible-rich economy fundamentally different from one based on tangibles.

Capitalism without Capital concludes by presenting three possible scenarios for what the future of an intangible world might be like, and by outlining how managers, investors, and policymakers can exploit the characteristics of an intangible age to grow their businesses, portfolios, and economies.

Jonathan Haskel is professor of economics at Imperial College Business School. Stian Westlake is a senior fellow at Nesta, the UK’s national foundation for innovation. Haskel and Westlake are cowinners of the 2017 Indigo Prize. 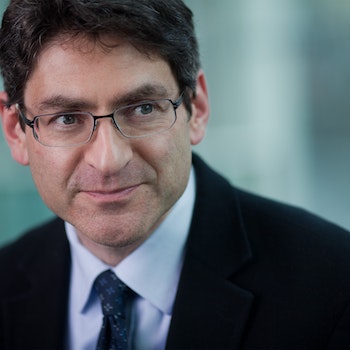 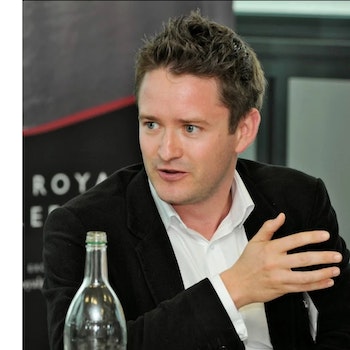 "The historical view of ‘capital as something tangible persists and limits our thinking,' the authors argue. To be sure, exactly which intangible assets qualify as capital can be debated endlessly. In Capitalism Without Capital, [they] choose a broad definition and explore its implications. In so doing, they provide insights into some puzzling questions . . . [and] make a good case that we don't know as much as we think because some of our tools for measuring economic performance are out of date."—George Molloan, Wall Street Journal

"Economist Jonathan Haskel and UK government adviser Stian Westlake describe in an entertaining and engaging way why governments need to count innovation as an engine of profit."—Ehsan Masood, Nature

"One of this year's most important and stimulating economic reads. . . . Read this book."—Tyler Cowen, Marginal Revolution

"For an introduction, though, it would be hard to do better than Capitalism without Capital, which is clear and lively and raises—without having all the answers—the relevant questions."—Diane Coyle, The Enlightened Economist

"Haskel and Westlake’s book focuses on the rise of the intangible economy. They are not trying to make any statement on the EU, but in one chapter of their book they plot tangible and intangible investment against an OECD measure of employment strictness. The results are fascinating. In their own words: 'countries with more restrictive hiring and firing invest more in tangibles and less in intangibles'."—Graeme Leach, CityAM

"And before anyone starts talking about 'the pettiness of arguing over symbols', let me point you to an amazing new book by an ex-colleague of mine, Stian Westlake, called Capitalism Without Capital: the Rise of the Intangible Economy."—Pat Kane, The National

"An intriguing book. . . . Perhaps the most surprising facts in a book full of surprises is how large investments in intangible assets—in research and development, software, databases, artistic creations, designs, branding and business processes—now are. . . . Messrs Haskel and Westlake have mapped the economics of a challenging new economy."—Martin Wolf, Financial Times

"[Capitalism without Capital] needs to be read by anyone seeking to understand the nature of modern capitalism and its politics."—Daniel Finkelstein, The Times

"The book makes its case in a lighthearted, conversational way that will appeal to economists and non-economists alike."—The Economist

"The best books on economics take a theme that is instantly recognisable and intuitively correct, and run with it. Capitalism Without Capital, which has been causing a stir recently by charting the rise of so-called intangible investment, is thus a good and thought-provoking book. . . . And, unlike a lot of economics, it is firmly rooted in the world we are in."—David Smith, Sunday Times

"[Capitalism without Capital is] superb and important."—Yuval Levin, National Review

"[Capitalism without Capital] is a very relevant and timely book."—Peter A. Coclanis, Raleigh News & Observer

"The growing importance of the intangible economy is explored in [this] fascinating book."—John Looby, The Sunday Times

"Haskel and Westlake tell this story in a compelling way that is chock-full of examples that make the argument concrete and make the book highly readable."—Daniel E. Sichel, Business Economics

"Capitalism Without Capital offers a non-technical, wide-ranging scrutiny of the increasing growth of ephemeral goods and services in the economy. The authors provide a consistent economic explanation for the growth of gigantic firms and conglomerates supplying intangible goods and use this analysis, which is especially appropriate for cultural economics, to analyse the finance of this fast-growing sector."—Ruth Towse, Journal of Cultural Economics

"The nineteenth- and twentieth-century world where capitalists owned factories and workers supplied labor has ended. In this book, Haskel and Westlake explain with fascinating examples how business assets today are mostly intangible and how this changes everything we know about business—corporate strategy, accounting, leadership, and industrial strategy. Whether you are a customer, investor, manager, employee, or politician, you will gain new insights from this tour de force."—John Kay, author of Other People's Money

"A must-read for anyone concerned about how to revive the growth of living standards."—Robert Peston, author of How Do We Fix This Mess?: The Economic Price of Having It All and the Route to Lasting Prosperity

"On almost every page of this book I found myself going 'Oh, now I understand' or 'Yes, I never looked at it that way.' Capitalism without Capital is highly original and illuminating. It has changed the way I look at things."—Daniel Finkelstein, The Times columnist

"This book shines a wonderful spotlight on the hidden capital that influences our world—measuring and understanding it is a top priority."—William R. Kerr, Harvard Business School

"This fascinating book examines an important but overlooked subject—the intangible nature of capital and activity in the modern economy. The transformation of the intangible economy has rarely been pointed out, and its implications are not much understood or discussed. There are no other books similar to this one."—Diane Coyle, author of GDP: A Brief but Affectionate History

"With an impressive breadth of topics, this thorough book takes a compelling look at the importance of intangible capital. Arguing that it offers an invaluable lens to view modern, dynamic innovative economies, the framework that Haskel and Westlake set forth is useful, insightful, and indispensable."—Carol Corrado, The Conference Board 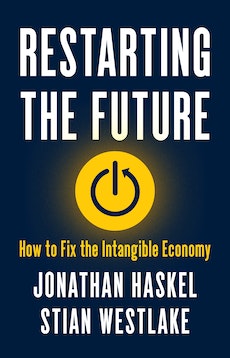