From Nobel Prize–winning economist Jean Tirole, a bold new agenda for the role of economics in society 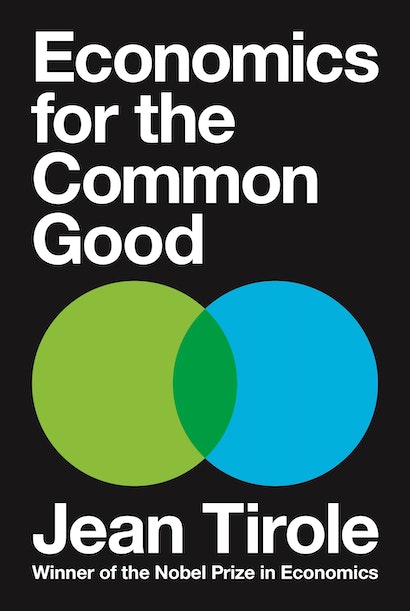 When Jean Tirole won the 2014 Nobel Prize in Economics, he suddenly found himself being stopped in the street by complete strangers and asked to comment on issues of the day, no matter how distant from his own areas of research. His transformation from academic economist to public intellectual prompted him to reflect further on the role economists and their discipline play in society. The result is Economics for the Common Good, a passionate manifesto for a world in which economics, far from being a “dismal science,” is a positive force for the common good.

Economists are rewarded for writing technical papers in scholarly journals, not joining in public debates. But Tirole says we urgently need economists to engage with the many challenges facing society, helping to identify our key objectives and the tools needed to meet them.

To show how economics can help us realize the common good, Tirole shares his insights on a broad array of questions affecting our everyday lives and the future of our society, including global warming, unemployment, the post-2008 global financial order, the euro crisis, the digital revolution, innovation, and the proper balance between the free market and regulation.

Providing a rich account of how economics can benefit everyone, Economics for the Common Good sets a new agenda for the role of economics in society.

Jean Tirole, the winner of the 2014 Nobel Prize in Economics, has been described as one of the most influential economists of our time. He is chairman of the Toulouse School of Economics and of the Institute for Advanced Study in Toulouse and a visiting professor at the Massachusetts Institute of Technology. His many books include The Theory of Corporate Finance and Financial Crises, Liquidity, and the International Monetary System (both Princeton). 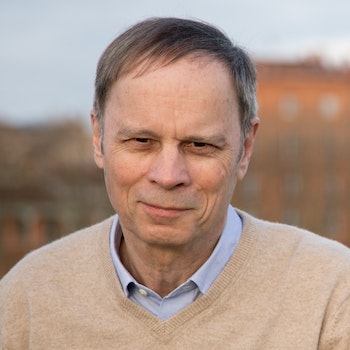 "Economics for the Common Good offers an ambitious yet accessible summary of his ideas on the proper role of economists and the value of their ideas in informing government, business and social life. . . . Mr. Tirole has a patient, explanatory style. But when riled, he lashes out."—Philip Delves Broughton, Wall Street Journal

"Economics for the Common Good is an ambitious book. As the title suggests, it is a response to the crisis of the economics profession, whose credibility was badly damaged by the financial turmoil of 2008. Though not the first book to address this, more than any earlier attempt it manages to balance a constructive critique of economists with a strong defence of the subject they study."—Martin Sandbu, Financial Times

"As I had the privilege of helping prepare the English edition, I've read it with careful attention, and most appreciated Tirole’s ability to crystallise complicated issues in a straightforward way, combining surgical analysis with very clear explanation. This is too rare a skill among economists."—The Enlightened Economist

"'Economists must . . . with humility and conviction, harness economics for the common good.' That is the last sentence of the new book by Jean Tirole, winner of the 2014 Nobel Memorial Prize for economics. Economics for the Common Good has a great deal of humility, a fair amount of conviction and a sincere commitment to improving the world."—Edward Hadas, Reuters Breaking Views

"French economist Jean Tirole spells out the usefulness of rigorous economic thinking for society in deep, yet accessible, language in his book Economics for the Common Good. The strength of the book is in its breadth. It brings clarity and simplicity to many complex topics covering various fields in economics ranging from climate change, labor market laws, and the global financial crisis to the euro crisis and the gig economy. Many illustrative examples . . . make the book accessible, and each chapter can be read on its own. . . . Many readers will benefit from reading this great book, rich with insights into a broad spectrum of policy questions."—Markus Brunnermeier, Finance & Development

"Tirole, a Nobel Prize-winning French economist, explains in straightforward language what academic economists do, how they think about society and human behavior, and what advice they tend to offer governments about some of the biggest challenges they face."—Foreign Affairs

"A tour de force from a Nobel-prize winning economist."—LSE The Marshall Institute

“I predict that Jean Tirole’s Economics for the Common Good will join Thomas Piketty’s Capital in the Twenty-First Century as the two most widely read and important books by economists yet to be published in this century. With Tirole’s terrific, wisdom-filled book, the world will be a better place.”—Glenn Loury, Brown University

“Jean Tirole is that rare exception, a Nobel laureate who believes he has a responsibility to talk clearly about the concerns of noneconomists. This exceptional book shows the value of careful economic thinking on issues ranging from unemployment to global warming. Required reading for anybody who wants to understand today’s economy.”—Olivier Blanchard, former Chief Economist of the International Monetary Fund

"Jean Tirole puts at center stage the essential contribution of economics, and economists, to our shared hopes and aspirations for the societies we live in. This is an essential book with a hopeful message for anyone concerned about the key economic challenges we all face today."—Diane Coyle, author of GDP: A Brief but Affectionate History