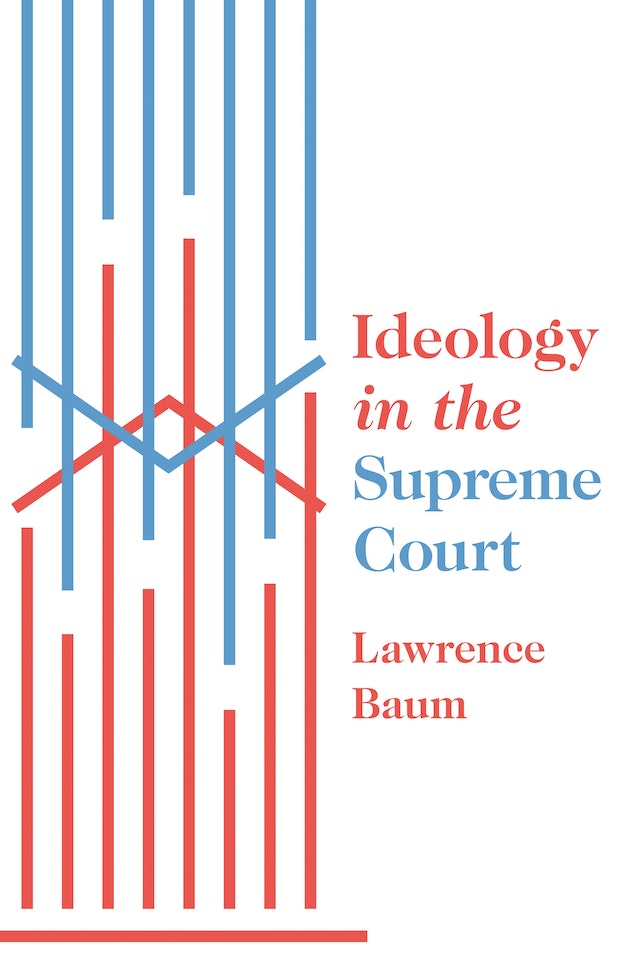 Ideology in the Supreme Court is the first book to analyze the process by which the ideological stances of U.S. Supreme Court justices translate into the positions they take on the issues that the Court addresses. Eminent Supreme Court scholar Lawrence Baum argues that the links between ideology and issues are not simply a matter of reasoning logically from general premises. Rather, they reflect the development of shared understandings among political elites, including Supreme Court justices. And broad values about matters such as equality are not the only source of these understandings. Another potentially important source is the justices’ attitudes about social or political groups, such as the business community and the Republican and Democratic parties.

The book probes these sources by analyzing three issues on which the relative positions of liberal and conservative justices changed between 1910 and 2013: freedom of expression, criminal justice, and government “takings” of property. Analyzing the Court’s decisions and other developments during that period, Baum finds that the values underlying liberalism and conservatism help to explain these changes, but that justices’ attitudes toward social and political groups also played a powerful role.

Providing a new perspective on how ideology functions in Supreme Court decision making, Ideology in the Supreme Court has important implications for how we think about the Court and its justices.

Lawrence Baum is professor emeritus of political science at Ohio State University. His books include Judges and Their Audiences (Princeton), The Puzzle of Judicial Behavior, and Specializing the Courts.

"Baum persuasively illustrates the underlying complexity of ideology as not just a product of justices' values, but of the way justices' decisions are affected by social and political groups as well. According to Baum, by giving more attention to group affect as a source of polarity, scholars can gain a richer sense of ideology as an element in decision making in the Supreme Court."—Choice

"Baum provides a fascinating look at the evolution of ideology on the Supreme Court by exploring historical linkages between issue positions and ideology across issues. . . . His book is smart and will influence this conversation for a long time."—Michael A. Bailey, Perspectives on Politics

"It is common, and surely correct, to note that Supreme Court justices often vote ideologically. It is also common, and also surely correct, to note that it is not as simple as that. Baum takes this as a starting point to explore just how—in a world in which ideological coalitions shape so many things—ideology permeates judicial decision making."—Hans Noel, author of Political Ideologies and Political Parties in America

"Very good scholars answer important questions that no one has answered before. Truly great scholars answer questions that no one has asked before. Such is the case with Lawrence Baum's Ideology in the Supreme Court. Using a mixture of quantitative and qualitative methods, Baum has written a thought-provoking book that clearly demonstrates that ideological polarity does not flow only from logical premises, but rather that, consistent with psychological theories of human behavior, group affect plays a substantial role."——Jeffrey A. Segal, Stony Brook University

"Close observers of the Supreme Court know that sometimes its conservatives and liberals flip sides. Using the examples of free speech, criminal law, and takings, with glances at other topics, Lawrence Baum develops a systematic account of why and how these shifts occur. In doing so, he deepens our understanding of how ideology—apart from political theories and preferences about outcomes—shapes the Court's decisions."—Mark Tushnet, Harvard Law School

"Baum offers a unique perspective on the Supreme Court. He makes a compelling case for reconsidering our traditional understanding of ideological voting on the Court, suggesting that justices' votes may be determined by their disposition toward particular litigants. Presenting a challenging new way to think about decision making on the Court, this is an important book."—Kevin T. McGuire, University of North Carolina, Chapel Hill