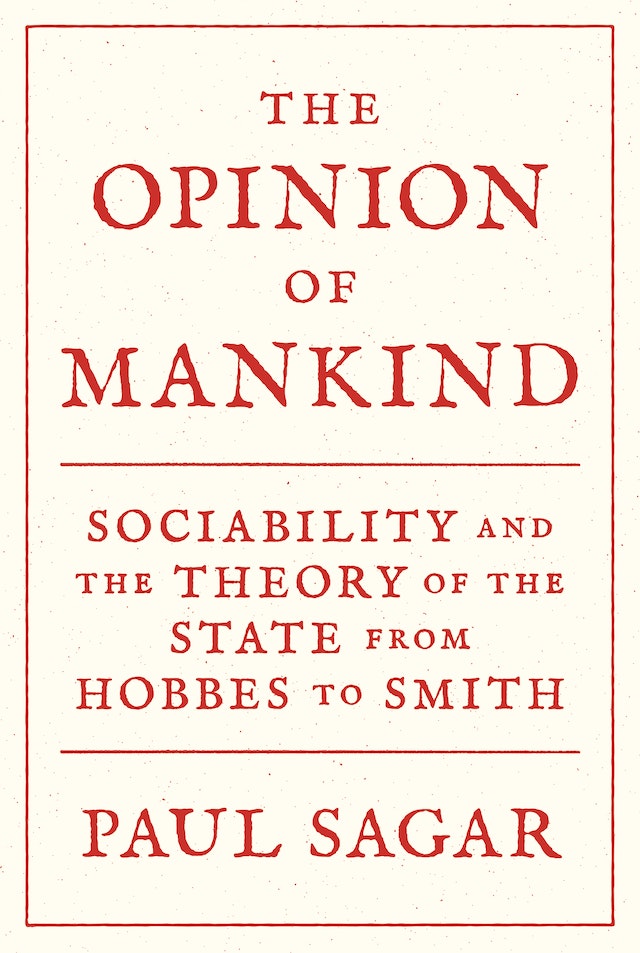 What is the modern state? Conspicuously undertheorized in recent political theory, this question persistently animated the best minds of the Enlightenment. Recovering David Hume and Adam Smith’s long-underappreciated contributions to the history of political thought, The Opinion of Mankind considers how, following Thomas Hobbes’s epochal intervention in the mid-seventeenth century, subsequent thinkers grappled with explaining how the state came into being, what it fundamentally might be, and how it could claim rightful authority over those subject to its power.

Hobbes has cast a long shadow over Western political thought, particularly regarding the theory of the state. This book shows how Hume and Smith, the two leading lights of the Scottish Enlightenment, forged an alternative way of thinking about the organization of modern politics. They did this in part by going back to the foundations: rejecting Hobbes’s vision of human nature and his arguments about our capacity to form stable societies over time. In turn, this was harnessed to a deep reconceptualization of how to think philosophically about politics in a secular world. The result was an emphasis on the “opinion of mankind,” the necessary psychological basis of all political organization.

Demonstrating how Hume and Smith broke away from Hobbesian state theory, The Opinion of Mankind also suggests ways in which these thinkers might shape how we think about politics today, and in turn how we might construct better political theory.

Paul Sagar is lecturer of political theory in the Department of Political Economy at King’s College London. Prior to this he was junior research fellow in politics at King’s College, Cambridge.

"True to his promise in the introduction, Sagar’s careful historical analysis recovers arguments that have not lost their interest and urgency. The book is important reading for anyone interested in the political theory of the period or the historical background of current trends towards 'realism' in political theory."—Clifton Mark, Political Theory

"[A] scholarly and provocative study."—Journal of Markets & Morality

"The Opinion of Mankind is an ambitious, incisive contribution to political theory. In rehabilitating David Hume and Adam Smith as pivotal figures in the canon of Western political philosophy, the book shows how their writings raise fundamental questions about social cooperation and political subjection. The result is a historically rich and philosophically subtle exploration of eighteenth-century moral and political thought that will change how we interpret the role of sociability and government in the period. While crafting boldly original exegesis, Sagar at the same time asks us to ponder more deeply the relationship between past thinkers and contemporary political theory."—Richard Bourke, author of Empire and Revolution

"This ambitious book takes seriously Hume's claim that government is founded on opinion, and it works out the implications of that claim by bringing Hume into philosophical conversation with his seventeenth-century predecessors and eighteenth-century contemporaries. This is one of the most careful accounts of the sociability debate of the early Enlightenment."—Iain McDaniel, University of Sussex

"Tracing debates about sociability and the state from Thomas Hobbes to Adam Smith, this impressive book overturns many prominent accounts of the development of modern political thought. While principally a historical study, The Opinion of Mankind has clear and important implications for how we think about the scope and purpose of political theory today."—Robin Douglass, King's College London