A short, graduate-level synthesis of recent developments in theoretical physics, from a pioneer in the field 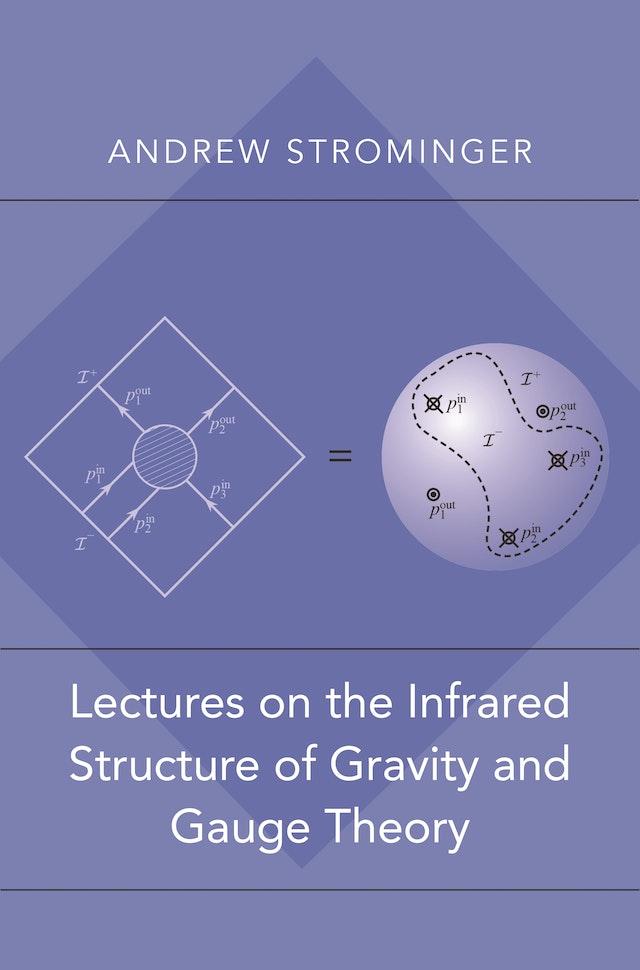 Lectures on the Infrared Structure of Gravity and Gauge Theory presents an accessible, graduate-level synthesis of a frontier research area in theoretical physics. Based on a popular Harvard University course taught by the author, this book gives a concise introduction to recent discoveries concerning the structure of gravity and gauge theory at very long distances. These discoveries unite three disparate but well-developed subjects in physics.

The first subject is the soft theorems, which were found by particle physicists in the 1950s to control the behavior of low-energy photons and are essential for all collider predictions. The second subject is asymptotic symmetries, found by general relativists in the 1960s to provide a surprising, infinite number of exact relations between distinct physical phenomena. The third subject is the memory effect, the measurement of which is sought in upcoming gravitational wave observations. An exploration of the physical and mathematical equivalence of these three subjects has provided a powerful new perspective on old results and led to a plethora of new results, involving symmetries of QED, gluon scattering amplitudes, flat-space holography in quantum gravity, black hole information, and beyond.

Uniquely connective and cutting-edge, Lectures on the Infrared Structure of Gravity and Gauge Theory takes students and scholars to the forefront of new developments in the discipline.

Andrew Strominger is the Gwill E. York Professor of Physics at Harvard University.

"Strominger is a master physicist and instructor. In this wonderful new book, he patiently and clearly takes the reader on a journey a half century in the making, laying the quantum mechanical foundations for gauge theories and gravity. Students and practitioners alike have a rare opportunity to be guided by a prime mover of modern physics whose pedagogical skills are second to none."—Brian Greene, Columbia University

"The infrared behavior of gauge theories and gravity has been a source of fascination for more than fifty years. This book beautifully lays out exciting developments connecting this research with modern ideas in quantum gravity, leading to a unified understanding of classic results and a host of deep new discoveries. A must-read for all theorists working in fundamental physics."—Nima Arkani-Hamed, Institute for Advanced Study

"In the 1950s, Feynman and others brilliantly solved the ultraviolet problems in electromagnetics by renormalization, but the infrared properties of gauge theory were felt to be trivial and were neglected. However, Strominger's book shows that they are a rich field that may well hold the resolution of the black hole information paradox."—Stephen Hawking, University of Cambridge and author of A Brief History of Time

"This clear and concise book describes the infrared structure of gauge theories and gravity. It contains many new and interesting results. An invaluable reference, its solid scholarship will survive the test of time and make a significant contribution to the field."—Juan Maldacena, Institute for Advanced Study

"Strominger is the main architect behind the recent revival of the study of asymptotic symmetries in gravity and gauge theory. Pedagogical and effective, his timely and exciting approach takes readers to the forefront of new developments."—Hirosi Ooguri, California Institute of Technology