A provocative new look at concepts of the present, their connection to ideas about time, and their effect on literature, art, and culture 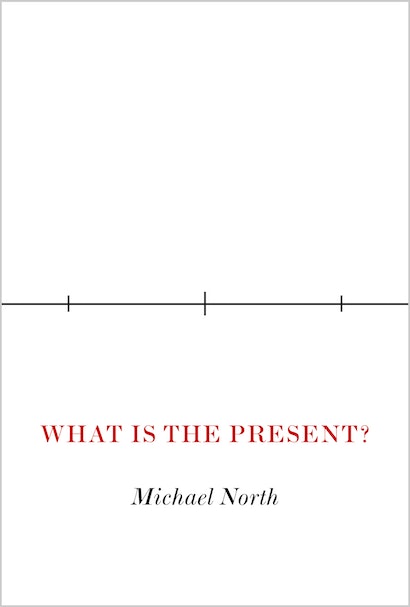 The problem of the present—what it is and what it means—is one that has vexed generations of thinkers and artists. Because modernity places so much value on the present, many critics argue that people today spend far too much time in the here and now—but how can we tell without first knowing what the here and now actually is? What Is the Present? takes a provocative new look at this moment in time that remains a mystery even though it is always with us.

Michael North tackles puzzles that have preoccupied philosophy, neuroscience, psychology, history, and aesthetic theory and examines the complex role of the present in painting, fiction, and film. He engages with a range of thinkers, from Aristotle and Augustine to William James and Henri Bergson. He draws illuminating examples from artists such as Fra Angelico and Richard McGuire, filmmakers like D. W. Griffith and Christopher Nolan, and novelists such as Elizabeth Bowen and Willa Cather. North offers a critical analysis of previous models of the present, from the experiential present to the historical period we call the contemporary. He argues that the present is not a cosmological or experiential fact but a metaphor, a figurative relationship with the whole of time.

Presenting an entirely new conception of the temporal mystery Georg Lukács called the “unexplained instant,” What Is the Present? explores how the arts have traditionally represented the present—and also how artists have offered radical alternatives to that tradition.

Michael North is professor of English at the University of California, Los Angeles. His many books include Novelty: A History of the New, Machine-Age Comedy, and Camera Works: Photography and the Twentieth-Century Word.

"North offers an intriguing challenge to philosophers about the unity of time. We clearly use the idea of the present to pick out relevantly longer chunks of time than could be perceptual and which nevertheless are not merely gerrymandered or ad hoc. In what does this internal unity of the present consist? While North’s eventual target is modernity, the path he takes to get there is of interest to a wide range of philosophical discussions about the nature of time, the character of temporal experience, and the ontology of temporally extended social kinds."—Holly K. Andersen, Simon Fraser University

"This extraordinary book provides a masterful survey of a notoriously baffling subject, yet does so in wonderfully accessible and engaging prose. What Is the Present? is superb scholarship but also exciting news—a captivating report from the front lines of cultural and intellectual engagement. I love this book."—Jesse Matz, author of Lasting Impressions: The Legacies of Impressionism in Contemporary Culture

"A bracing, expansive, and consistently surprising meditation on the notion of the present. In an authoritative yet lucid style, Michael North animates with great panache some of the most profound and persistent questions in the history of ideas."—David James, author of Modernist Futures: Innovation and Inheritance in the Contemporary Novel