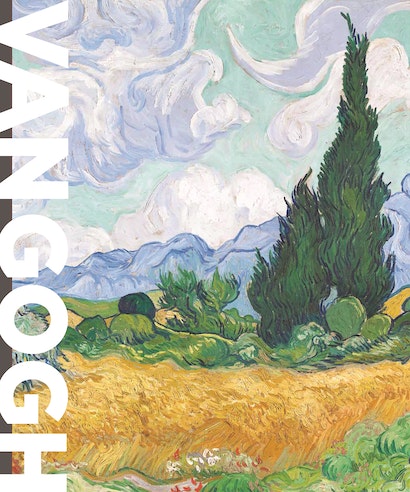 The changing seasons captivated Vincent van Gogh (1853–90), who saw in their unending cycle the majesty of nature and the existence of a higher force. Van Gogh and the Seasons is the first book to explore this central aspect of van Gogh’s life and work.

Van Gogh often linked the seasons to rural life and labor as men and women worked the land throughout the year. From his depictions of peasants and sowers to winter gardens, riverbanks, orchards, and harvests, he painted scenes that richly evoke the sensory pleasures and deprivations particular to each season. This stunning book brings to life the locales that defined his tumultuous career, from Arles, where he experienced his most crucial period of creativity, to Auvers-sur-Oise, where he committed suicide. It looks at van Gogh’s interpretation of nature, the religious implications of the seasons in his time, and how his art was perceived against the backdrop of various symbolist factions, antimaterialist debates, and esoteric beliefs in fin de siècle Paris. The book also features revealing extracts from the artist’s correspondence and artworks from his own collection that provide essential context to the themes in his work.

Breathtakingly illustrated and featuring informative essays by Sjraar van Heugten, Joan Greer, and Ted Gott, Van Gogh and the Seasons shines new light on the extraordinary creative vision of one of the world’s most beloved artists.

Sjraar van Heugten is an independent art historian and former head of collections at the Van Gogh Museum in Amsterdam. His books include Van Gogh: The Birth of an Artist. Joan Greer is professor of the history of art, design, and visual culture at the University of Alberta. Ted Gott is senior curator of international art at the National Gallery of Victoria, Australia.

"This book offers extensive evidence concerning van Gogh's interest in the seasons, an important theme for grasping some of the broader symbolic and spiritual associations of his art. Van Gogh and the Seasons is an essential resource for anyone interested in van Gogh, from general admirers to scholars and curators."—Matthew Simms, author of Cézanne's Watercolors