How the “First State” has enabled international crime, sheltered tax dodgers, and diverted hard-earned dollars from the rest of us 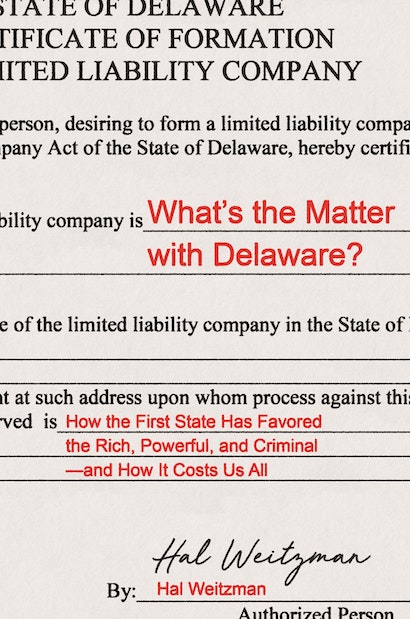 The legal home to over a million companies, Delaware has more registered businesses than residents. Why do virtually all of the biggest corporations in the United States register there? Why do so many small companies choose to set up in Delaware rather than their home states? Why do wealthy individuals form multiple layers of private companies in the state? This book reveals how a systematic enterprise lies behind the business-friendly corporate veneer, one that has kept the state afloat financially by diverting public funds away from some of the poorest people in the United States and supporting dictators and criminals across the world.

Hal Weitzman shows how the de facto capital of corporate America has provided safe haven to money launderers, kleptocratic foreign rulers, and human traffickers, and facilitated tax dodging and money laundering by multinational companies and international gangsters. Revenues from Delaware’s business-formation industry, known as the Franchise, account for two-fifths of the state’s budget and have helped to keep the tax burden on its residents among the lowest in the United States. Delaware derives enormous political clout from the Franchise, effectively writing the corporate code for the entire country—and because of its outsized influence on corporate America, the second smallest state in the United States also writes the rules for much of the world.

What’s the Matter with Delaware? shows how, in Joe Biden’s home state, the corporate laws get written behind closed doors, enabling the rich and powerful to do business in the shadows.

Hal Weitzman on What’s the Matter with Delaware?

Hal Weitzman is executive director for intellectual capital at the University of Chicago Booth School of Business, and editor-in-chief of Chicago Booth Review. He also teaches MBA students and business executives at Chicago Booth. A former Financial Times editor and foreign correspondent, he is the author of Latin Lessons. Twitter @HalWeitzman 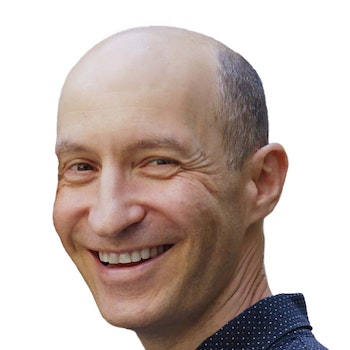 “What is it that attracts giant multinational companies, kleptocrats, and tax evaders to Delaware? In this eye-opening book, Weitzman unveils the central role played by the First State—this great cog of American capitalism—in the financial dealings of big companies and wealthy families. This is a must-read book for anyone who cares about the future of taxation and inequality.”—Gabriel Zucman, coauthor of The Triumph of Injustice: How the Rich Dodge Taxes and How to Make Them Pay

“This book is a meticulously researched and powerfully argued examination of capitalism’s ‘Delaware problem,’ which undermines the transparency and accountability essential to a strong economy. A must-read for anyone who wants to know why it is so difficult to align corporate action with shareholder value or the public interest.”—Nell Minow, vice chair of ValueEdge Advisors

“Enlivened by rich anecdotes and stories, this book is a devastating attack on Delaware’s dominance. Weitzman shows how its supremacy in the nation’s economic life creates profound injury to other states, real humans both near and far, and indeed democracy itself.”—Kent Greenfield, Boston College Law School