Why you have the right to resist unjust government 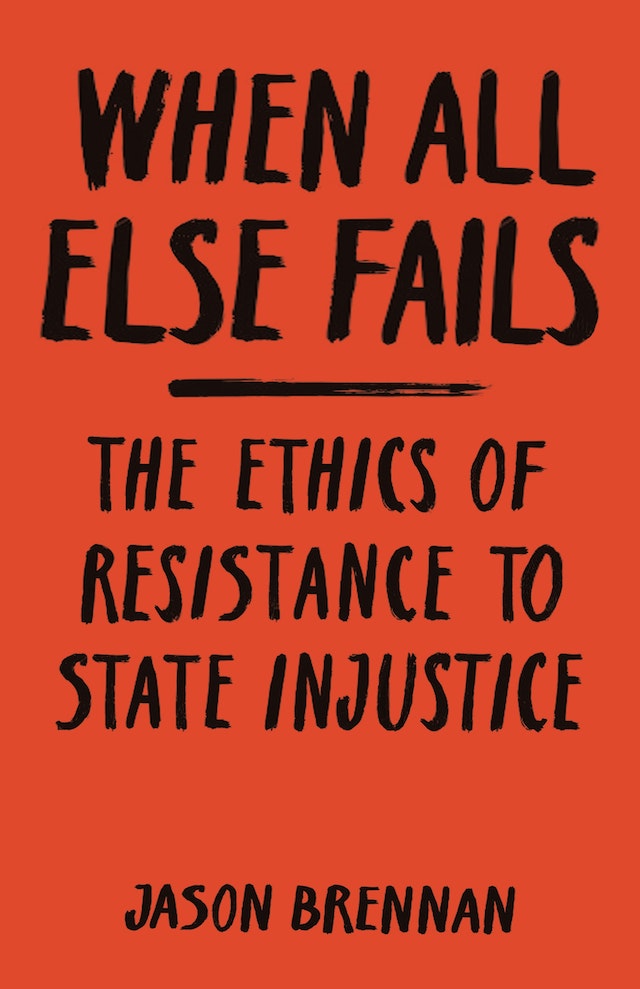 The economist Albert O. Hirschman famously argued that citizens of democracies have only three possible responses to injustice or wrongdoing by their governments: we may leave, complain, or comply. But in When All Else Fails, Jason Brennan argues that there is a fourth option. When governments violate our rights, we may resist. We may even have a moral duty to do so.

For centuries, almost everyone has believed that we must allow the government and its representatives to act without interference, no matter how they behave. We may complain, protest, sue, or vote officials out, but we can’t fight back. But Brennan makes the case that we have no duty to allow the state or its agents to commit injustice. We have every right to react with acts of “uncivil disobedience.” We may resist arrest for violation of unjust laws. We may disobey orders, sabotage government property, or reveal classified information. We may deceive ignorant, irrational, or malicious voters. We may even use force in self-defense or to defend others.

The result is a provocative challenge to long-held beliefs about how citizens may respond when government officials behave unjustly or abuse their power.

Jason Brennan is the Robert J. and Elizabeth Flanagan Family Professor of Strategy, Economics, Ethics, and Public Policy at Georgetown University’s McDonough School of Business. His many books include Against Democracy and The Ethics of Voting (both Princeton).

"This book is essential reading in an age in which political systems appear to be failing and in flux and populations are becoming insecure and distrustful of their governments. . . . It should stimulate a debate that we need to have."—Lisa Mckenzie, Times Higher Education

"Provocative and entertaining. . . . Much of the book is Brennan defending his moral parity thesis from challenges, such as the social contract (we consent to government rule), good faith (agents are just doing their jobs as best as they can), and dangerous misapplication (dumb people will make terrible mistakes). Brennan deftly knocks down these objections one by one. . . . When All Else Fails argues persuasively that even if a government agent or official is part of a popularly elected democratic regime, this doesn't magically confer immunity from defensive action when the agent or official engages in unjust, immoral actions."—Matthew Harwood, Reason

“A superb book. Brennan clearly and convincingly defends the radical idea that ordinary citizens may use force against injustice perpetrated by government officials, just as they would against fellow citizens.”—Christopher Heath Wellman, Washington University in St. Louis