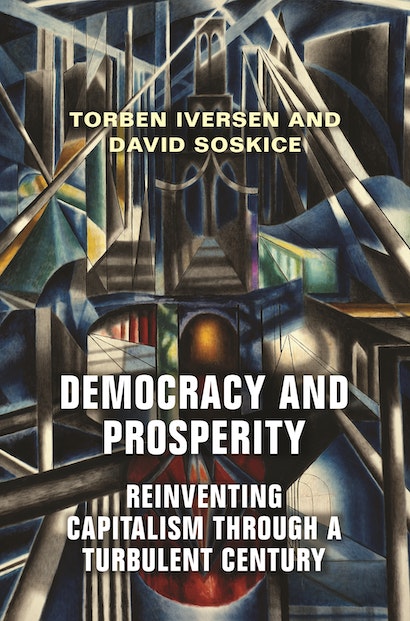 It is a widespread view that democracy and the advanced nation-state are in crisis, weakened by globalization and undermined by global capitalism, in turn explaining rising inequality and mounting populism. This book, written by two of the world’s leading political economists, argues this view is wrong: advanced democracies are resilient, and their enduring historical relationship with capitalism has been mutually beneficial.

For all the chaos and upheaval over the past century—major wars, economic crises, massive social change, and technological revolutions—Torben Iversen and David Soskice show how democratic states continuously reinvent their economies through massive public investment in research and education, by imposing competitive product markets and cooperation in the workplace, and by securing macroeconomic discipline as the preconditions for innovation and the promotion of the advanced sectors of the economy. Critically, this investment has generated vast numbers of well-paying jobs for the middle classes and their children, focusing the aims of aspirational families, and in turn providing electoral support for parties. Gains at the top have also been shared with the middle (though not the bottom) through a large welfare state.

Contrary to the prevailing wisdom on globalization, advanced capitalism is neither footloose nor unconstrained: it thrives under democracy precisely because it cannot subvert it. Populism, inequality, and poverty are indeed great scourges of our time, but these are failures of democracy and must be solved by democracy.

Torben Iversen is the Harold Hitchings Burbank Professor of Political Economy at Harvard University. His books include Women, Work, and Politics and Capitalism, Democracy, and Welfare. David Soskice is School Professor and Professor of Political Science and Economics at the London School of Economics. His books include Macroeconomics: Institutions, Instability, and the Financial System (with Wendy Carlin) and Varieties of Capitalism (edited with Peter A. Hall). 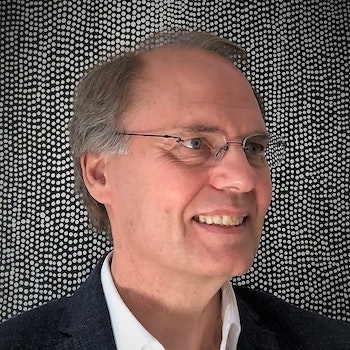 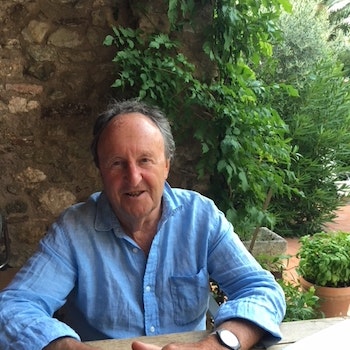 "Many on the right argue that democracy subverts capitalism. Many on the left argue that capitalism undermines democracy. In this brilliant book, Iversen and Soskice argue compellingly that both views are wrong."—Martin Wolf, Financial Times, Summer Books of 2019

"Iversen & Soskice present a unique analysis of the relationship between capitalism and democracy. . . .[Democracy and Prosperity] offers a brilliant framework that will be greatly acknowledged as well as critiqued in the coming years."—M Karem Coban, Democratic Audit UK

"Iversen and Soskice present a unique analysis of the relationship between capitalism and democracy . . . . [this] book offers a brilliant framework that will be greatly acknowledged as well as critiqued in the coming years."—M Kerem Coban, LSE Review of Books

"The authors deliver an impressive series of empirical findings and theoretical arguments in favor of this unconventional and bold thesis at odds with an era in which illiberal democracies and populist movements prosper."—Robert Boyer, Journal of Economics

“Democracy and Prosperity is a tour de force that is certain to anchor debates on global capitalism for the foreseeable future. With their characteristic verve, Iversen and Soskice make a bold, brave, and lucid argument about a foundational topic—and offer grounds for unexpected optimism.”—Cathie Jo Martin, coauthor of The Political Construction of Business Interests

“This is an impressive, bracing, and agenda-setting book. Democracy and Prosperity is a landmark work in comparative political economy.”—Paul Pierson, coauthor of American Amnesia: How the War on Government Led Us to Forget What Made America Prosper

“A remarkable achievement by two very prominent scholars. This must-read book poses important challenges for those of us who believe that capitalism has taken a turn that is unfavorable to middle-income workers and that government has become less responsive to their interests.”—Jonas Pontusson, author of Inequality and Prosperity: Social Europe vs. Liberal America

“In this magisterial account, Iversen and Soskice demonstrate that contemporary advanced capitalism is based on the presence of skilled and educated workers and geographically rooted ecologies of organizations, people, and institutions. They show us why populism is currently challenging advanced capitalist democracies, but also why we have many reasons to be optimistic about the future.”—Michael Storper, author of Keys to the City: How Economics, Institutions, Social Interaction, and Politics Shape Development