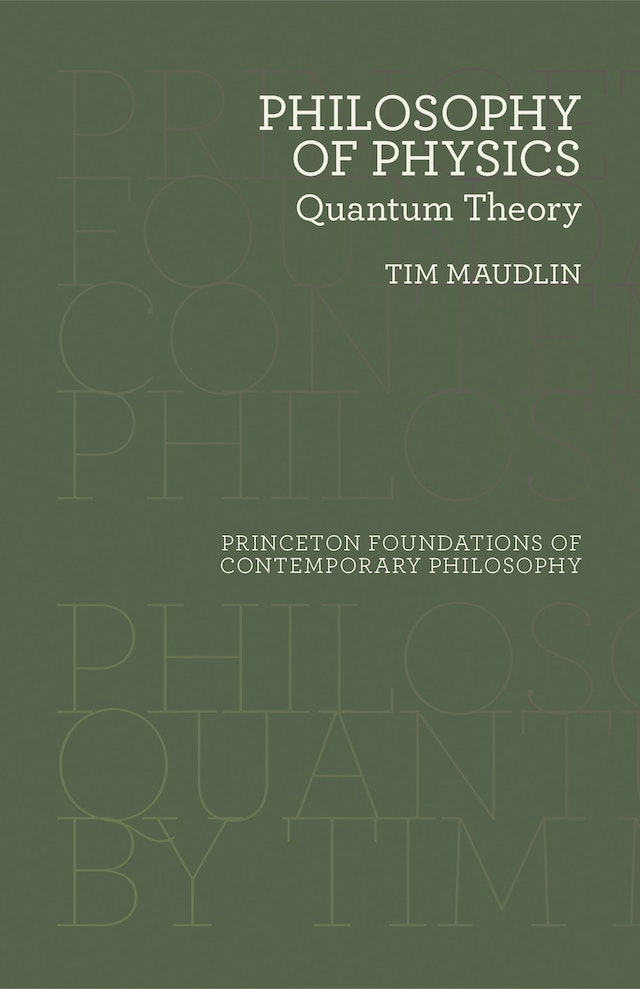 In this book, Tim Maudlin, one of the world’s leading philosophers of physics, offers a sophisticated, original introduction to the philosophy of quantum mechanics. The briefest, clearest, and most refined account of his influential approach to the subject, the book will be invaluable to all students of philosophy and physics.

Quantum mechanics holds a unique place in the history of physics. It has produced the most accurate predictions of any scientific theory, but, more astonishing, there has never been any agreement about what the theory implies about physical reality. Maudlin argues that the very term “quantum theory” is a misnomer. A proper physical theory should clearly describe what is there and what it does—yet standard textbooks present quantum mechanics as a predictive recipe in search of a physical theory.

In contrast, Maudlin explores three proper theories that recover the quantum predictions: the indeterministic wavefunction collapse theory of Ghirardi, Rimini, and Weber; the deterministic particle theory of deBroglie and Bohm; and the conceptually challenging Many Worlds theory of Everett. Each offers a radically different proposal for the nature of physical reality, but Maudlin shows that none of them are what they are generally taken to be.

Tim Maudlin is professor of philosophy at New York University. He is the author of Philosophy of Physics: Space and Time (Princeton), Quantum Non-Locality and Relativity: Metaphysical Intimations of Modern Physics, The Metaphysics within Physics, and Truth and Paradox.

"Maudlin's book . . . should have been subtitled ‘Everything You Always Wanted to Know About Quantum Theory (But Were Afraid to Ask)’ . . . its plain presentation style makes it a good introductory book for students and non-specialists. In short, it is highly recommended for anybody interested in quantum theory."—Notre Dame Philosophy Reviews

“Tim Maudlin is one of the world’s leading experts on the philosophy of physics, and he has a gift for digging deeply into foundations and explaining clearly what is there. This excellent book will be very valuable to students first encountering the philosophy of quantum mechanics. Maudlin’s strategy of introducing the subject through eight experiments is itself worth the price of admission.”—Sean Carroll, California Institute of Technology

“This is an exceptionally clear account of a specific line in the interpretation of quantum mechanics, one that Tim Maudlin has been championing with increasing precision and care for twenty years, and which has found many adherents in the philosophy of physics community. The book also does a very good job of explaining, in nontechnical terms, the main conceptual puzzles of quantum mechanics in a style very conducive to understanding by philosophers. And Maudlin’s way of getting at quantum weirdness through eight experiments is beautiful.”—David Wallace, University of Southern California