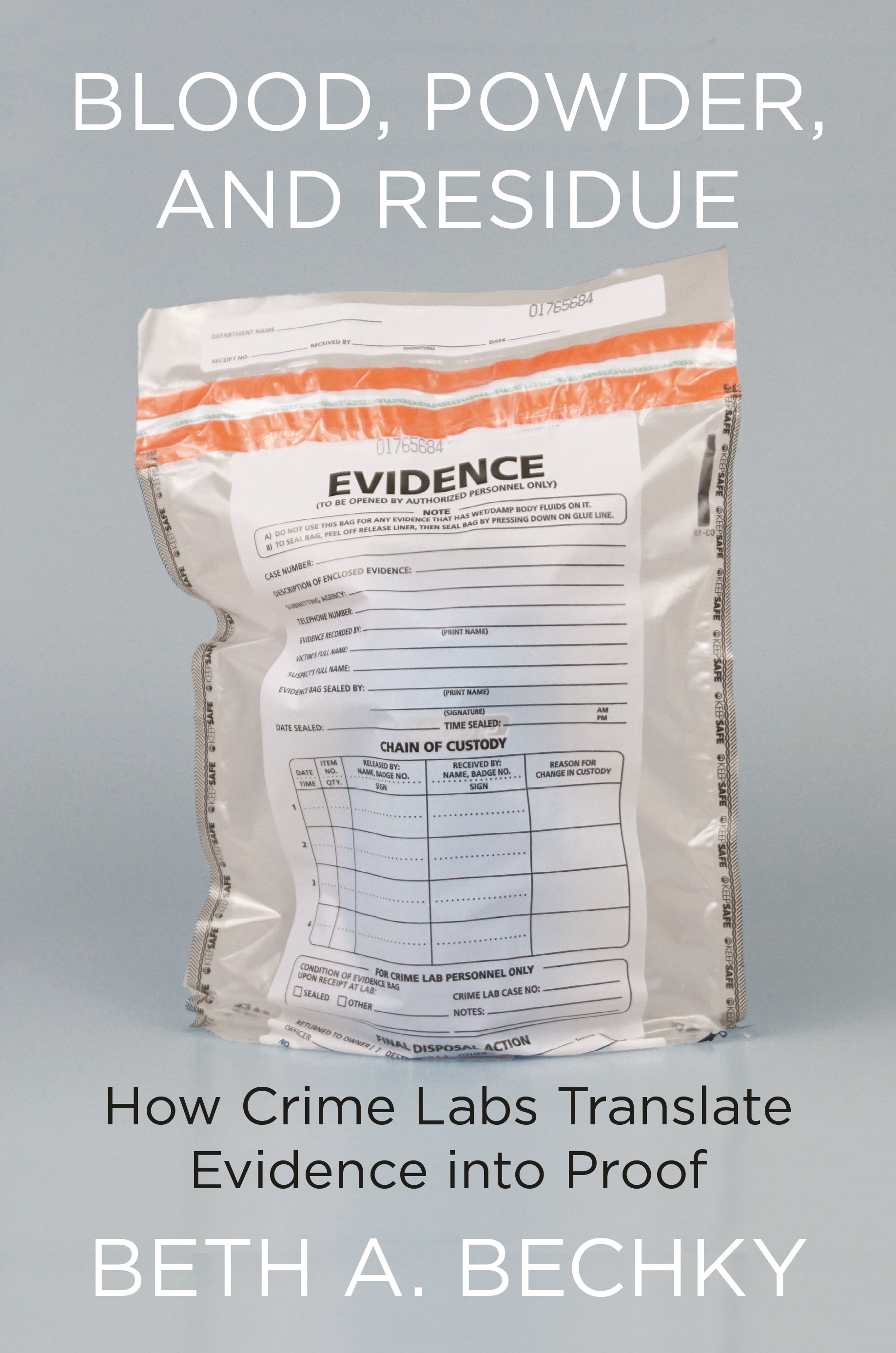 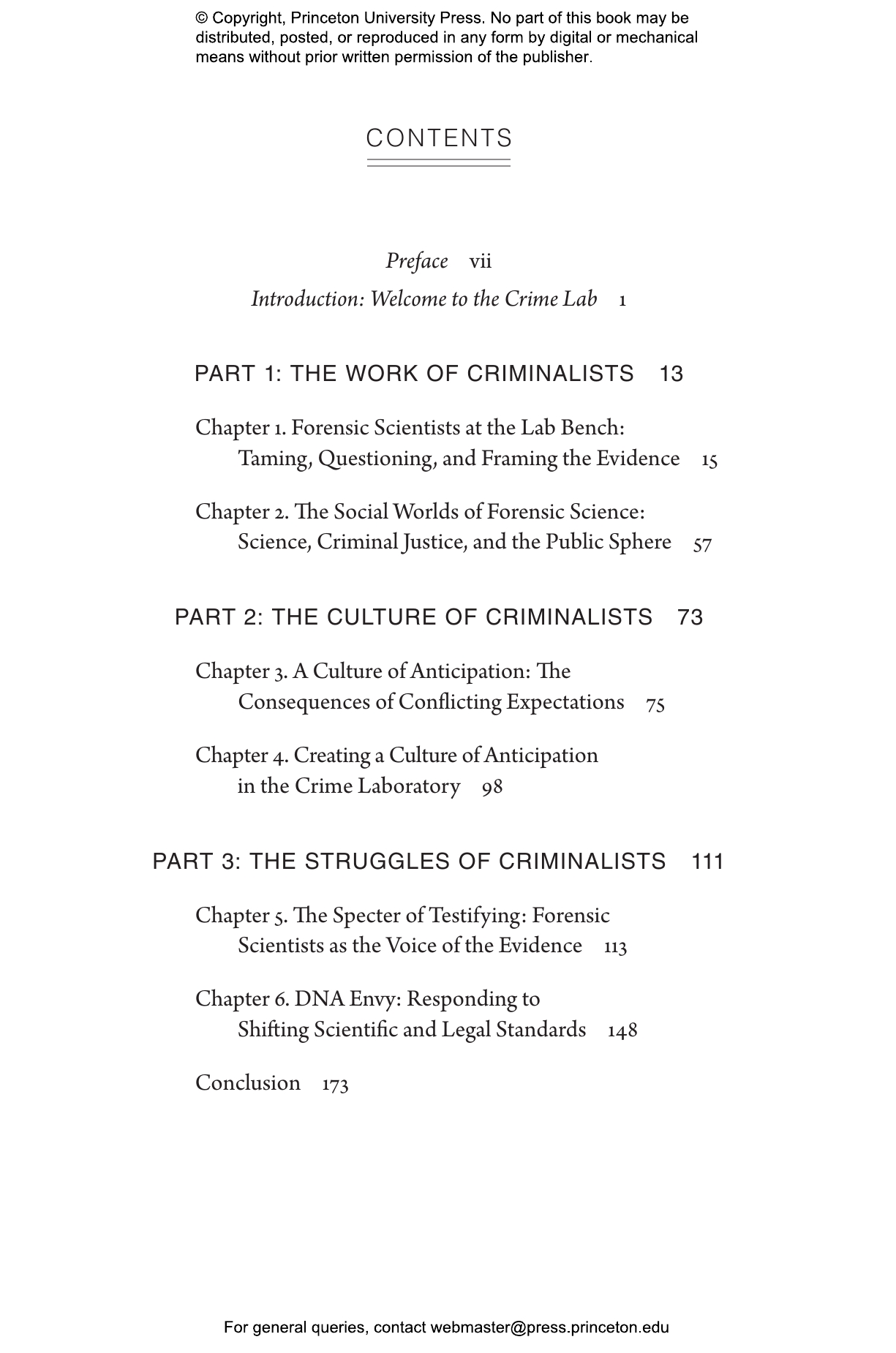 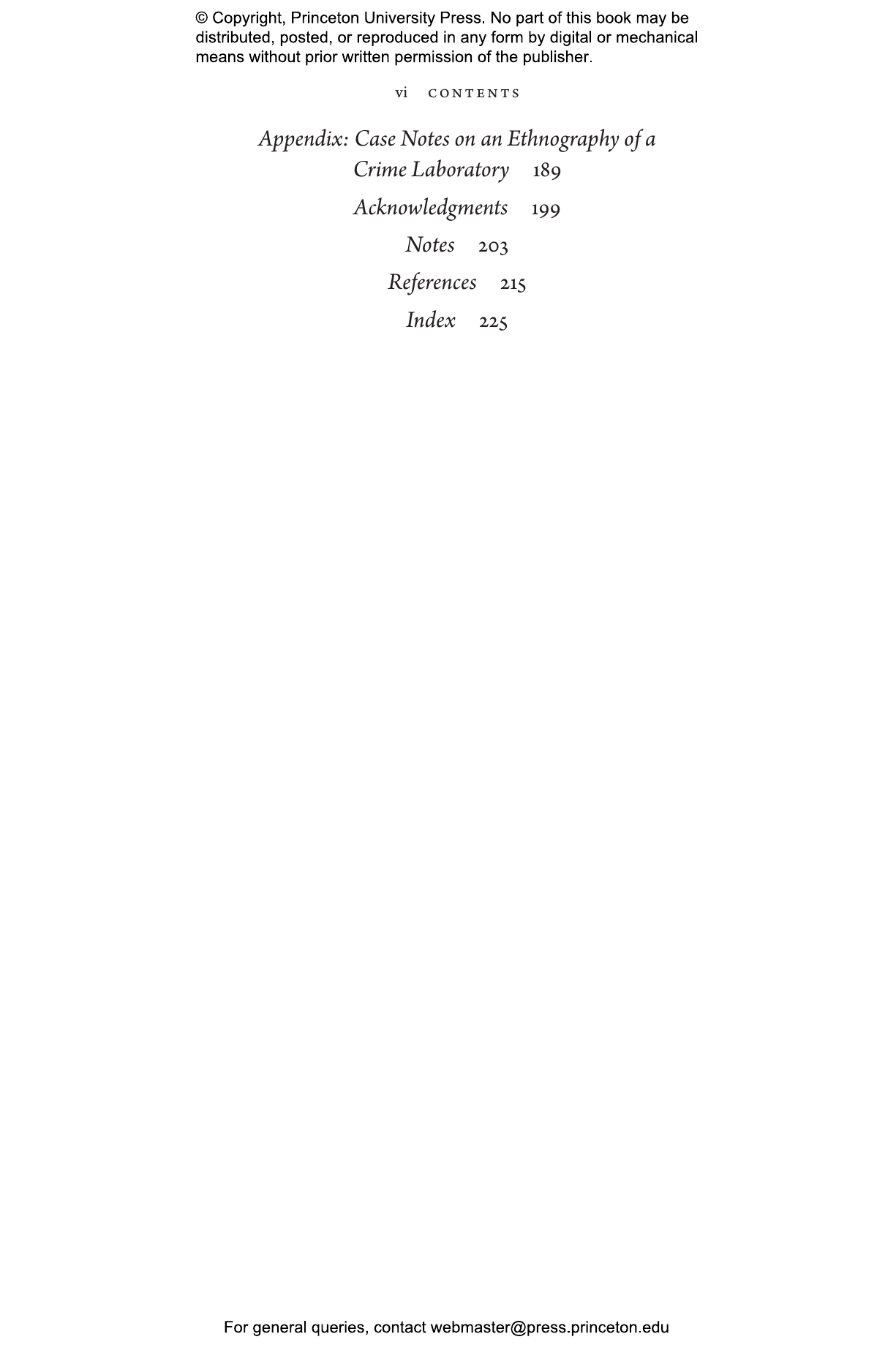 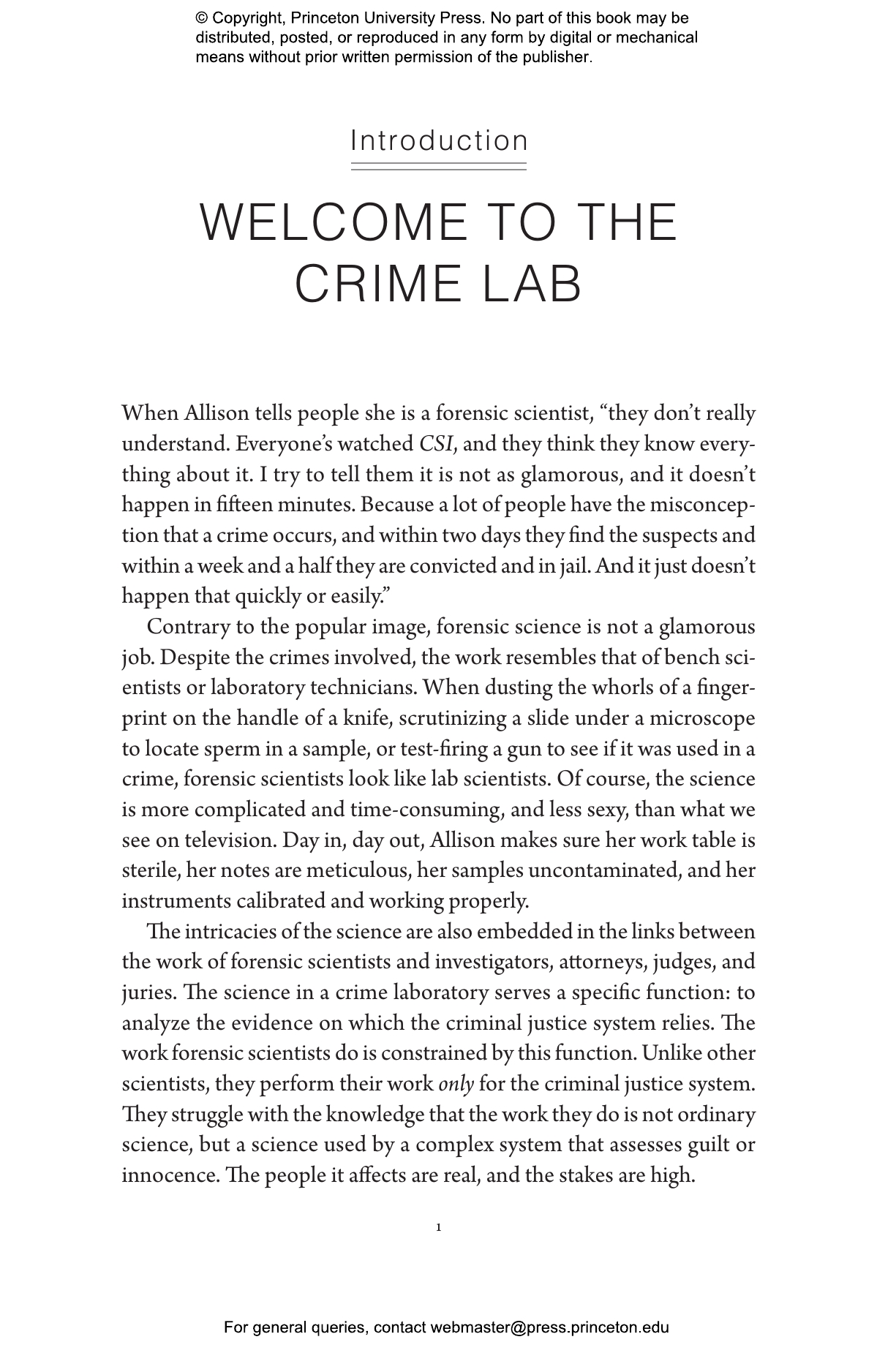 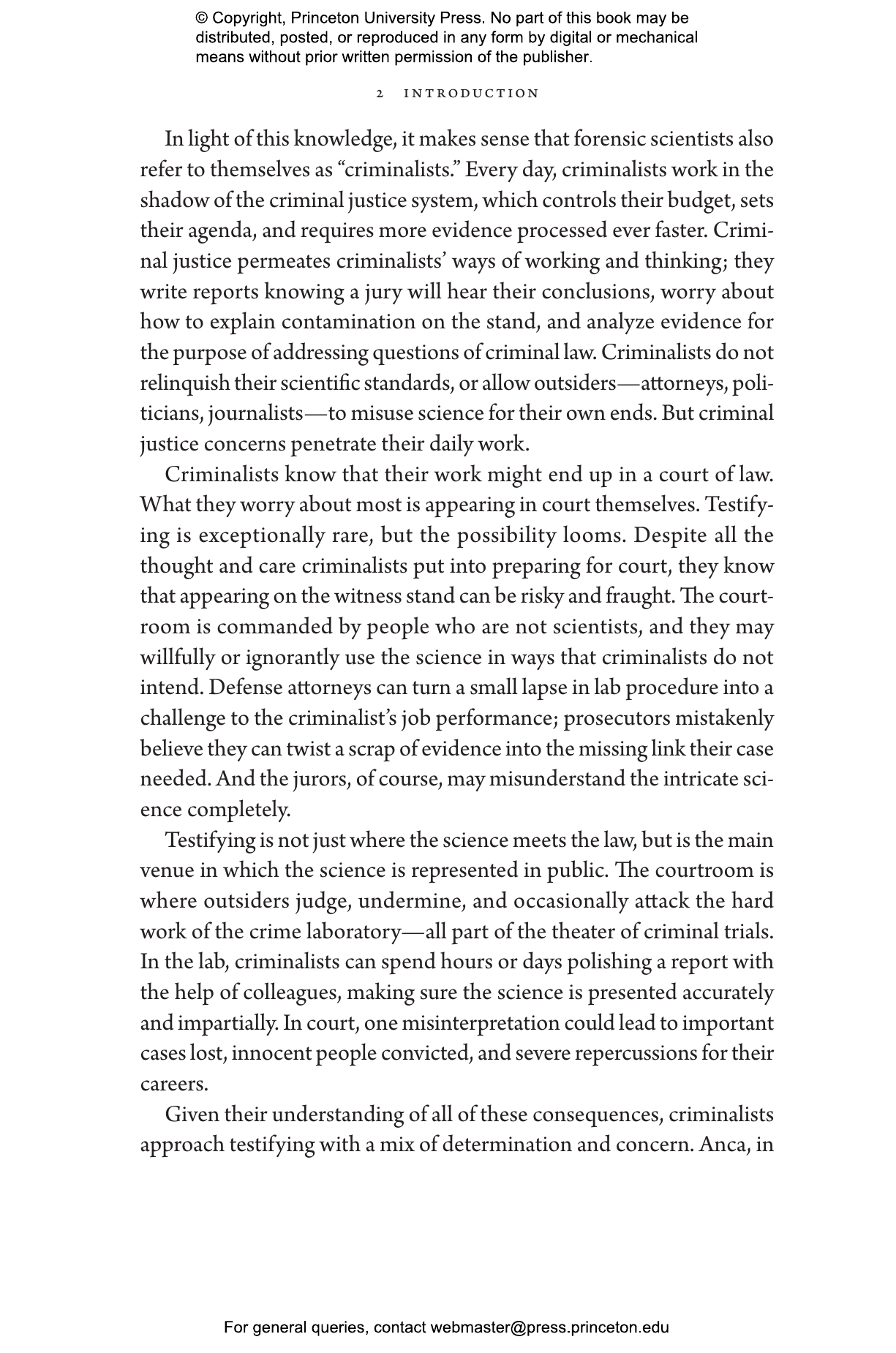 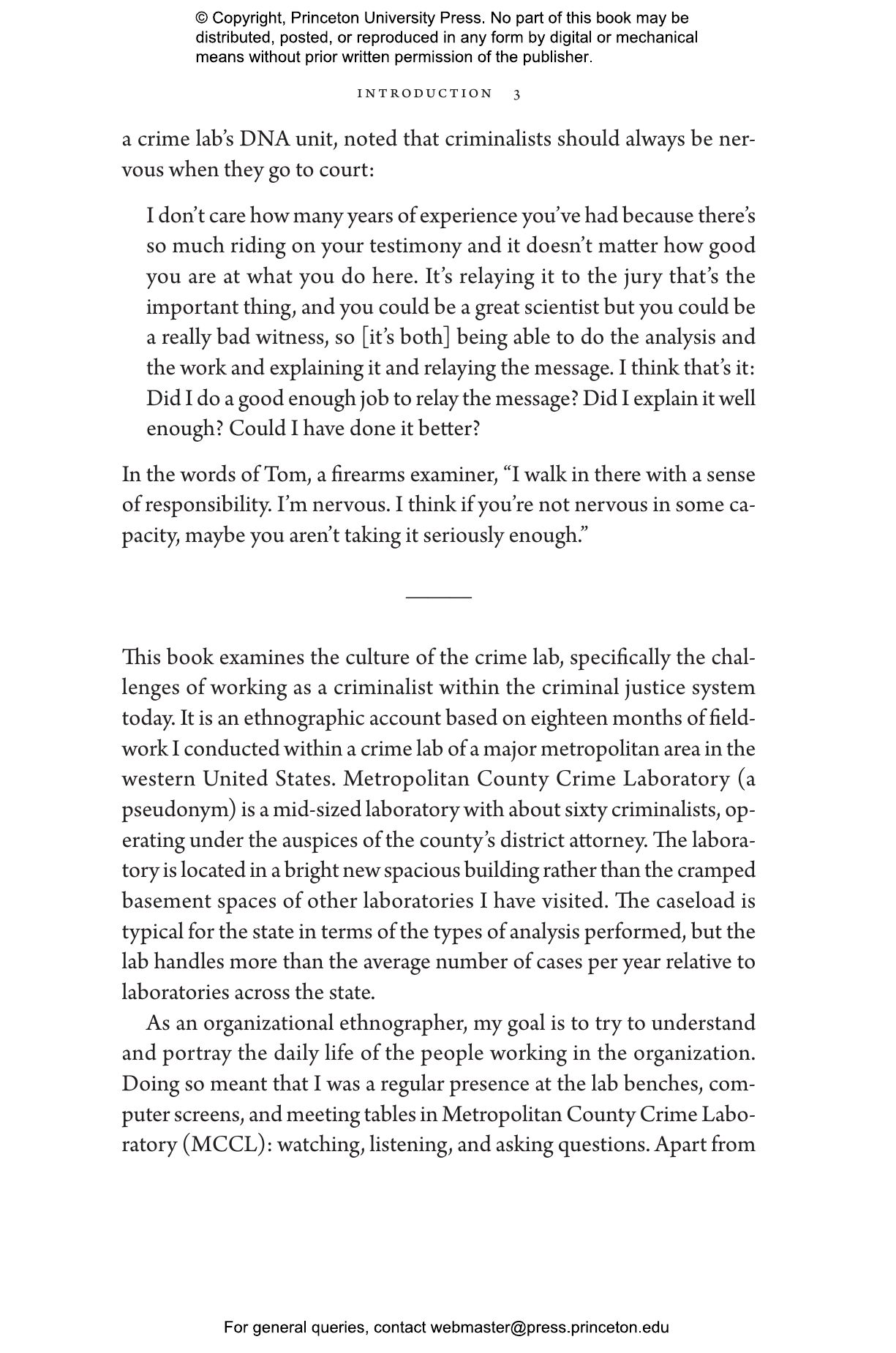 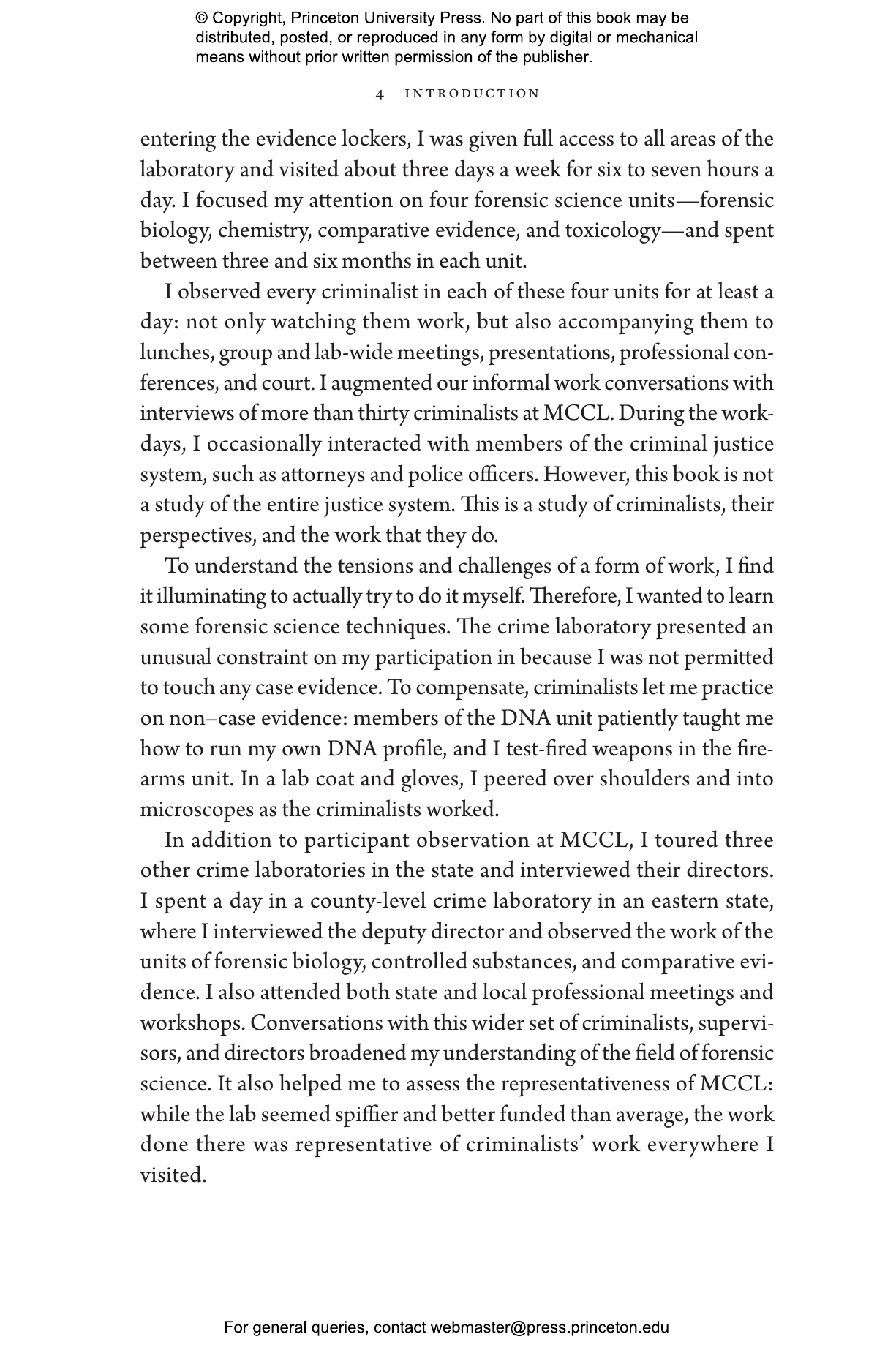 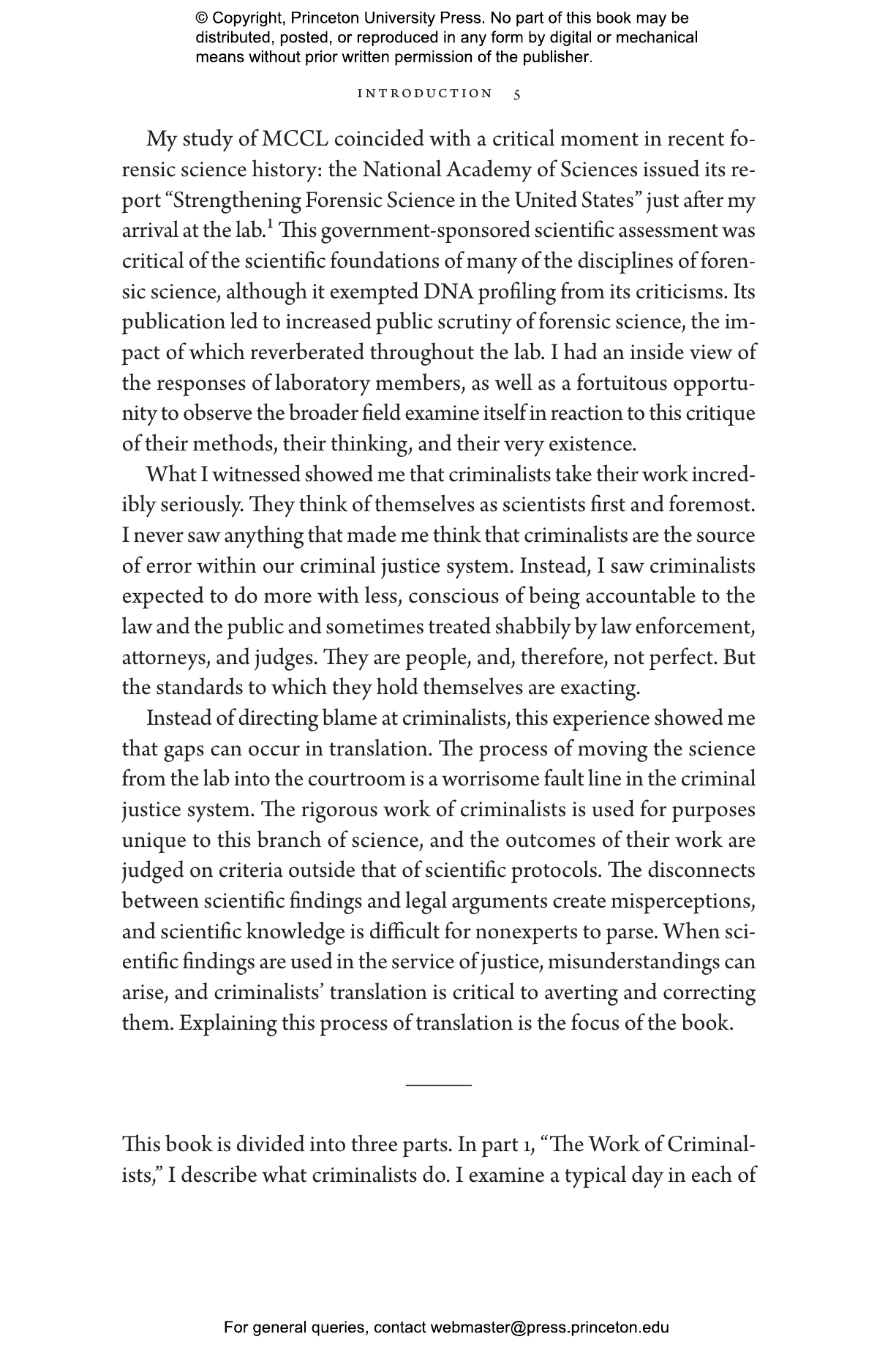 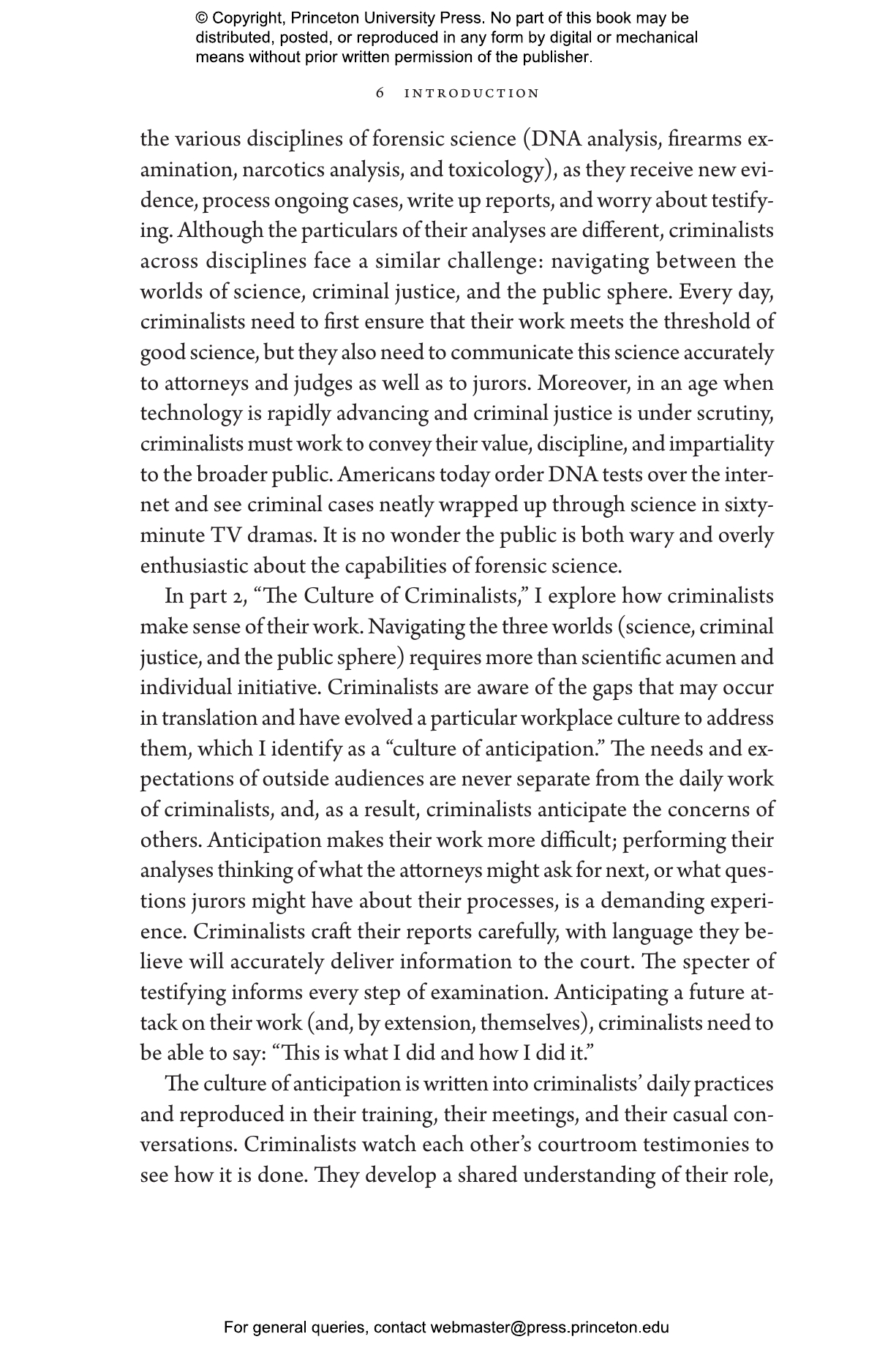 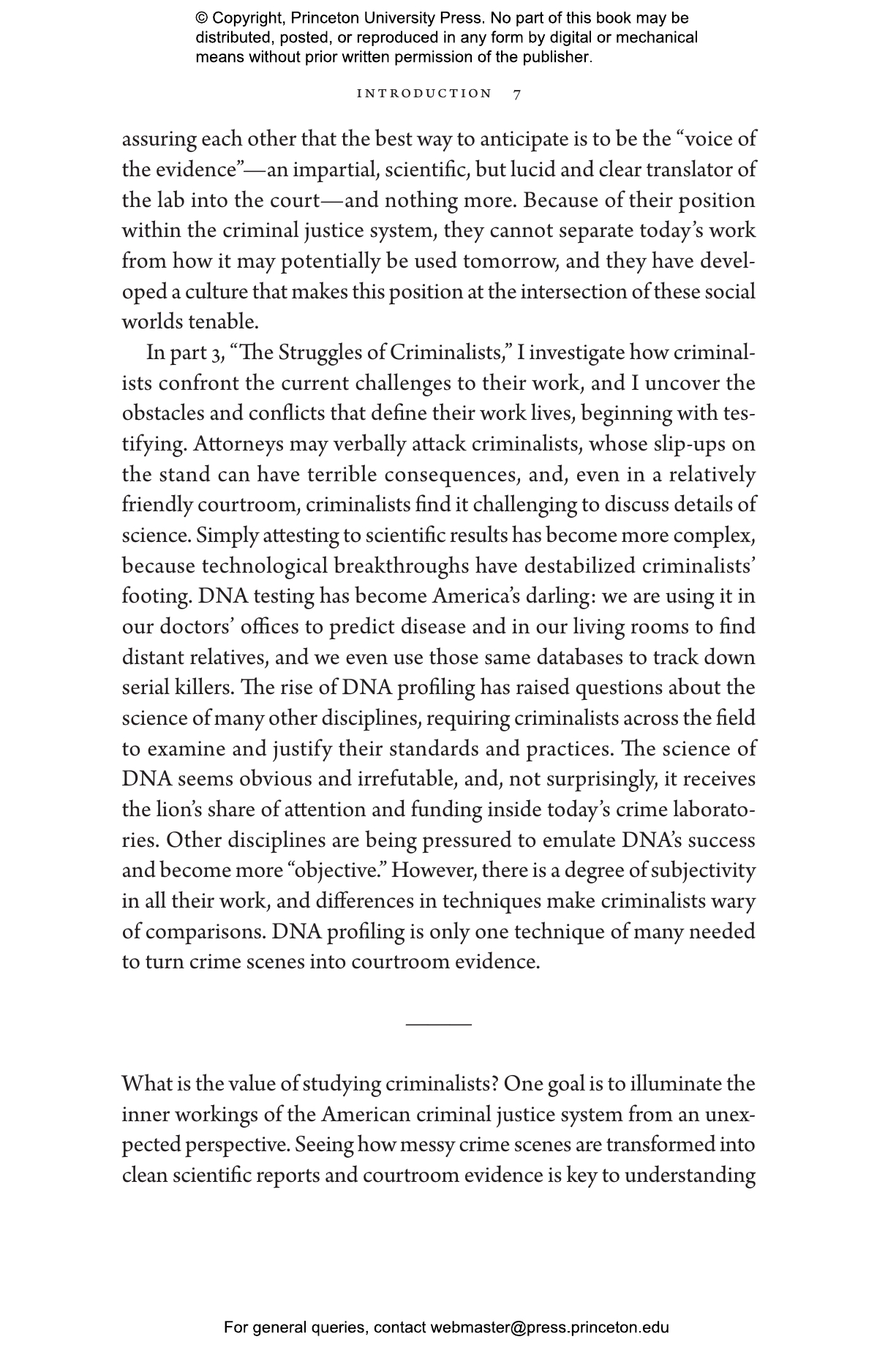 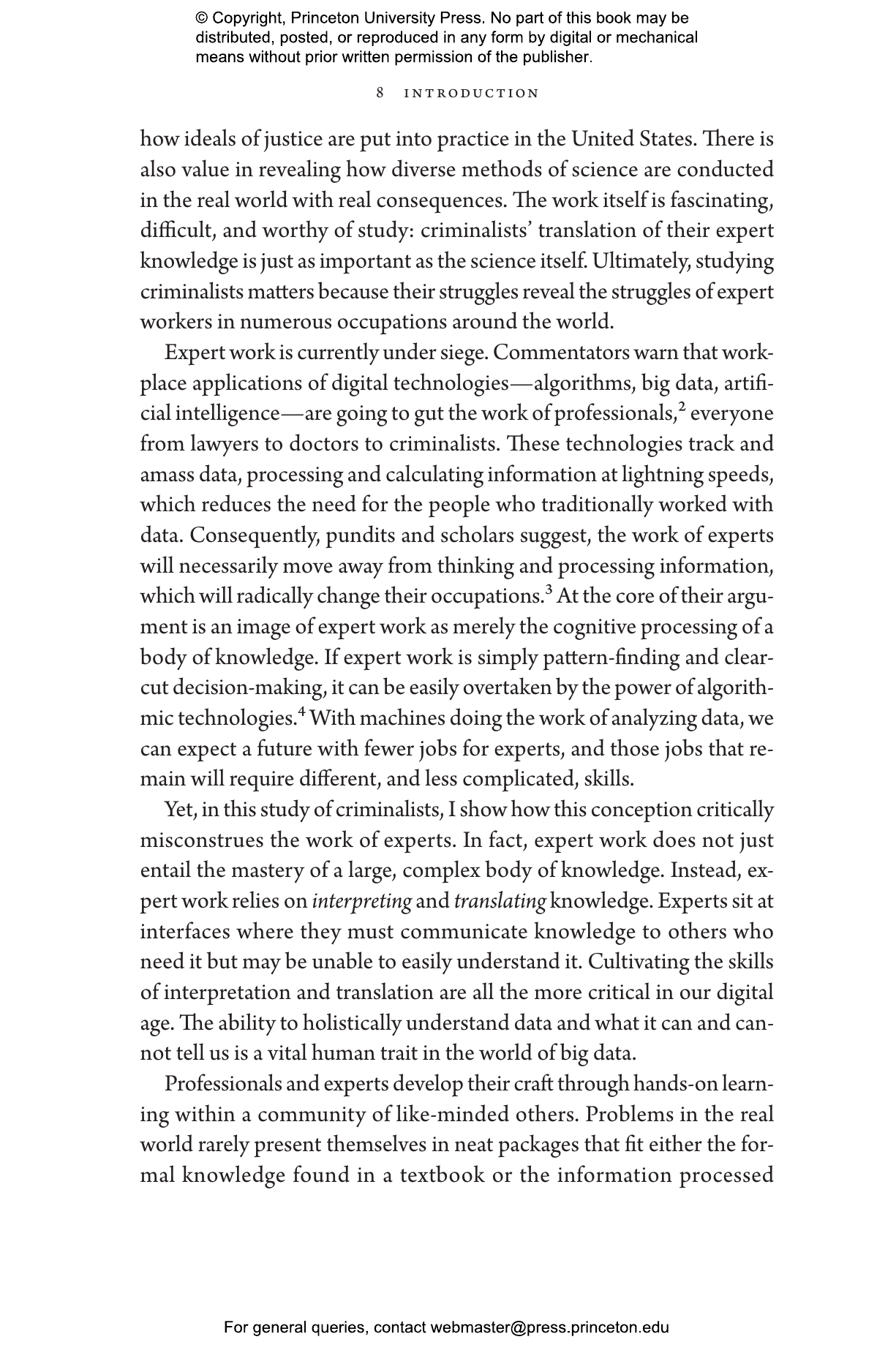 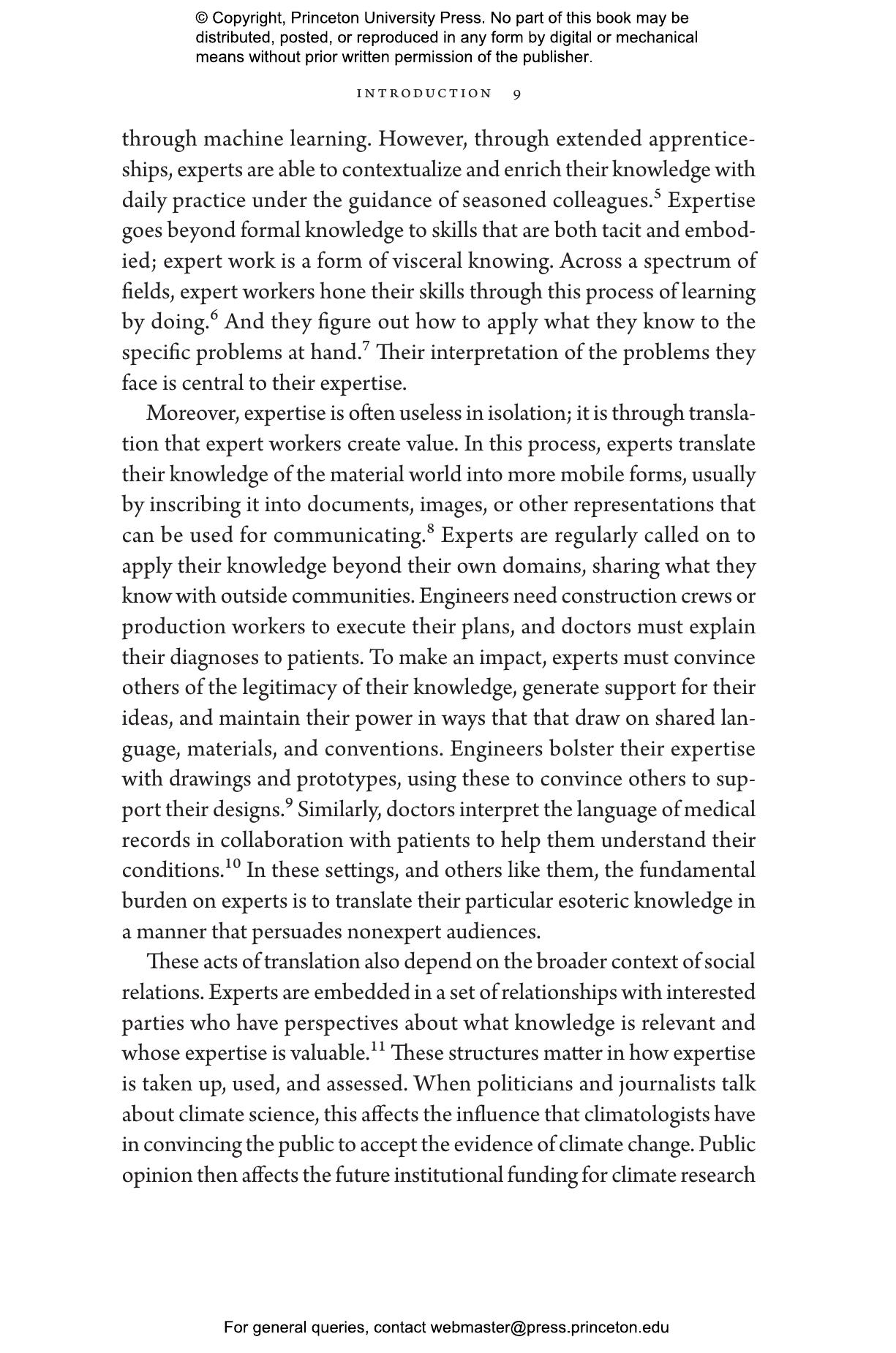 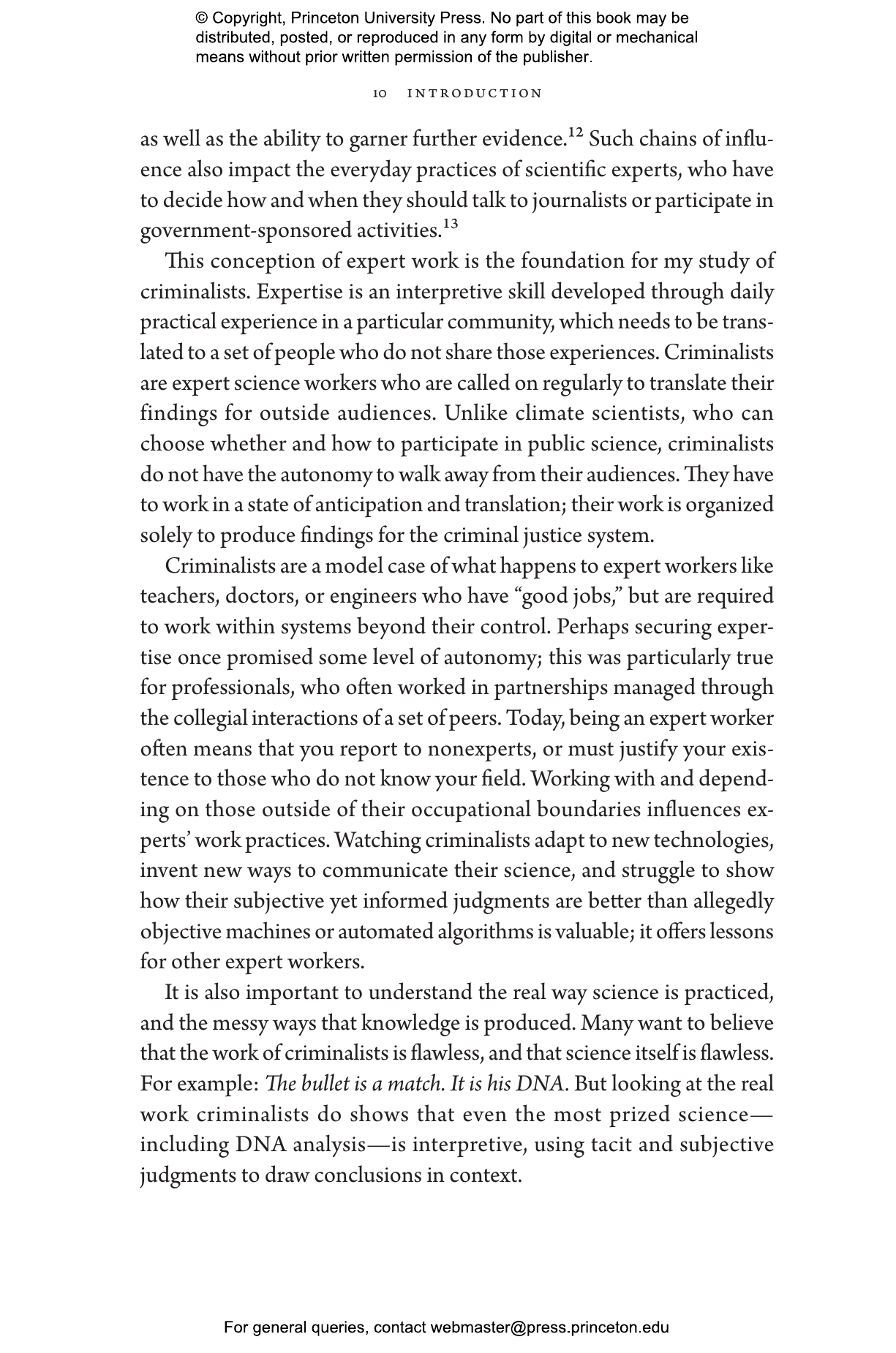 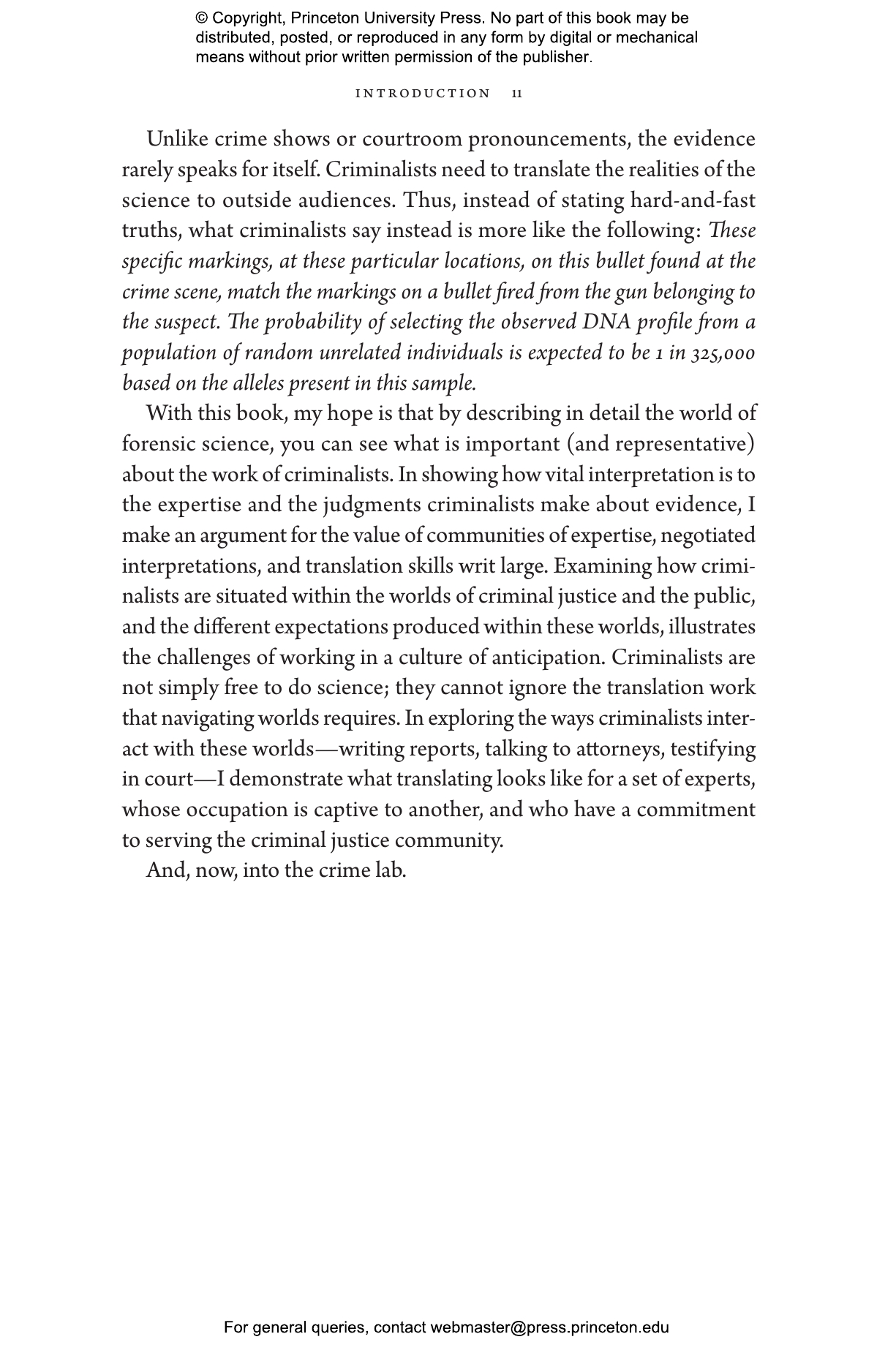 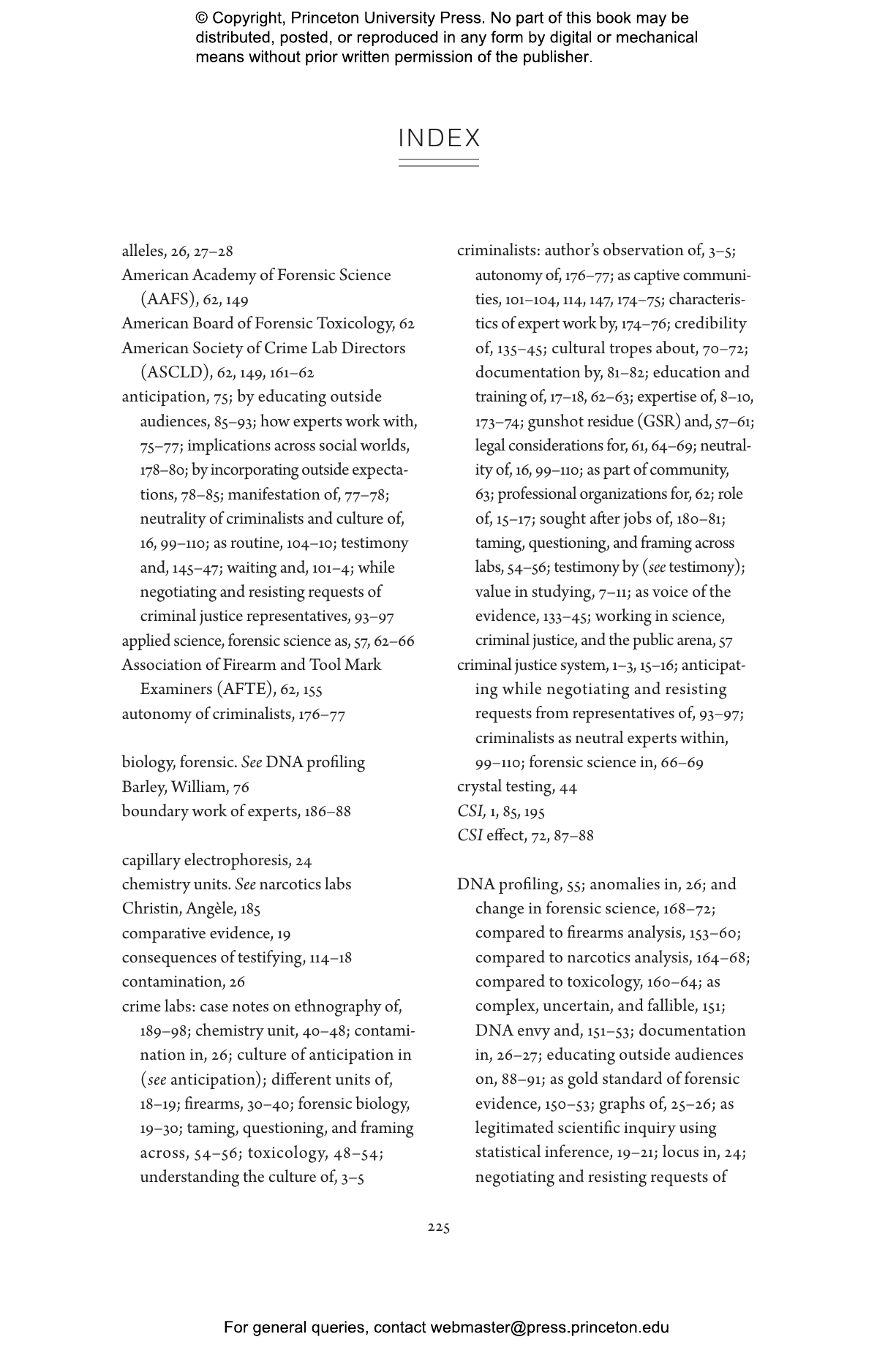 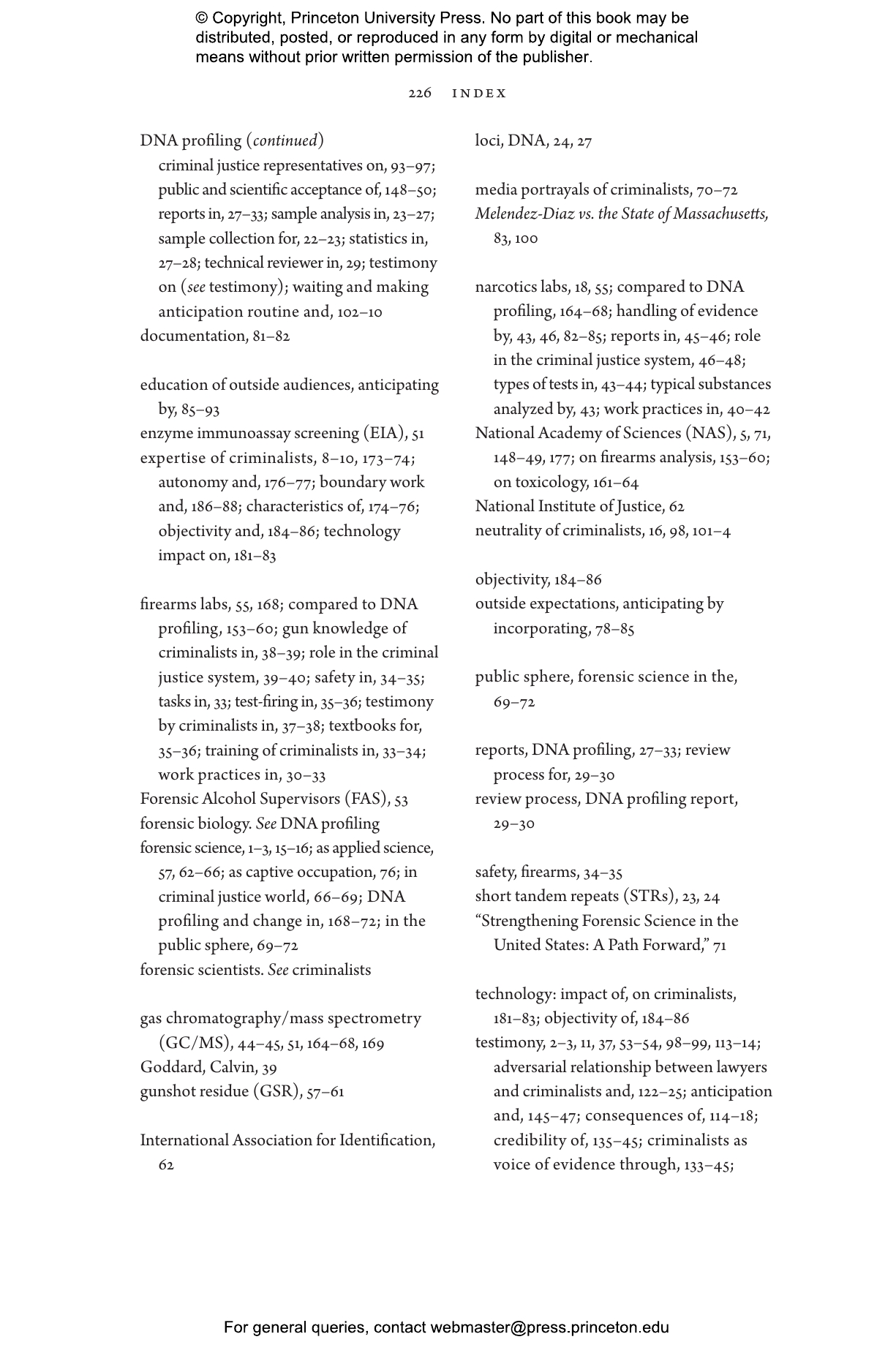 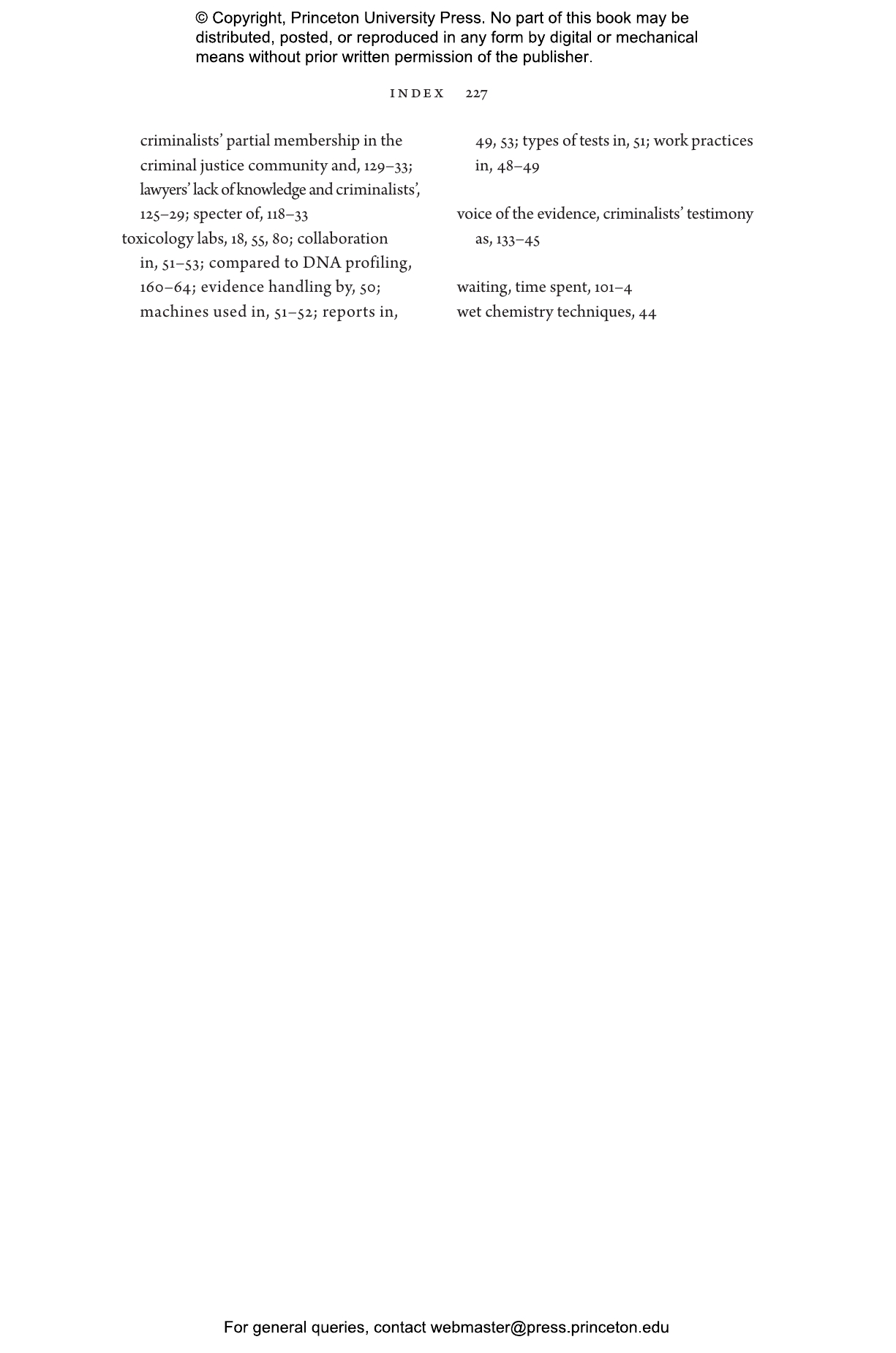 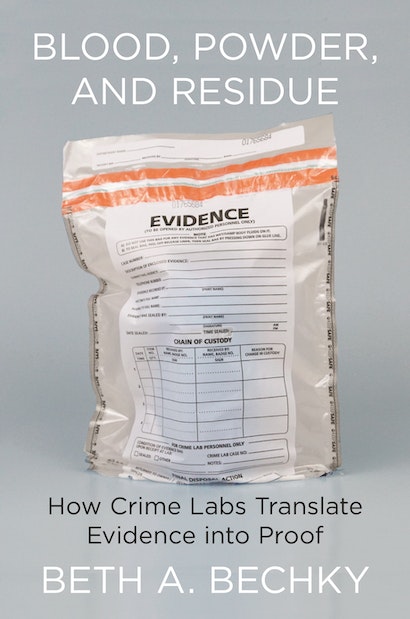 The findings of forensic science—from DNA profiles and chemical identifications of illegal drugs to comparisons of bullets, fingerprints, and shoeprints—are widely used in police investigations and courtroom proceedings. While we recognize the significance of this evidence for criminal justice, the actual work of forensic scientists is rarely examined and largely misunderstood. Blood, Powder, and Residue goes inside a metropolitan crime laboratory to shed light on the complex social forces that underlie the analysis of forensic evidence.

Drawing on eighteen months of rigorous fieldwork in a crime lab of a major metro area, Beth Bechky tells the stories of the forensic scientists who struggle to deliver unbiased science while under intense pressure from adversarial lawyers, escalating standards of evidence, and critical public scrutiny. Bechky brings to life the daily challenges these scientists face, from the painstaking screening and testing of evidence to making communal decisions about writing up the lab report, all while worrying about attorneys asking them uninformed questions in court. She shows how the work of forensic scientists is fraught with the tensions of serving justice—constantly having to anticipate the expectations of the world of law and the assumptions of the public—while also staying true to their scientific ideals.

Blood, Powder, and Residue offers a vivid and sometimes harrowing picture of the lives of highly trained experts tasked with translating their knowledge for others who depend on it to deliver justice.

Beth A. Bechky is the Seymour Milstein Professor of Ethics, Corporate Governance, and Strategy at New York University. An organizational ethnographer, she explores the ongoing interplay of occupations and new technologies at work. 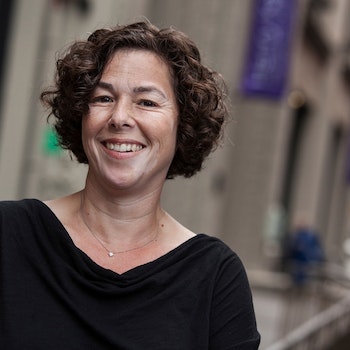 "Through her personal experience over 18 months observing forensic scientists in a metropolitan crime lab, sociologist Bechky introduces readers to the intricacies of a high-stakes job that can change the outcome of some of the most important court cases."—Discover Magazine

"The title is catchy, the cover provocative, but for readers seeking the standard sortie into the inner workings of a forensic lab, Beth A. Bechky’s book offers something quite different — a live, human angle. . . . Bechky’s portrait of the daily conflict faced by crime lab workers should prove enlightening to outsiders. . . . The writing is crisp and jargon-free, and the text includes many interesting anecdotes. . . . this account of a fascinating work world manages to be both scholarly and engaging."—Kathy Reichs, New York Times Book Review

"Introduces readers to the ways in which real-life crime-lab personnel solve crimes. Bechky is not a screenwriter. But, she’s a darned good ethnographer."—Aaron Howard, Jewish Herald-Voice

"Blood, Powder, and Residue just might be the best modern workplace ethnography that I've ever read. I recommend this gripping backstage tour of criminalists' work to any reader who wants to learn about the messy but essential business of translating science for people who are charged with making life and death decisions."—Robert I. Sutton, author of Good Boss, Bad Boss: How to Be the Best . . . and Learn from the Worst

"In this compelling, meticulously researched, and elegantly written work, Bechky describes the challenging yet sometimes mundane work of forensic scientists, showing us what happens when science is put in service to justice. Blood, Powder, and Residue is mandatory reading."—Susan Silbey, coeditor of In Litigation: Do the "Haves" Still Come Out Ahead?

"Bechky has written a masterful occupational ethnography that takes us behind the scenes at a forensic lab, where we witness firsthand how the tensions between science and criminal justice are negotiated. A must-read for students of work, science, and organizations."—Stephen R. Barley, University of California, Santa Barbara

"An excellent book. Focusing on the mixed loyalties of scientists who work in criminal justice, Bechky shows how contested interpretations of forensic evidence carry high risks, not only for defendants but also for the scientists."—Stefan Timmermans, author of Postmortem: How Medical Examiners Explain Suspicious Deaths

"This is a superb and timely book about a little-known but intriguing world that outsiders rarely see. Bechky succeeds wonderfully at demystifying forensic science."—John Van Maanen, author of Tales of the Field: On Writing Ethnography