An introduction to computational complexity theory, its connections and interactions with mathematics, and its central role in the natural and social sciences, technology, and philosophy 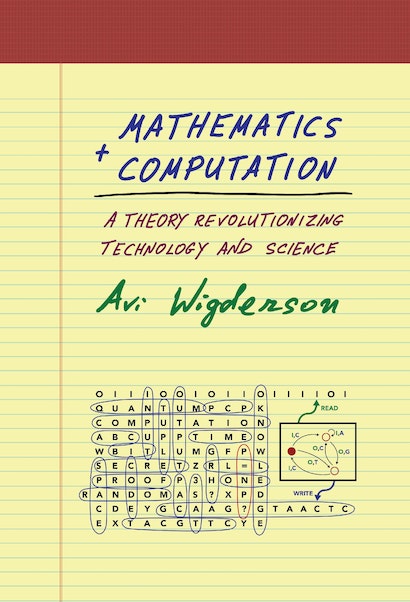 Avi Wigderson takes a sweeping survey of complexity theory, emphasizing the field’s insights and challenges. He explains the ideas and motivations leading to key models, notions, and results. In particular, he looks at algorithms and complexity, computations and proofs, randomness and interaction, quantum and arithmetic computation, and cryptography and learning, all as parts of a cohesive whole with numerous cross-influences. Wigderson illustrates the immense breadth of the field, its beauty and richness, and its diverse and growing interactions with other areas of mathematics. He ends with a comprehensive look at the theory of computation, its methodology and aspirations, and the unique and fundamental ways in which it has shaped and will further shape science, technology, and society. For further reading, an extensive bibliography is provided for all topics covered.

Mathematics and Computation is useful for undergraduate and graduate students in mathematics, computer science, and related fields, as well as researchers and teachers in these fields. Many parts require little background, and serve as an invitation to newcomers seeking an introduction to the theory of computation.

Avi Wigderson is the Herbert H. Maass Professor in the School of Mathematics at the Institute for Advanced Study in Princeton, New Jersey. 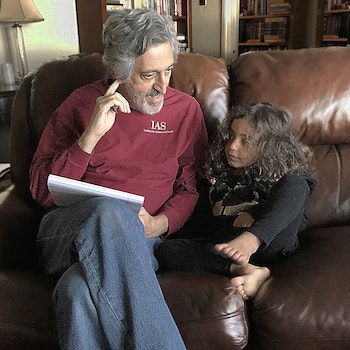 "Avi Wigderson's new 440-page book, Mathematics and Computation: A Theory Revolutionizing Technology and Science (Princeton University Press, October 2019), lays out a commanding overview of the theory of computing and argues for its central role in human thought."—Allyn Jackson, Communications of the ACM

"This must-read book provides a high-level, enjoyable overview of numerous parts of mathematics that are related to computation in general, and computational complexity in particular."—Choice

"A delightful, lucid, and personal guide that perfectly captures the spirit of the field, and does full justice to both its depth and breadth."—Leslie Valiant, Harvard University

"A compelling in-depth account of modern complexity theory and related mathematics by one of its principal architects. A must multiread for mathematicians and scientists, students and experts alike." —Peter Sarnak, Princeton University and Institute for Advanced Study

“This book is a real gem. Avi Wigderson has woven together very big and deep ideas from the field, such as pseudorandomness and hardness of computation, in a way that is accessible to a general scientific audience.”—Toniann Pitassi, University of Toronto

"A beautiful, broad view of theoretical computer science, by a giant in the field. A must-read."—Ryan O'Donnell, Carnegie Mellon University

“This wonderful exposition of modern complexity theory distills complex arguments down to their main insights, and deftly explains the interconnections between entire subfields. This book will have a major impact on the way we teach complexity theory, and the way that graduate students in the field learn it.”—Ankur Moitra, Massachusetts Institute of Technology

“Mathematics and Computation presents a panoramic view of the theory of computation, starting from its origins in the 1930s to modern directions and developments, with an emphasis on the latter. With impressive breadth and depth, this book covers an amazing amount of ground.”—Mark Braverman, Princeton University

"This is a remarkable book. It surveys the entire current scope of theoretical computer science, in a way only Avi Wigderson, our field’s consummate generalist, could do. It also sets out Wigderson’s vision for the future and his sociological thoughts about theoretical computer science and its interactions with neighboring fields. I recommend it to anyone looking for a panoramic view of the subject."—Scott Aaronson, University of Texas, Austin