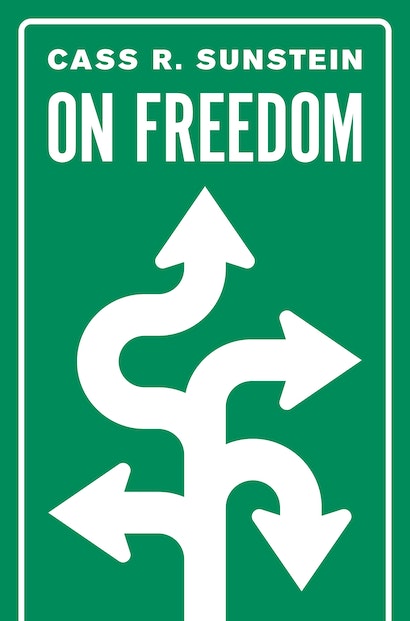 In this pathbreaking book, New York Times bestselling author Cass Sunstein asks us to rethink freedom. He shows that freedom of choice isn’t nearly enough. To be free, we must also be able to navigate life. People often need something like a GPS device to help them get where they want to go—whether the issue involves health, money, jobs, children, or relationships.

In both rich and poor countries, citizens often have no idea how to get to their desired destination. That is why they are unfree. People also face serious problems of self-control, as many of them make decisions today that can make their lives worse tomorrow. And in some cases, we would be just as happy with other choices, whether a different partner, career, or place to live—which raises the difficult question of which outcome best promotes our well-being.

Accessible and lively, and drawing on perspectives from the humanities, religion, and the arts, as well as social science and the law, On Freedom explores a crucial dimension of the human condition that philosophers and economists have long missed—and shows what it would take to make freedom real.

Cass R. Sunstein is the Robert Walmsley University Professor at Harvard Law School, where he is the founder and director of the Program on Behavioral Economics and Public Policy. From 2009 to 2012, he led the White House Office of Information and Regulatory Affairs. His many books include the New York Times bestsellers Nudge: Improving Decisions about Health, Wealth, and Happiness (with Richard H. Thaler) and The World According to Star Wars. The 2018 recipient of Norway’s Holberg Prize, he lives in Concord, Massachusetts. Twitter @CassSunstein

"This slip of a book can be quickly read, but puts forth important concepts. Its ideas will stay with readers a long time."—Publishers Weekly

"This book is a very clear and by construction concise case for nudges as freedom."—Diane Coyle, Enlightened Economist

"Sunstein’s examples and his breakdown of what can be done are illuminating."—Siddharth Singh, Open Magazine

"The argument is clearly articulated and raises important ethical and economic issues."—Paradigm Explorer

"Real freedom is the freedom to reach your goal, not to get lost at every turn. In this powerful book, Cass Sunstein shows when policy can help us navigate to where we want to go, where policy might overstep by choosing the end point for us, and how to tell the two apart. A delightful masterpiece."—Esther Duflo, Massachusetts Institute of Technology

“On Freedom is an elegant, clear, deceptively simple book about a fiendishly complex problem. How can free societies help citizens to navigate among a perplexing multitude of forking paths, only some of which lead toward desirable ends? How is a nudge in the right direction distinct from coercion? What is the best way to enable people to choose paths that enhance life, liberty, and the pursuit of happiness? Drawing on a wealth of probing examples from social policy, literature, and his own experience, Sunstein brilliantly illuminates the challenges that face governments and individuals and sketches plausible ways forward.”—Stephen Greenblatt, author of The Swerve: How the World Became Modern

“In this eloquent and timely book, Cass Sunstein asks urgent questions relevant to the crisis of democracy in which we find ourselves. As the author has demonstrated in the past, he is a thoughtful navigator of territory we may have prematurely believed we understood."—Joyce Carol Oates

“An important and engaging book on freedom and choice by a top scholar. Sunstein gives us a comprehensive and cutting-edge treatment of his enormously influential work on nudging and well-being.”—L. A. Paul, author of Transformative Experience

“By redefining freedom, this becomes a book about the meaning of life.”—Robert J. Shiller, Nobel Prize–winning economist