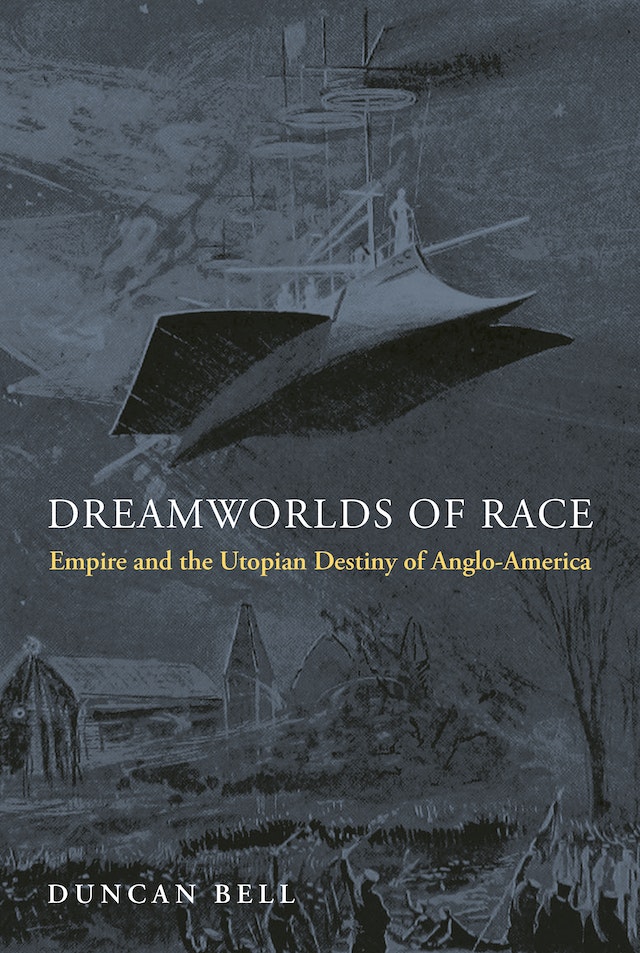 Between the late nineteenth century and the First World War an ocean-spanning network of prominent individuals advocated the unification of Britain and the United States. They dreamt of the final consolidation of the Angloworld. Scholars, journalists, politicians, businessmen, and science fiction writers invested the “Anglo-Saxons” with extraordinary power. The most ambitious hailed them as a people destined to bring peace and justice to the earth. More modest visions still imagined them as likely to shape the twentieth century. Dreamworlds of Race explores this remarkable moment in the intellectual history of racial domination, political utopianism, and world order.

Focusing on a quartet of extraordinary figures—Andrew Carnegie, W. T. Stead, Cecil J. Rhodes, and H. G. Wells—Duncan Bell shows how unionists on both sides of the Atlantic reimagined citizenship, empire, patriotism, race, war, and peace in their quest to secure global supremacy. Yet even as they dreamt of an Anglo-dominated world, the unionists disagreed over the meaning of race, the legitimacy of imperialism, the nature of political belonging, and the ultimate form and purpose of unification. The racial dreamworld was an object of competing claims and fantasies. Exploring speculative fiction as well as more conventional forms of political writing, Bell reads unionist arguments as expressions of the utopianism circulating through fin-de-siècle Anglo-American culture, and juxtaposes them with pan-Africanist critiques of racial domination and late twentieth-century fictional narratives of Anglo-American empire.

Tracing how intellectual elites promoted an ambitious project of political and racial unification between Britain and the United States, Dreamworlds of Race analyzes ideas of empire and world order that reverberate to this day.

Duncan Bell is Professor of Political Thought and International Relations at the University of Cambridge, and a Fellow of Christ’s College. He is the author of Reordering the World and The Idea of Greater Britain (both Princeton).

"At another moment of reckoning with a racialized present, Duncan Bell’s reminder of the white-skinned utopias of Anglo-American ancestors could hardly come with better timing. Masterful in every way, Dreamworlds of Race excels in portraying famous and forgotten men and their futuristic visions, when it seemed like democracy and peace were the essence of progress—but for some and not for others. This book is an extraordinary accomplishment."—Samuel Moyn, Yale University

"This book offers a lucid, multifaceted, and fascinating investigation of the centrality of race in the imagining of international relations. Exploring the late nineteenth-century utopias of an Anglo-dominated world, Dreamworlds of Race provides a sober and jarring counterpoint to our present predicaments."—Robbie Shilliam, Johns Hopkins University

"With impeccable scholarship, Dreamworlds of Race is destined to be a primary point of reference for those working in the history of international thought."—Stuart Jones, University of Manchester

"Thoroughly researched, Dreamworlds of Race illuminates material that has otherwise been ignored but clearly deserves closer attention. This superb book leaves readers with a much clearer picture of the breadth and complexity of transatlantic fin-de-siècle thought."—Jeanne Morefield, University of Birmingham