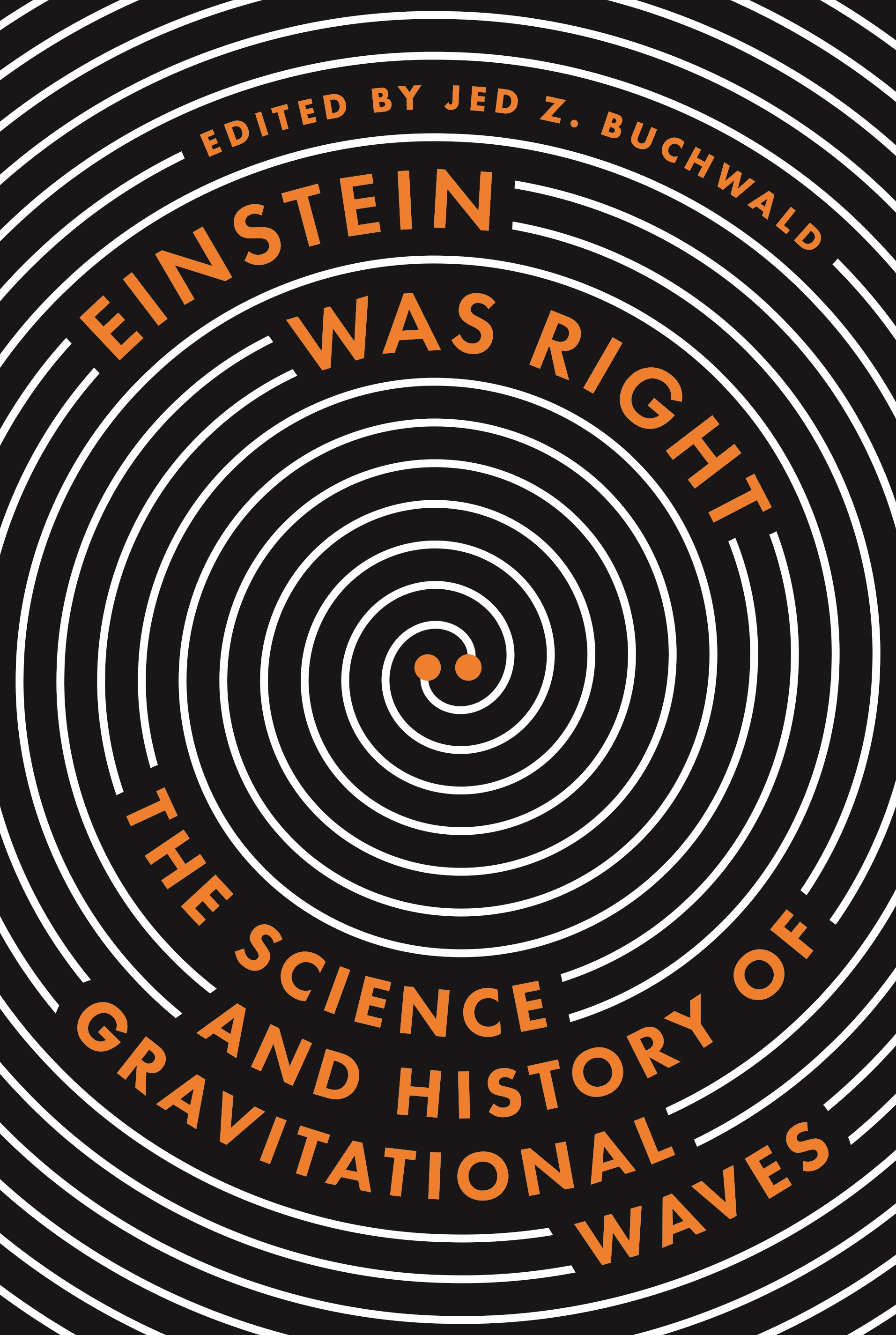 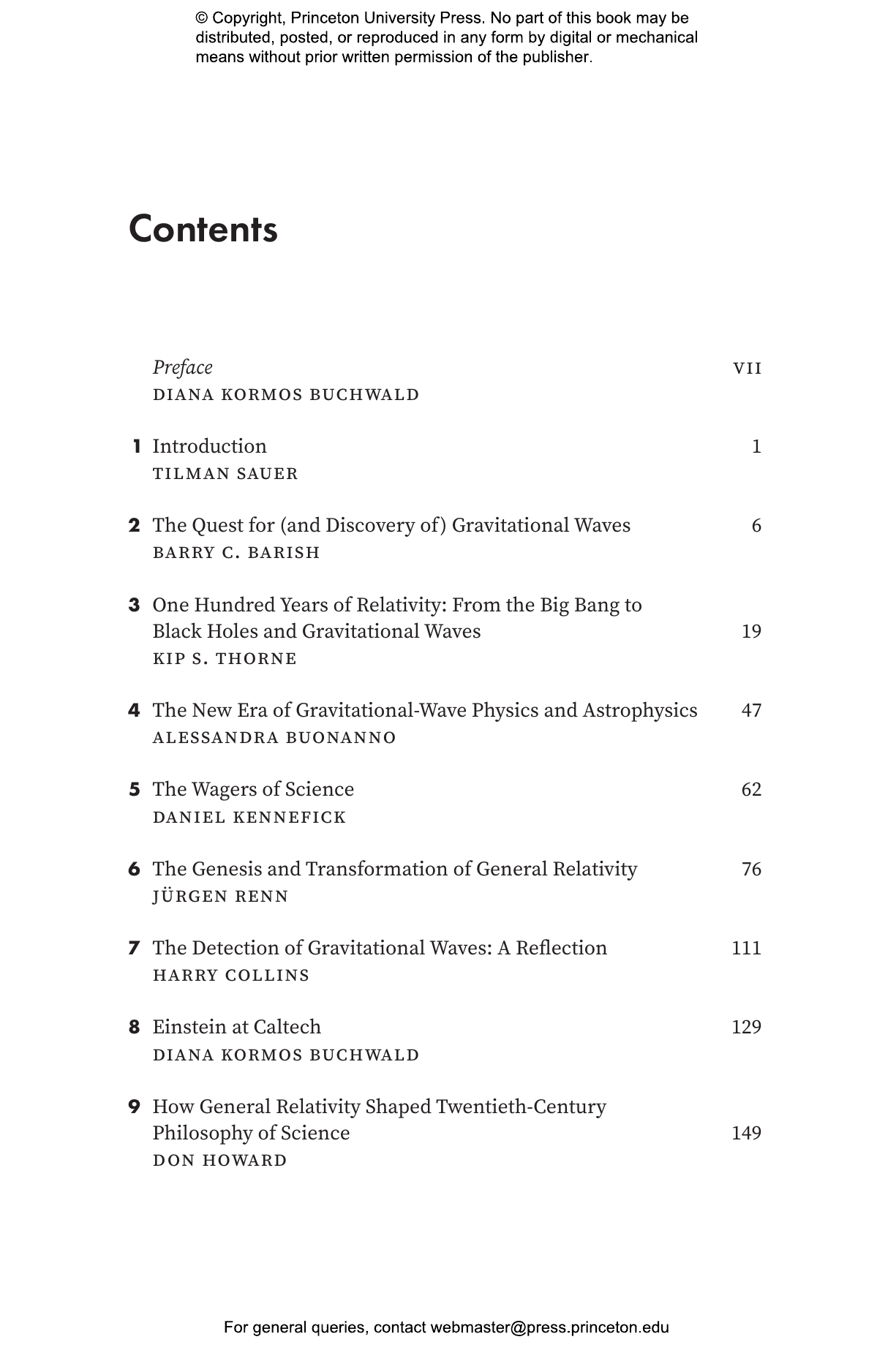 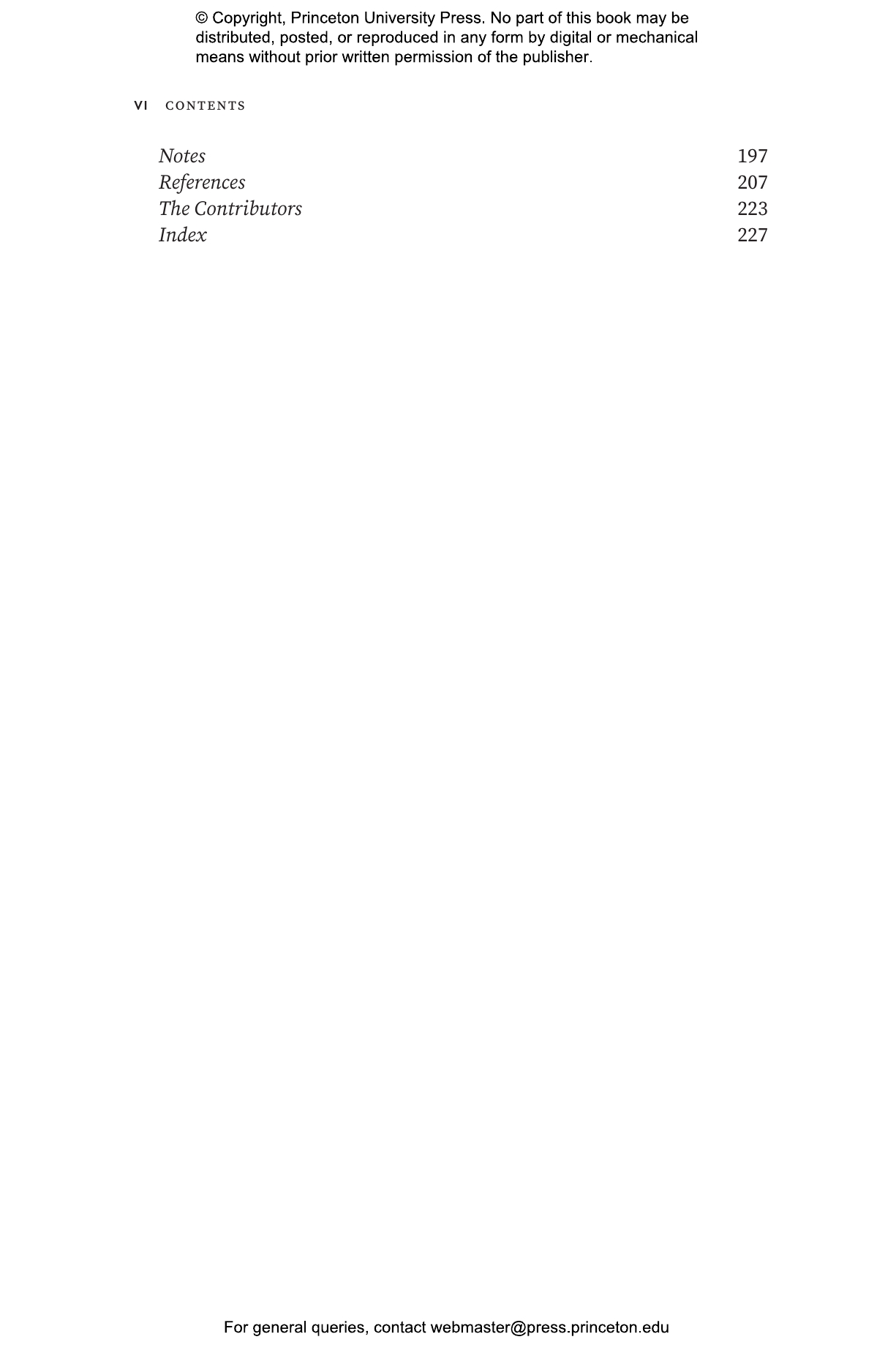 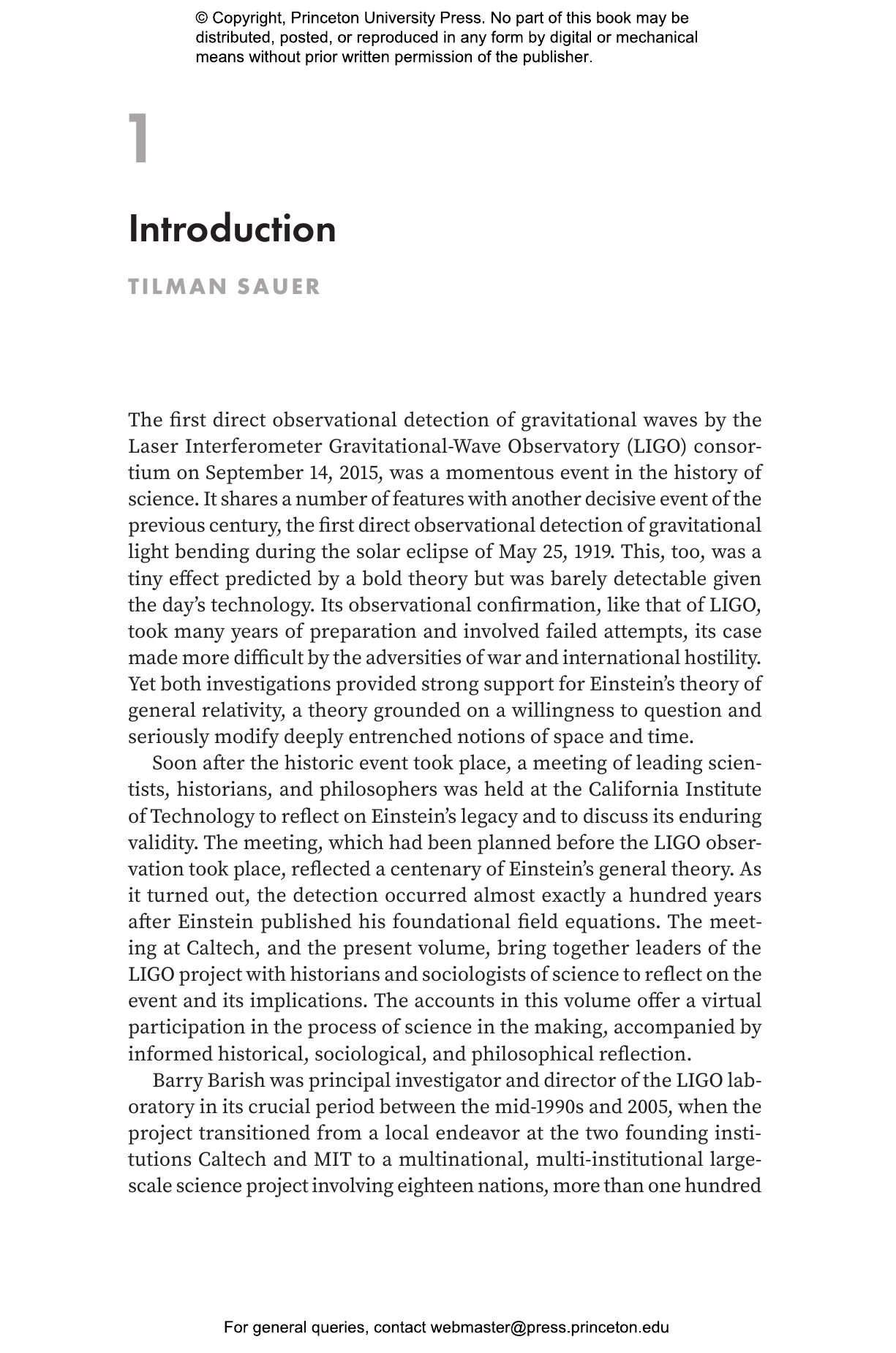 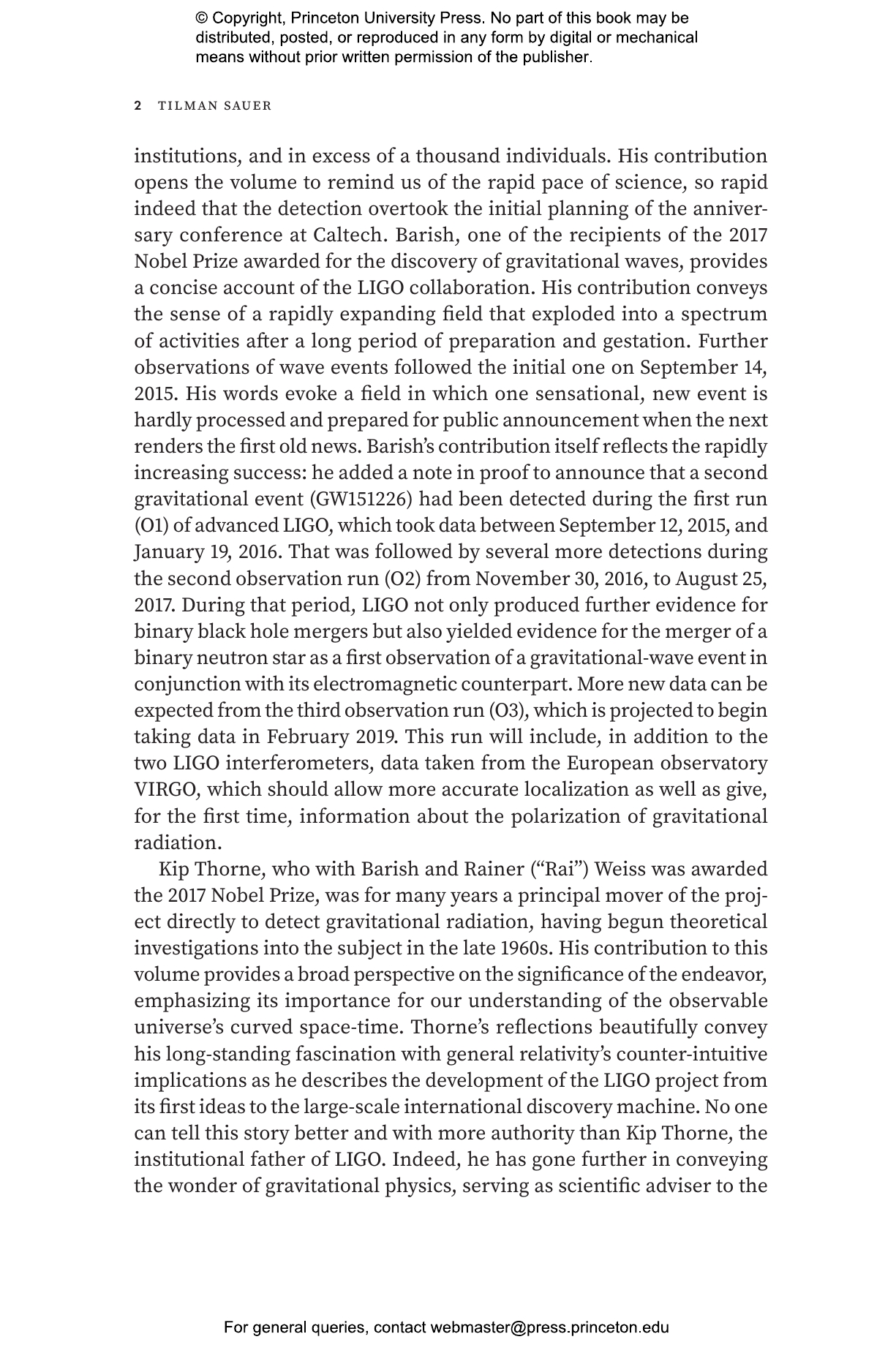 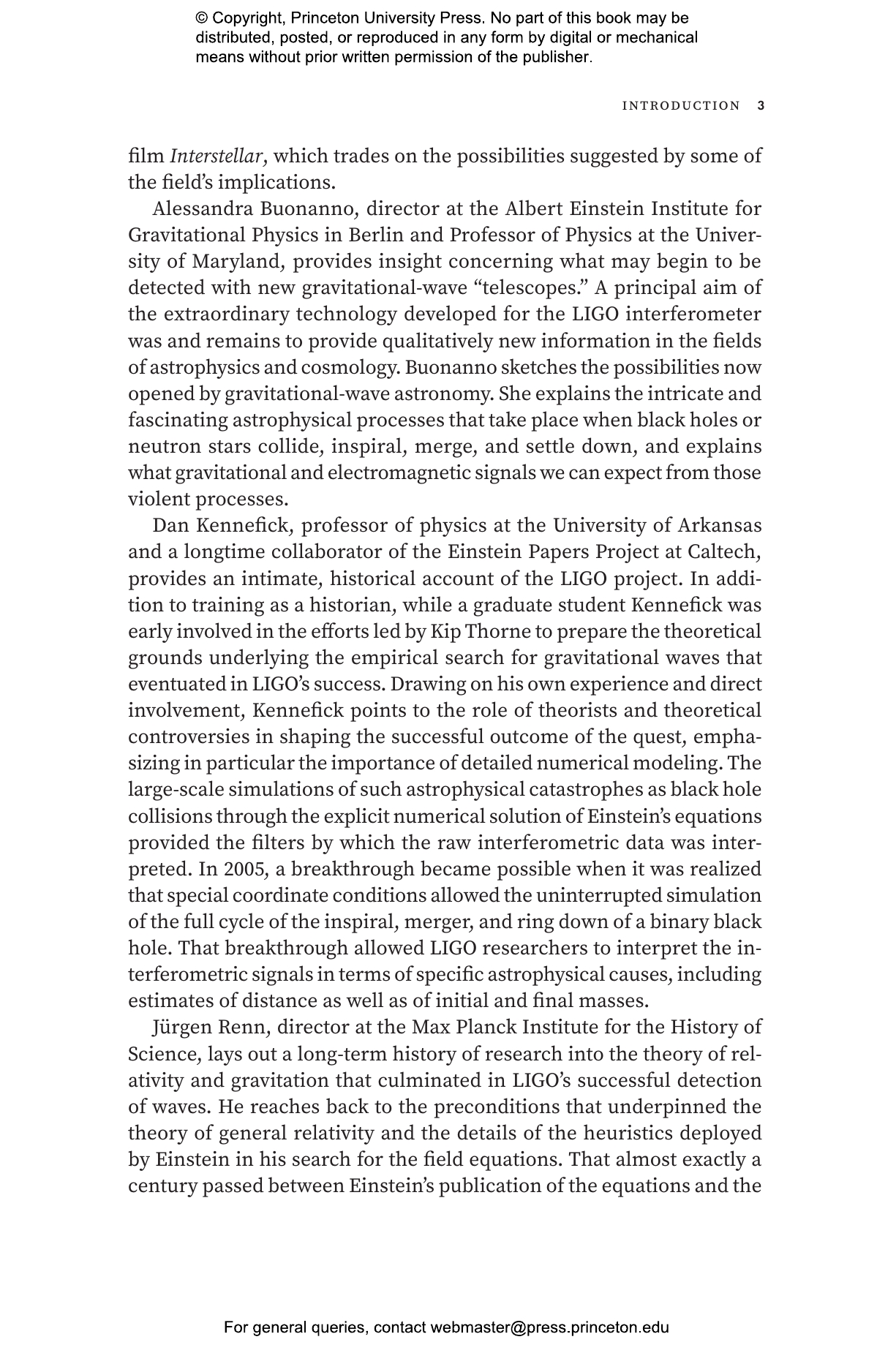 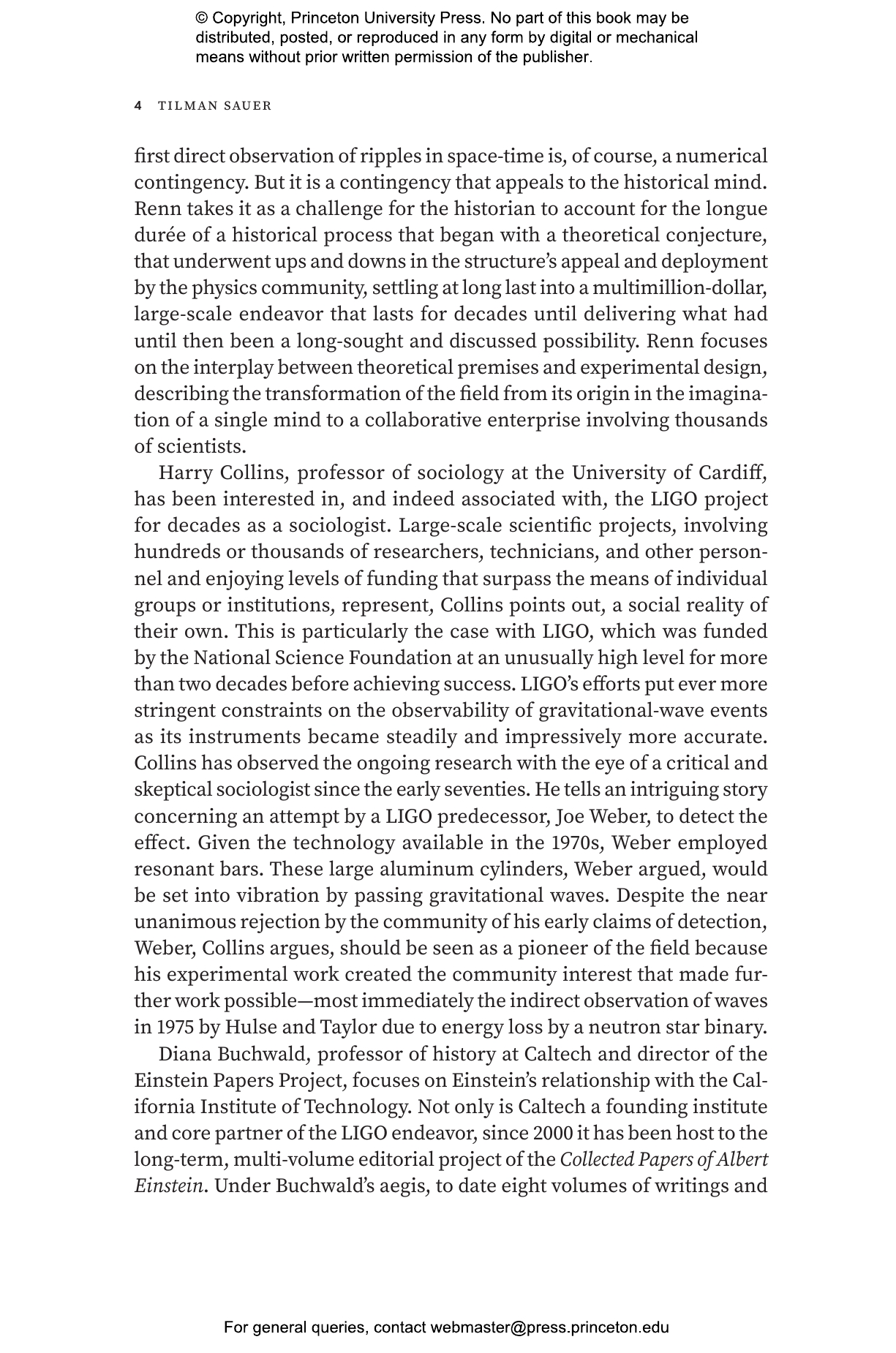 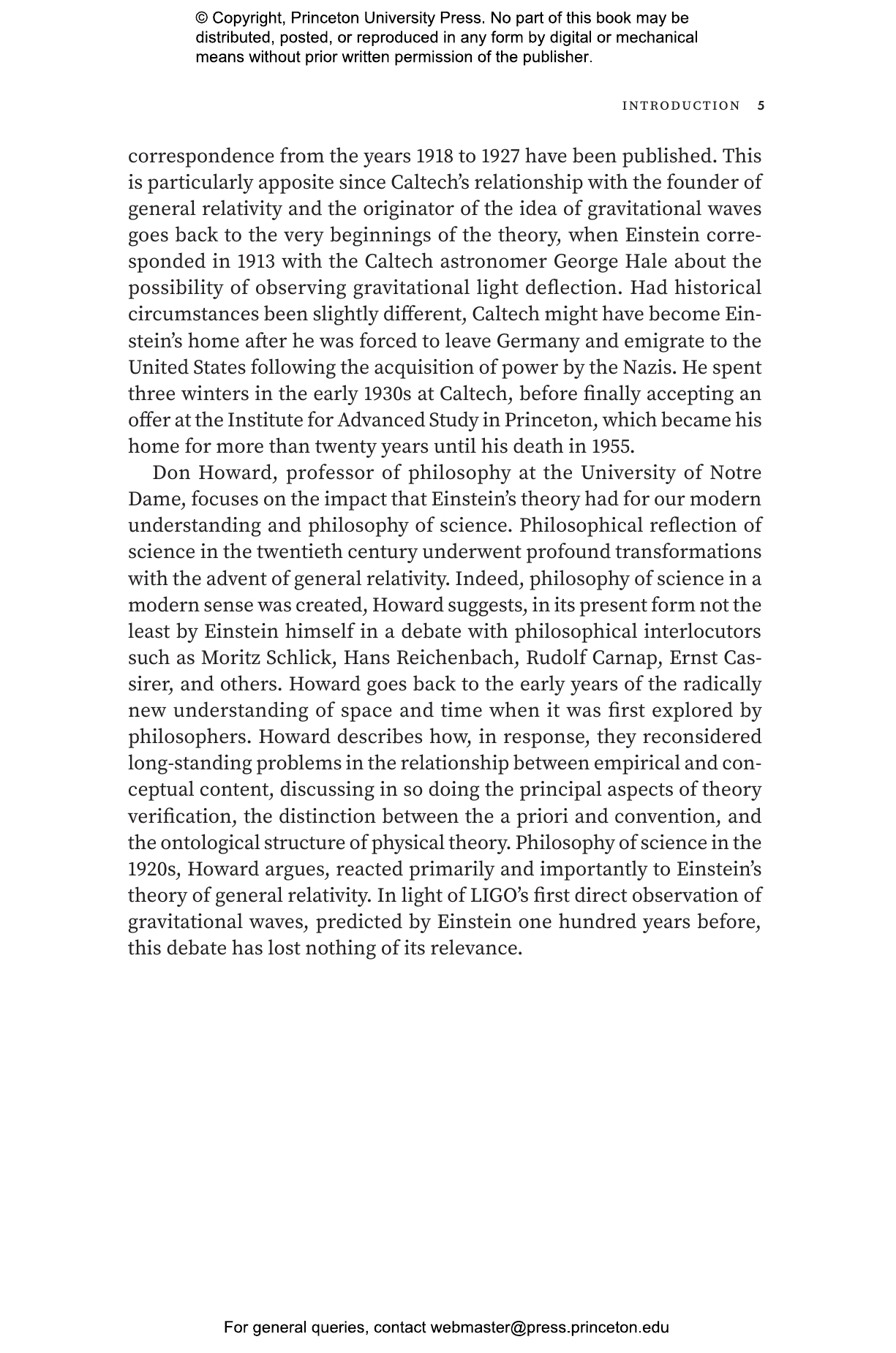 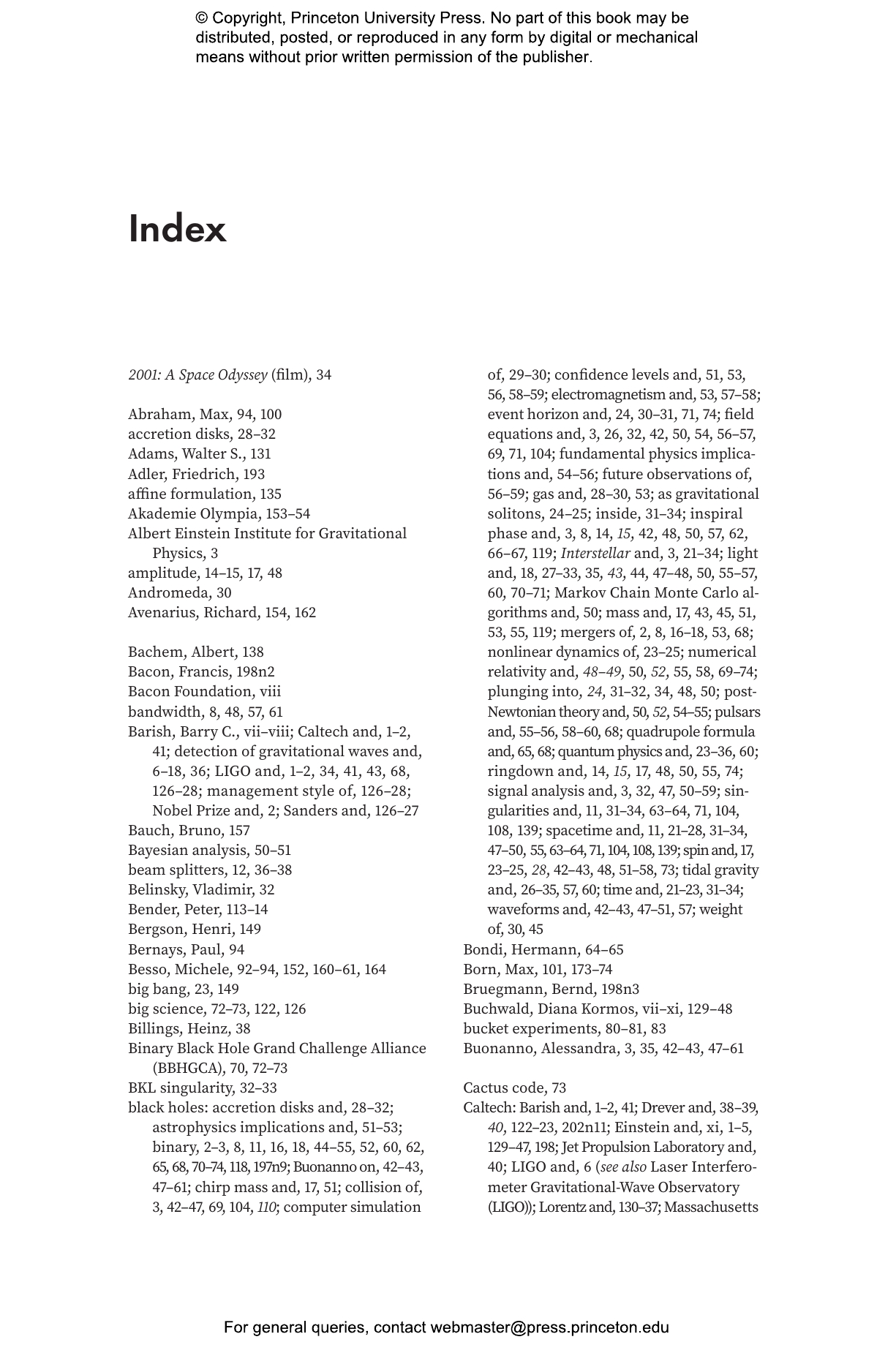 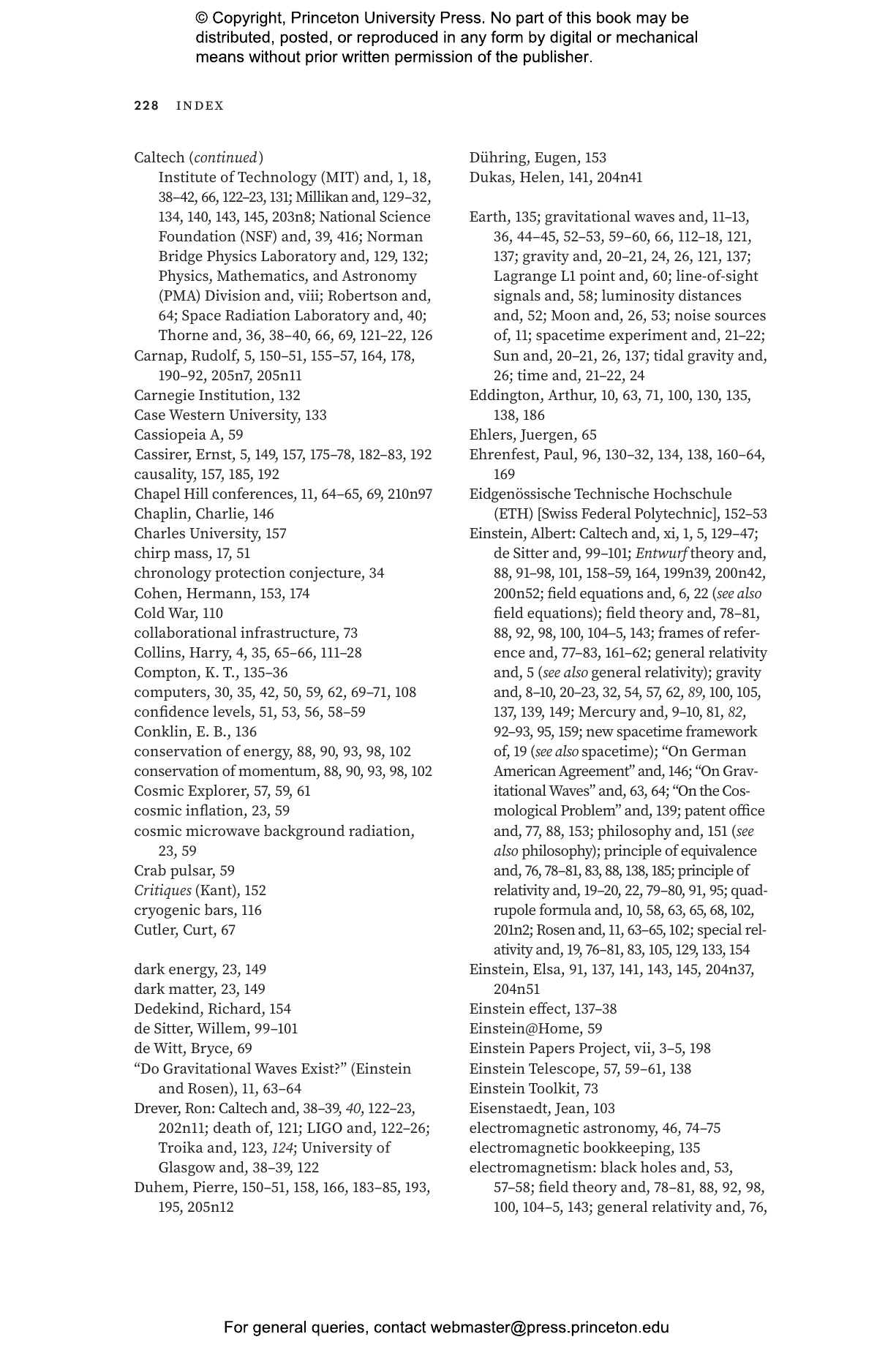 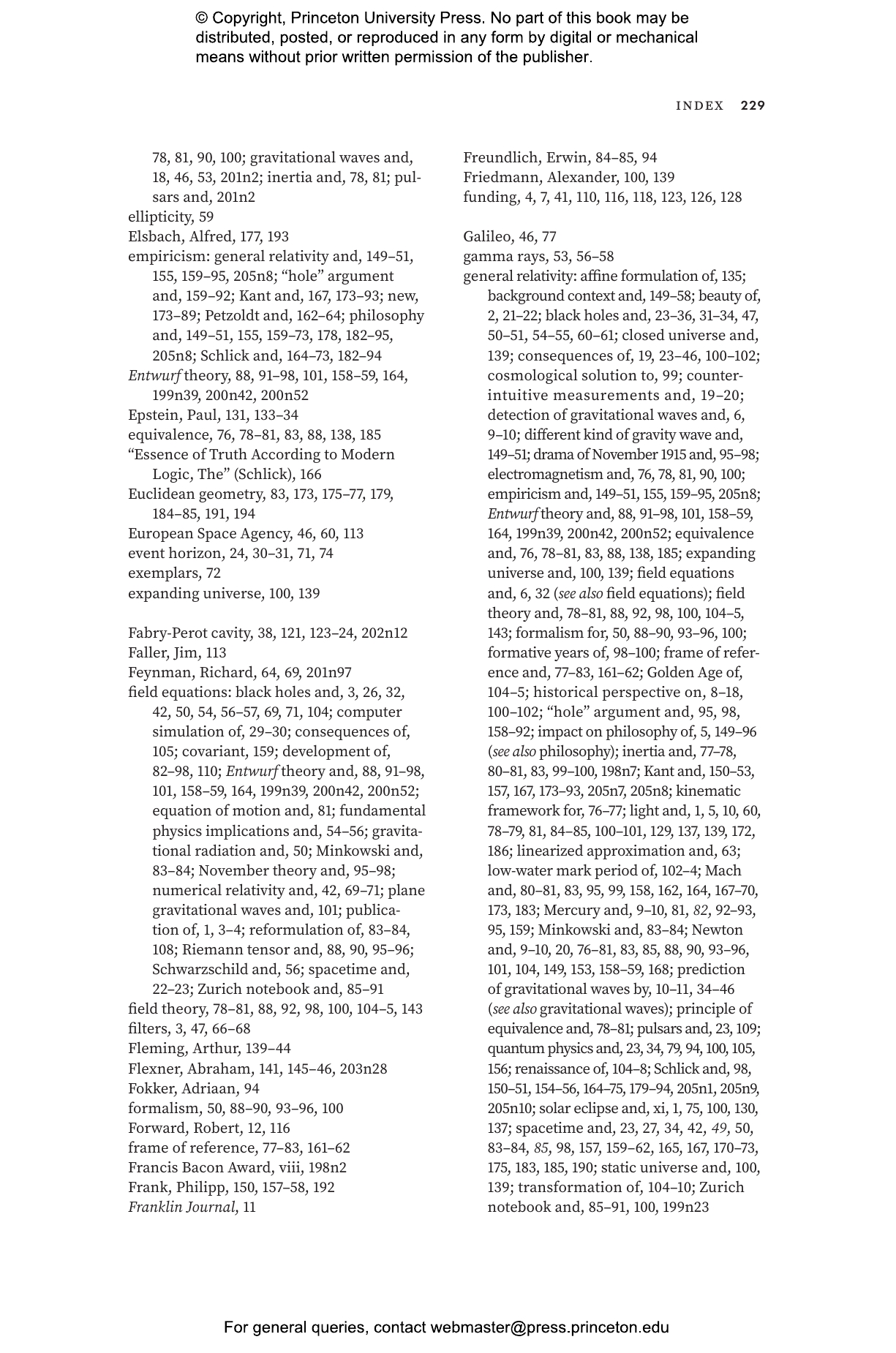 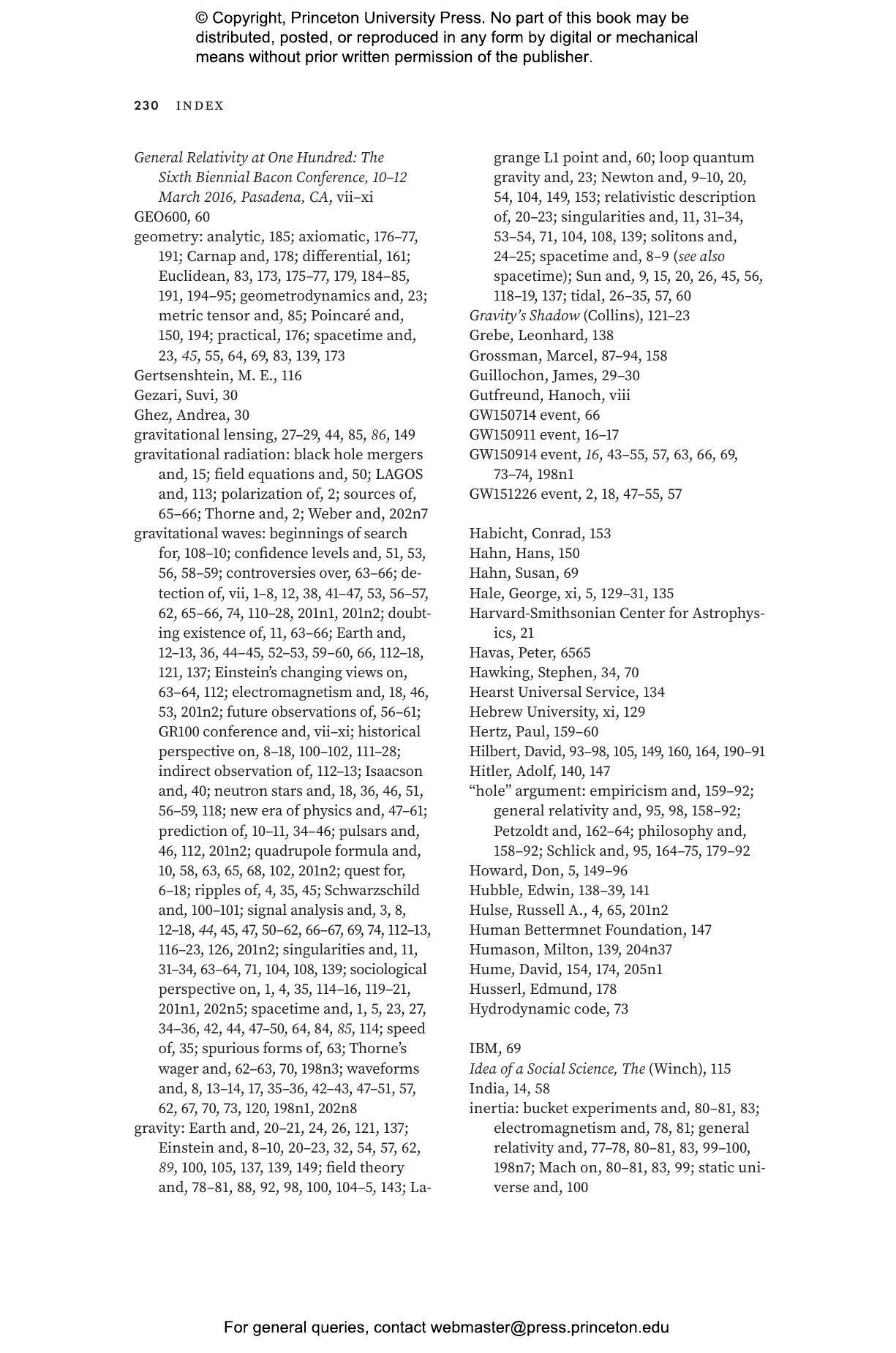 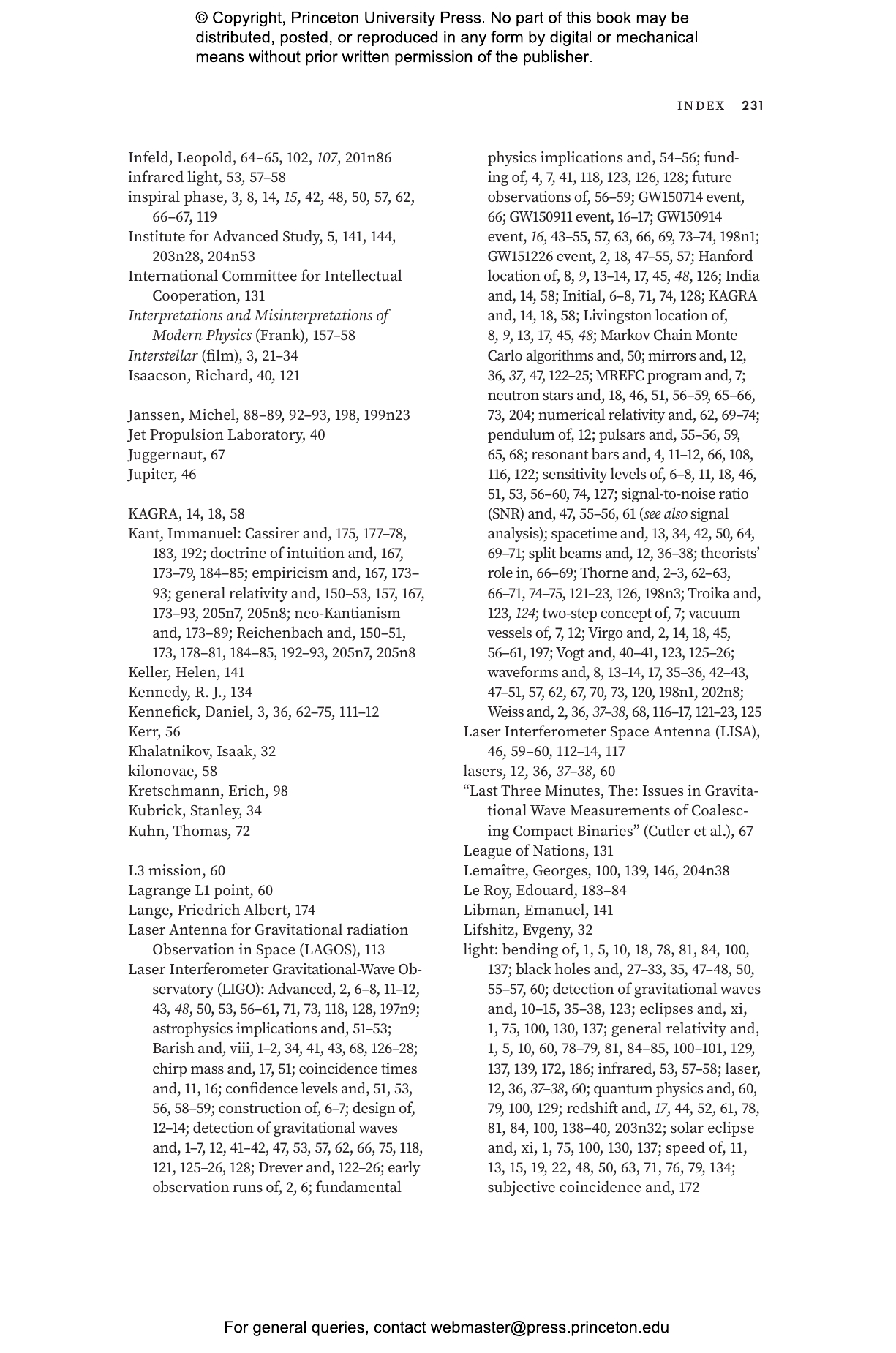 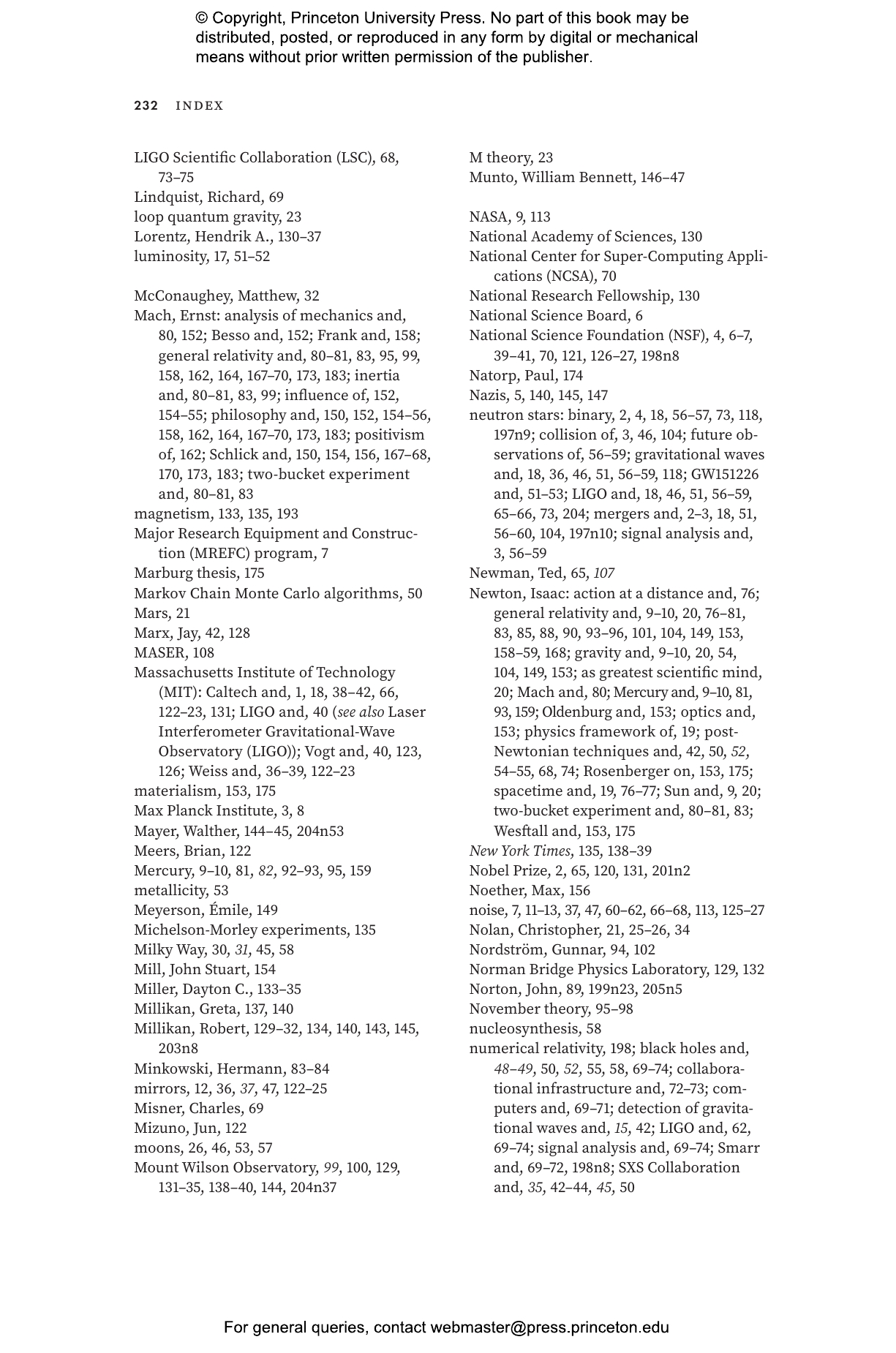 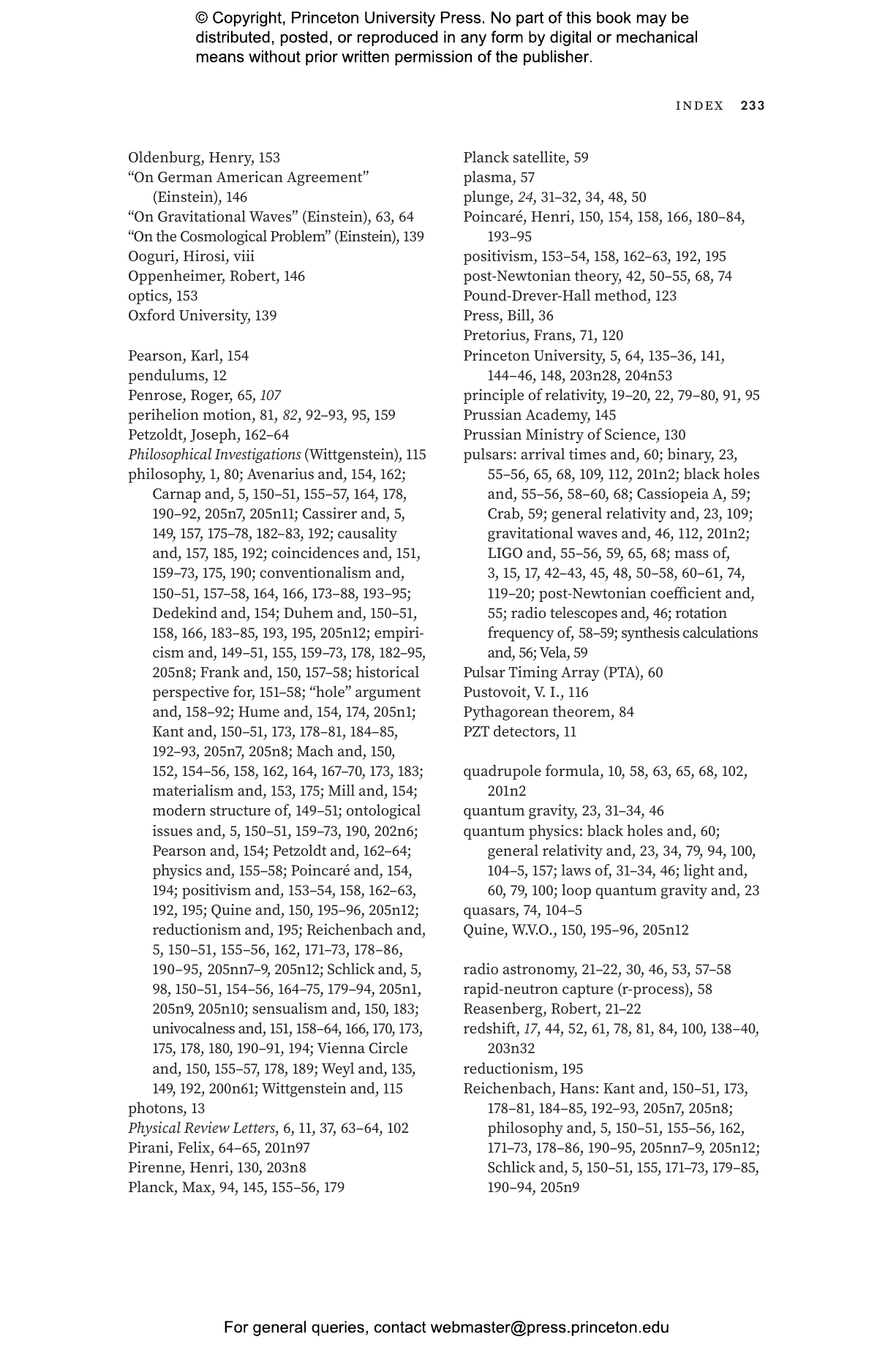 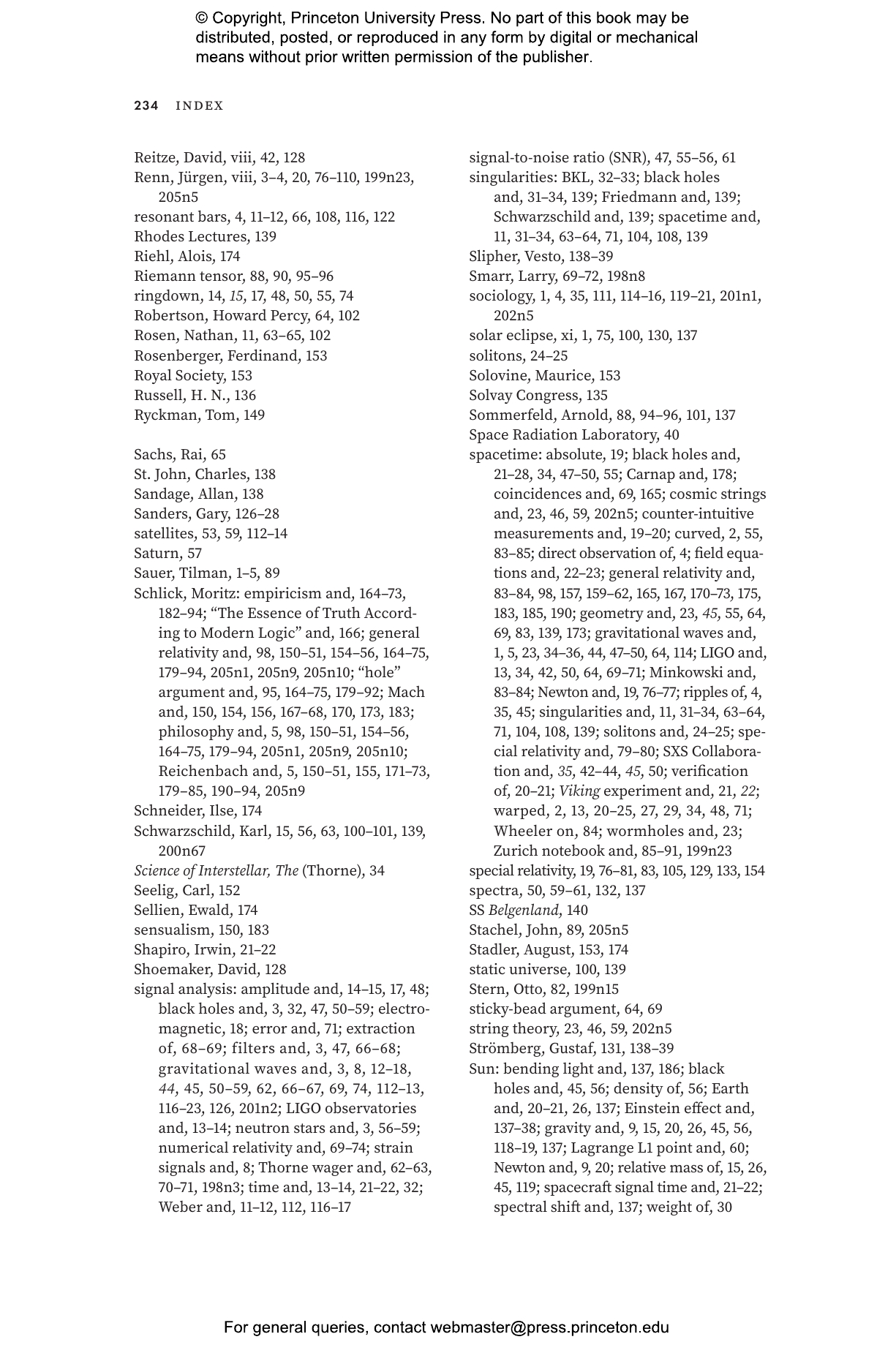 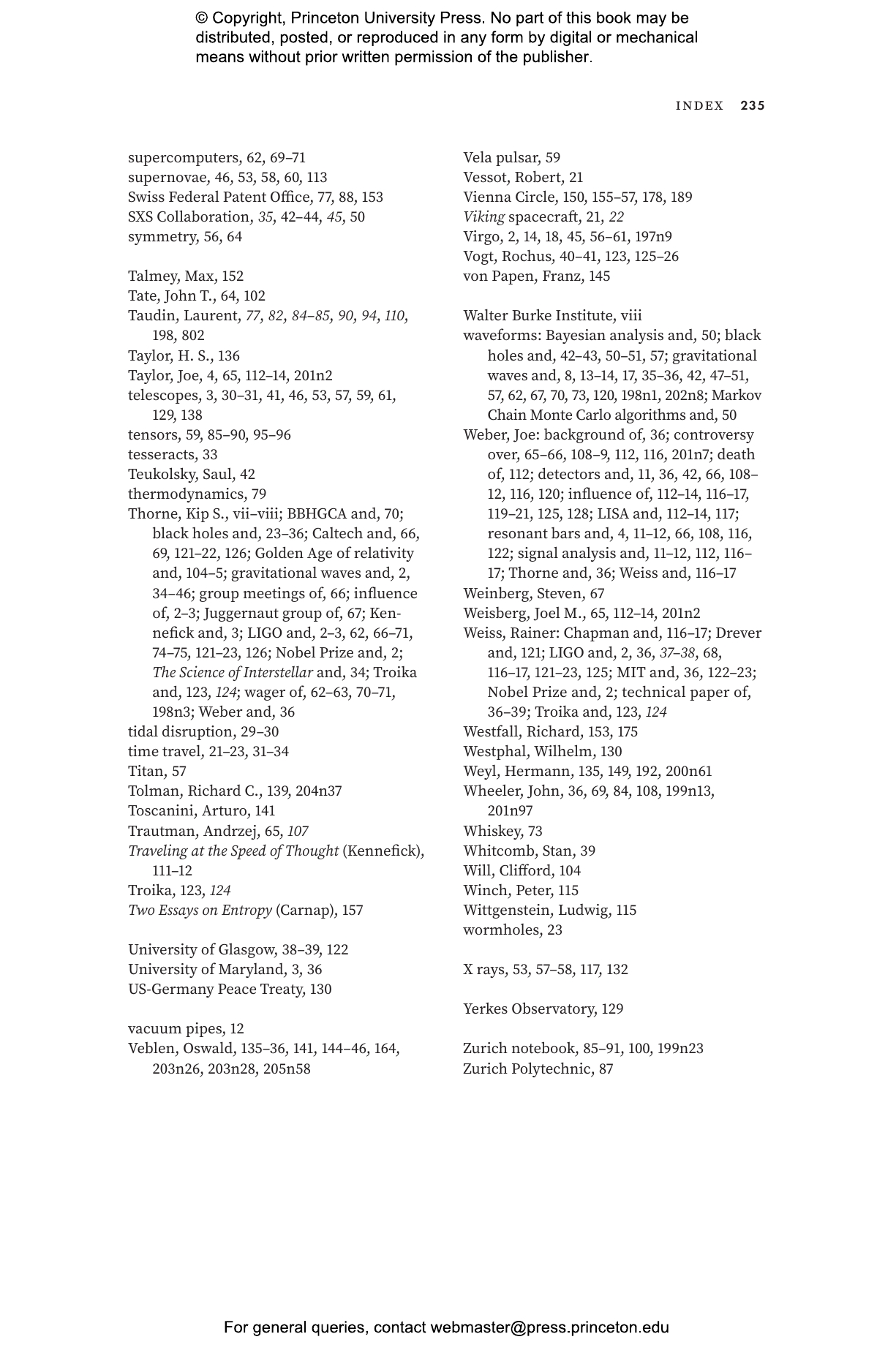 An authoritative interdisciplinary account of the historic discovery of gravitational waves 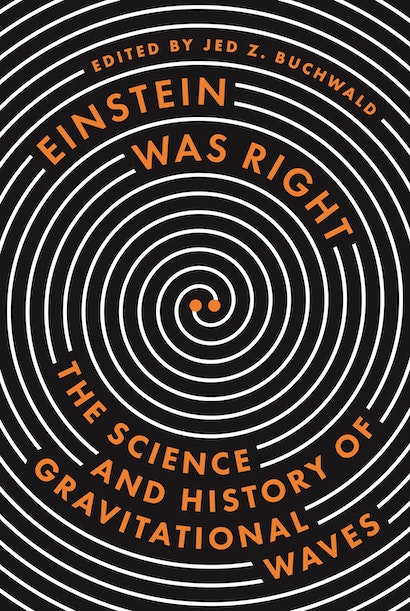 In 1915, Albert Einstein predicted the existence of gravitational waves—ripples in the fabric of spacetime caused by the movement of large masses—as part of the theory of general relativity. A century later, researchers with the Laser Interferometer Gravitational-Wave Observatory (LIGO) confirmed Einstein’s prediction, detecting gravitational waves generated by the collision of two black holes. Shedding new light on the hundred-year history of this momentous achievement, Einstein Was Right brings together essays by two of the physicists who won the Nobel Prize for their instrumental roles in the discovery, along with contributions by leading scholars who offer unparalleled insights into one of the most significant scientific breakthroughs of our time.

This illuminating book features an introduction by Tilman Sauer and invaluable firsthand perspectives on the history and significance of the LIGO consortium by physicists Barry Barish and Kip Thorne. Theoretical physicist Alessandra Buonanno discusses the new possibilities opened by gravitational wave astronomy, and sociologist of science Harry Collins and historians of science Diana Kormos Buchwald, Daniel Kennefick, and Jürgen Renn provide further insights into the history of relativity and LIGO. The book closes with a reflection by philosopher Don Howard on the significance of Einstein’s theory for the philosophy of science.

Edited by Jed Buchwald, Einstein Was Right is a compelling and thought-provoking account of one of the most thrilling scientific discoveries of the modern age.

Jed Z. Buchwald is the Doris and Henry Dreyfuss Professor of History at the California Institute of Technology. His books include The Riddle of the Rosetta: How an English Polymath and a French Polyglot Discovered the Meaning of Egyptian Hieroglyphs and The Zodiac of Paris: How an Improbable Controversy over an Ancient Egyptian Artifact Provoked a Modern Debate between Religion and Science (both Princeton).

"Einstein Was Right is a compelling and thought-provoking account of one of the most thrilling scientific discoveries of the modern age travel."—Society for the History of Astronomy Bulletin

"The book is in general well written and the articles are all interesting and informative. In spite of my decades-long acquaintance with the subject, I found much material that I was not familiar with and which was enlightening."—Ajit Kembhavi, Current Science

"This engaging book tells the human story behind the discovery of gravitational waves, describing Einstein's struggle with the theory, the subsequent skepticism about the reality of gravitational waves, and the experimental effort to detect them. Einstein Was Right sheds light on how science progresses and changes our view of the world."—Rainer Weiss, winner of the Nobel Prize in Physics, Massachusetts Institute of Technology

"This book brings together essays by some of the main physicists who confirmed Albert Einstein's prediction of gravitational waves as well as contributions by several leading experts on Einstein, general relativity, and the philosophy and sociology of science. Einstein Was Right is bound to become the ﬁrst port of call for scholars interested in this epoch-making event."—Michel Janssen, coeditor of The Cambridge Companion to Einstein