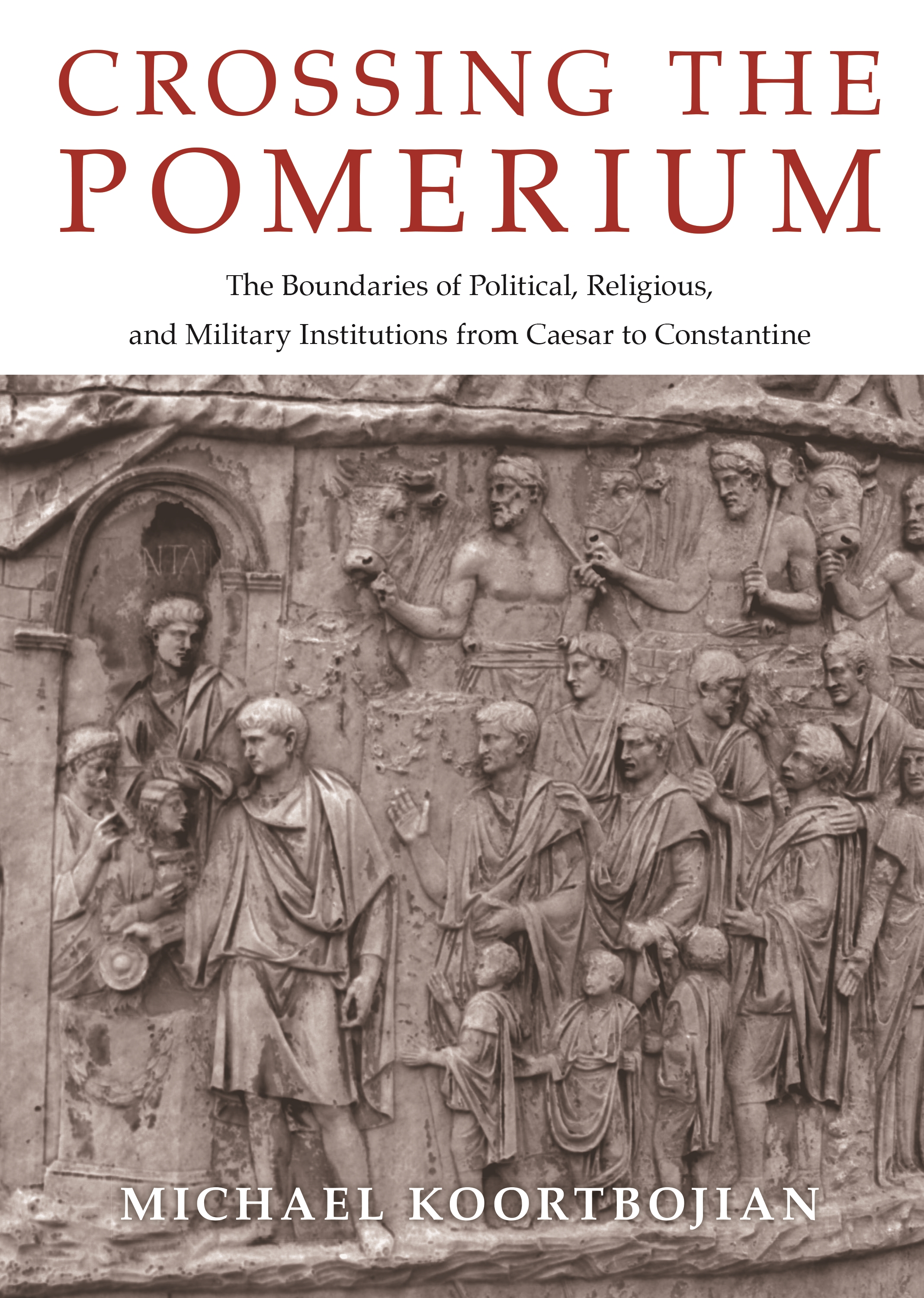 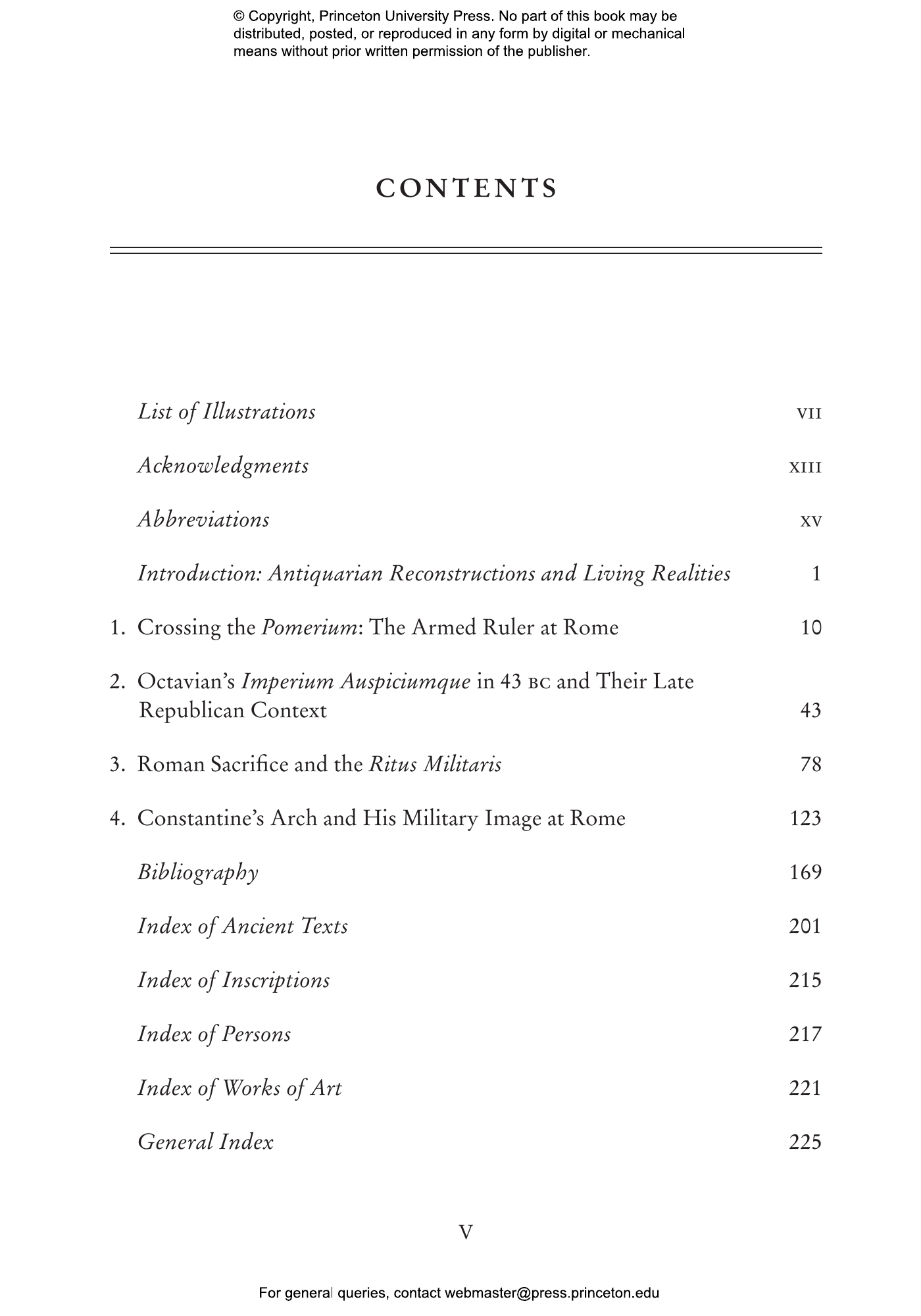 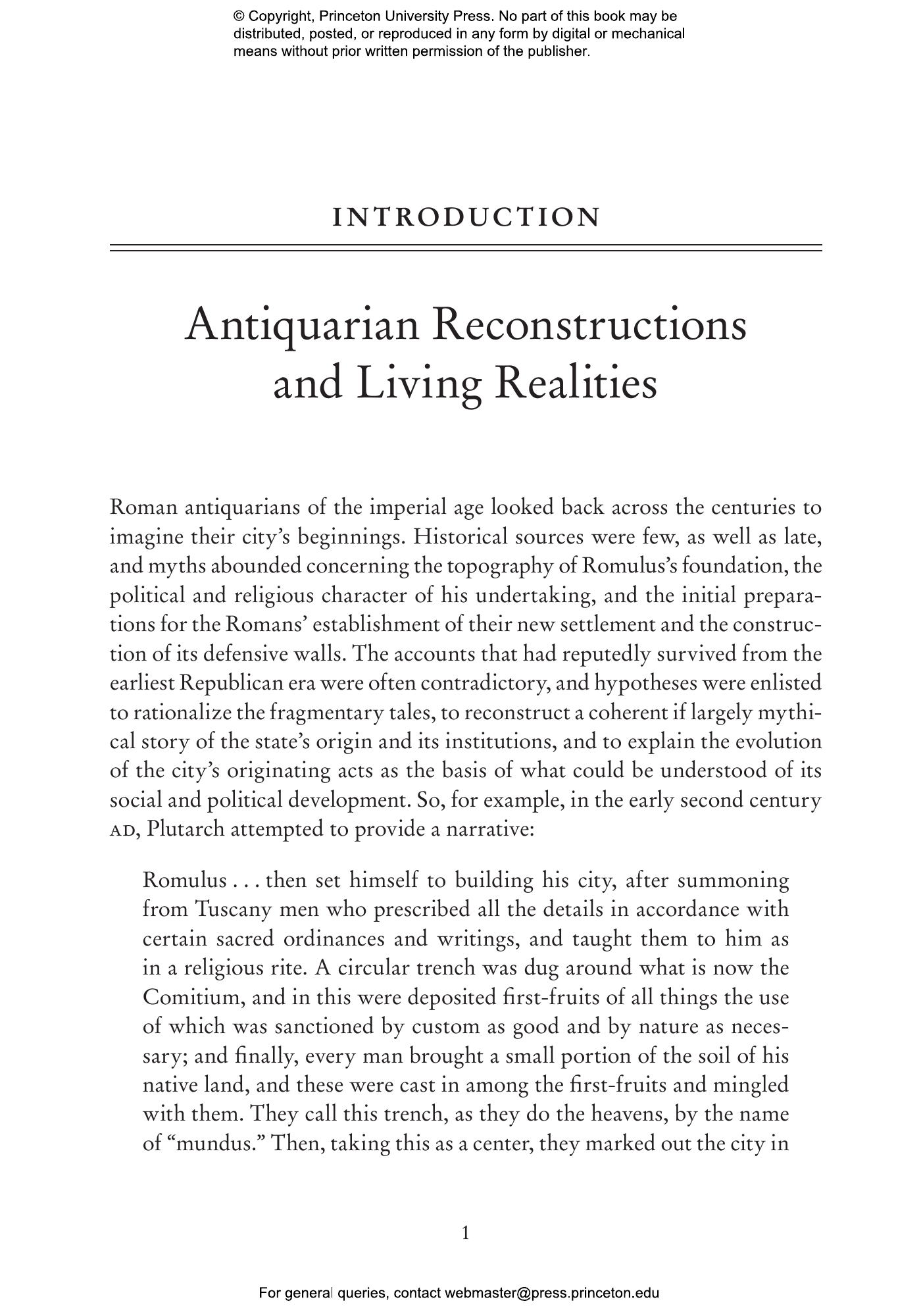 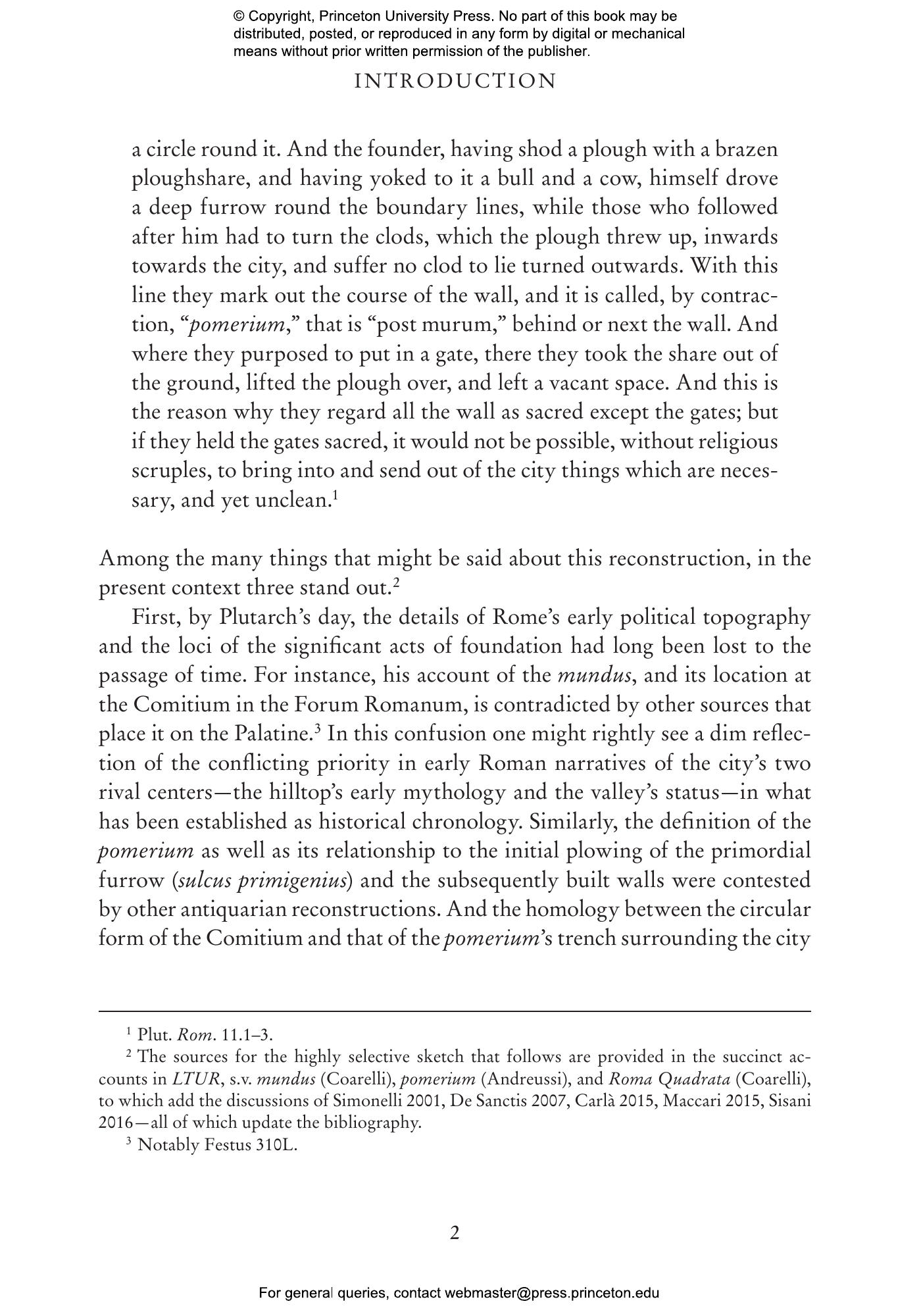 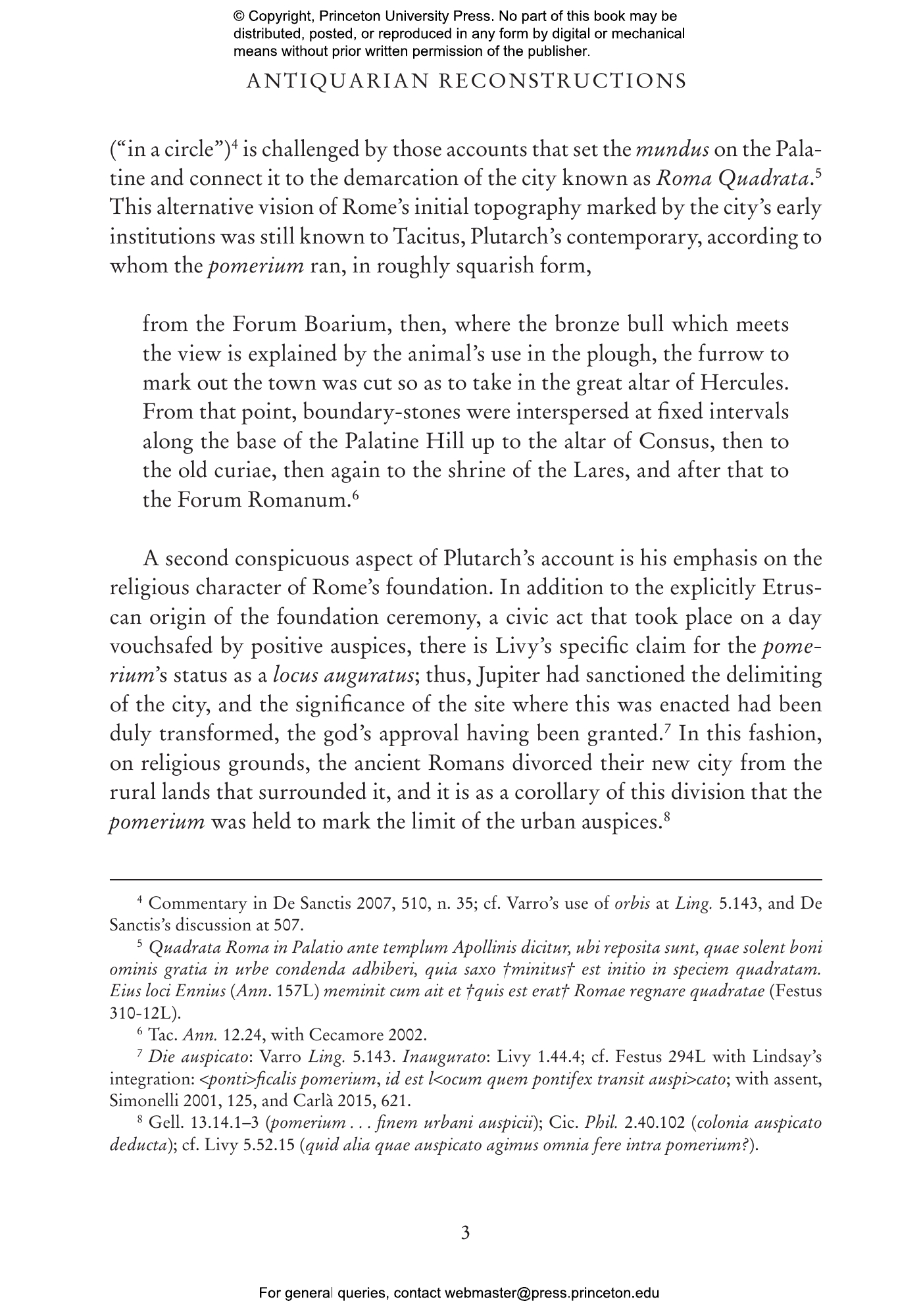 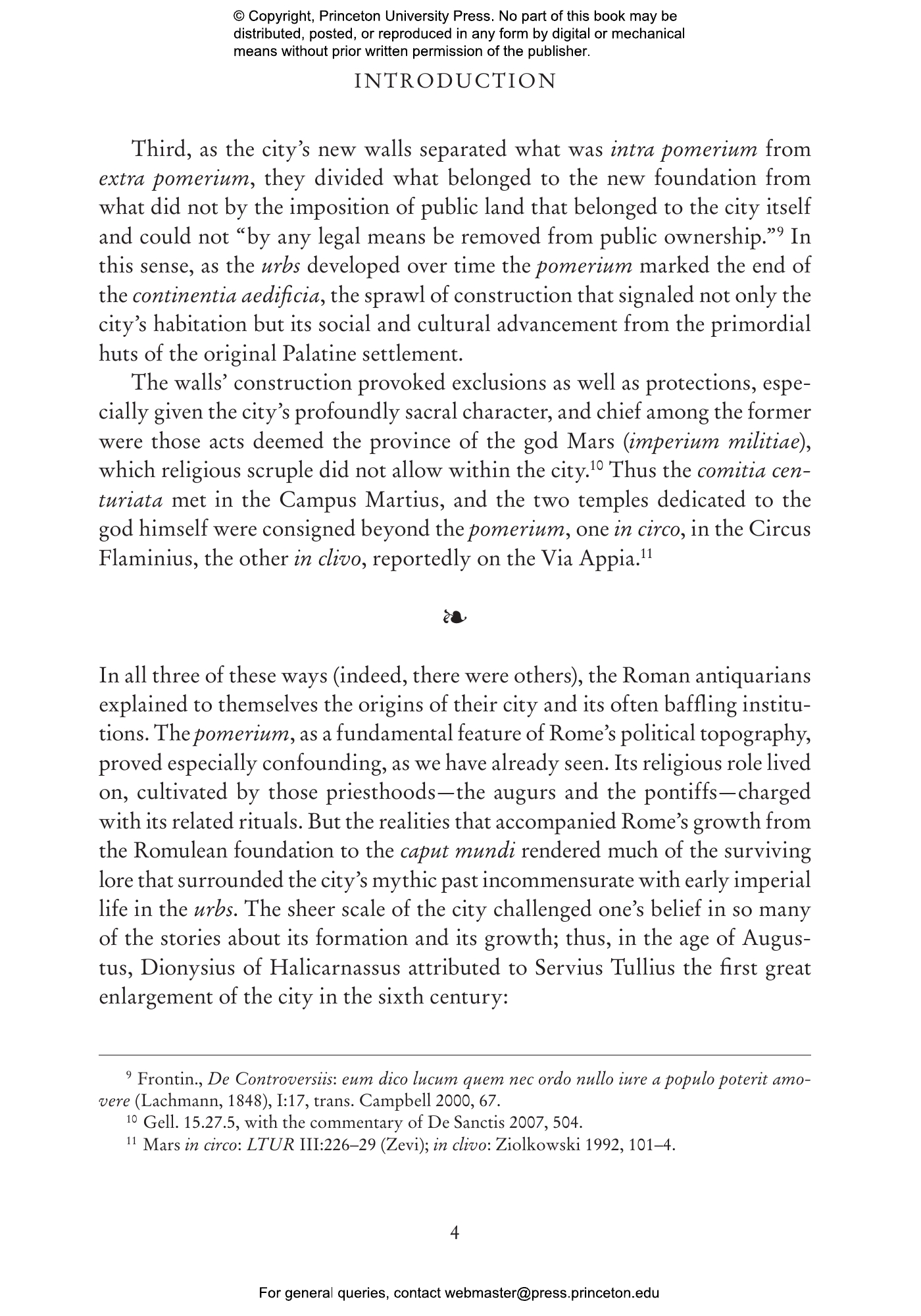 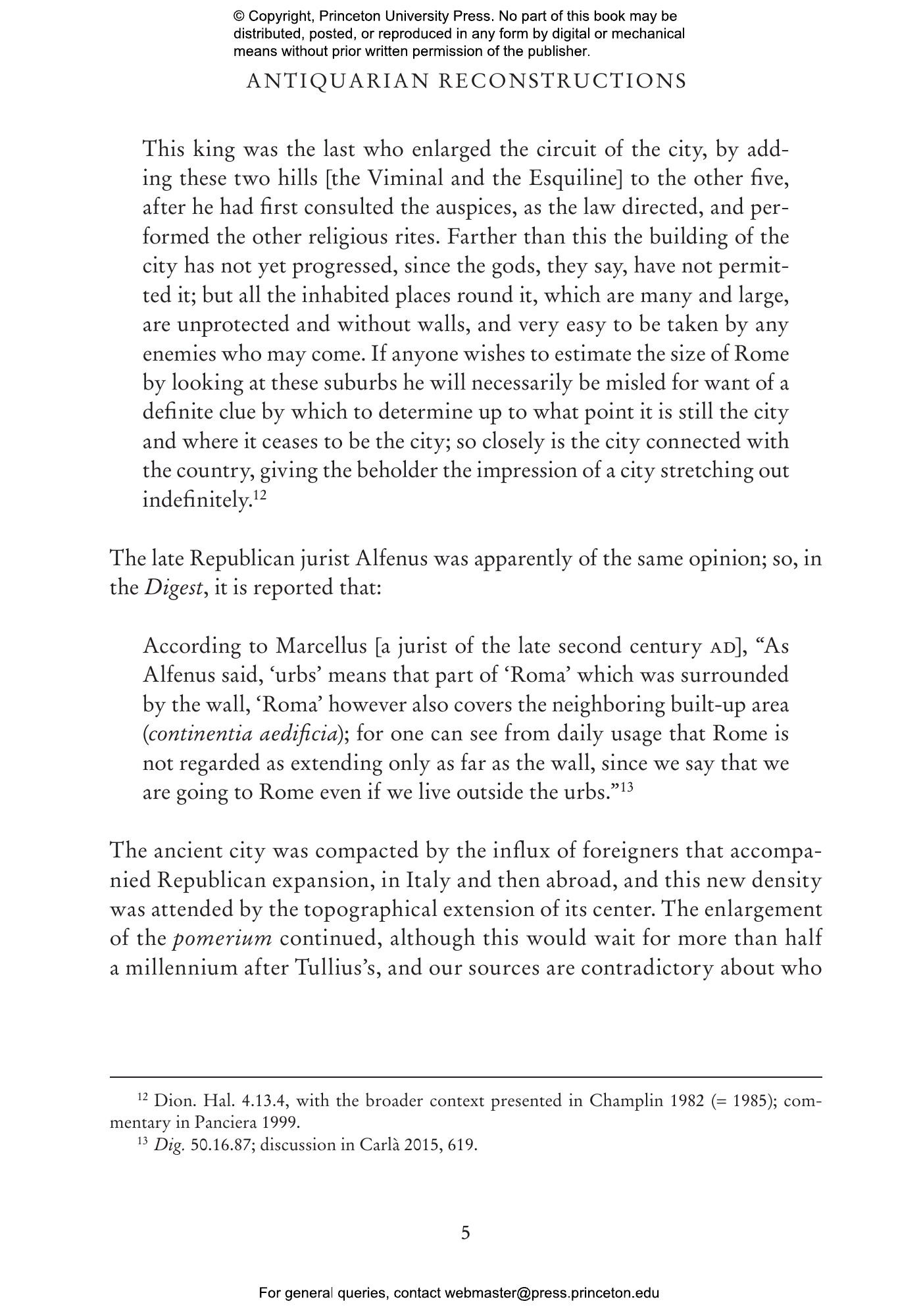 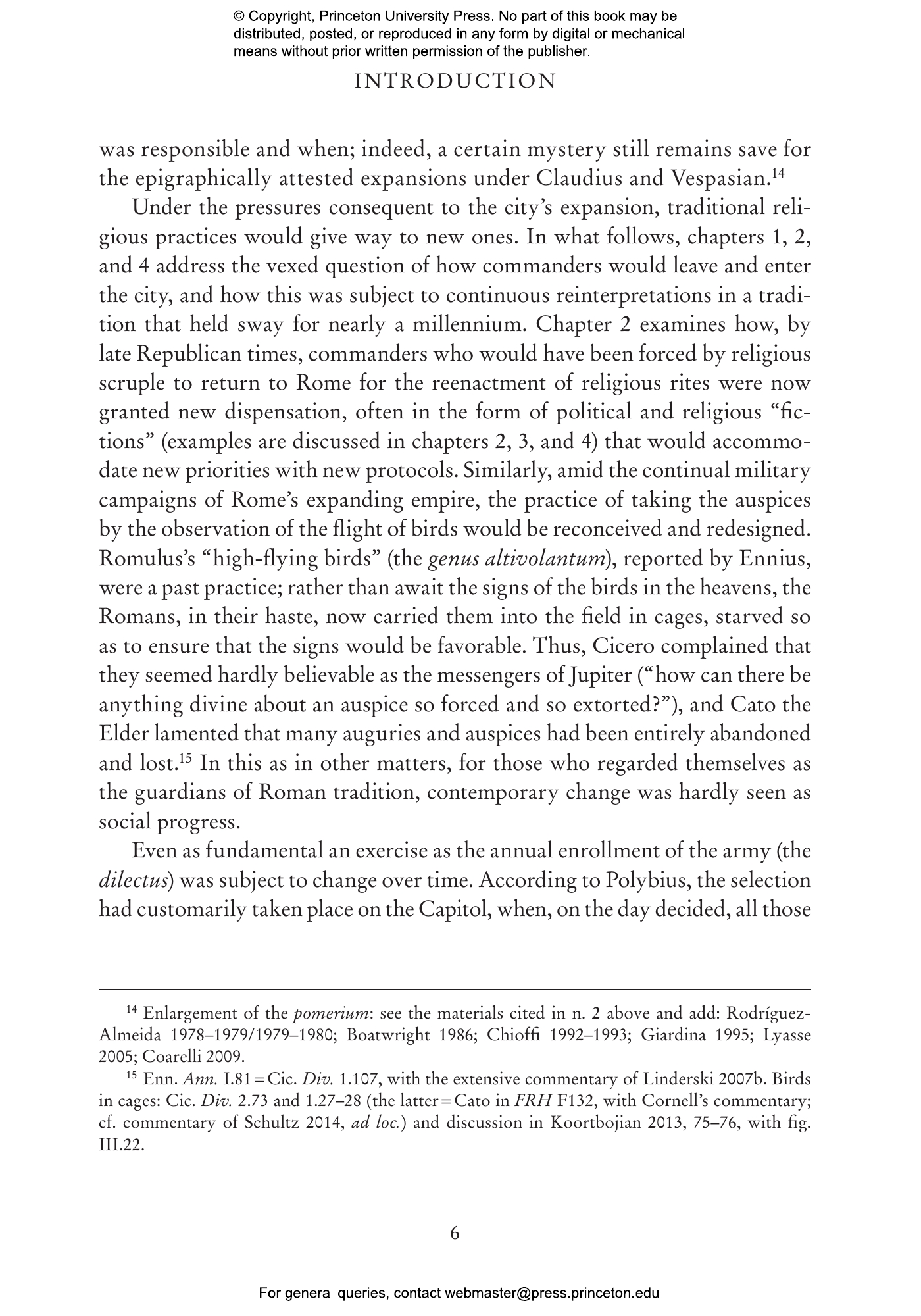 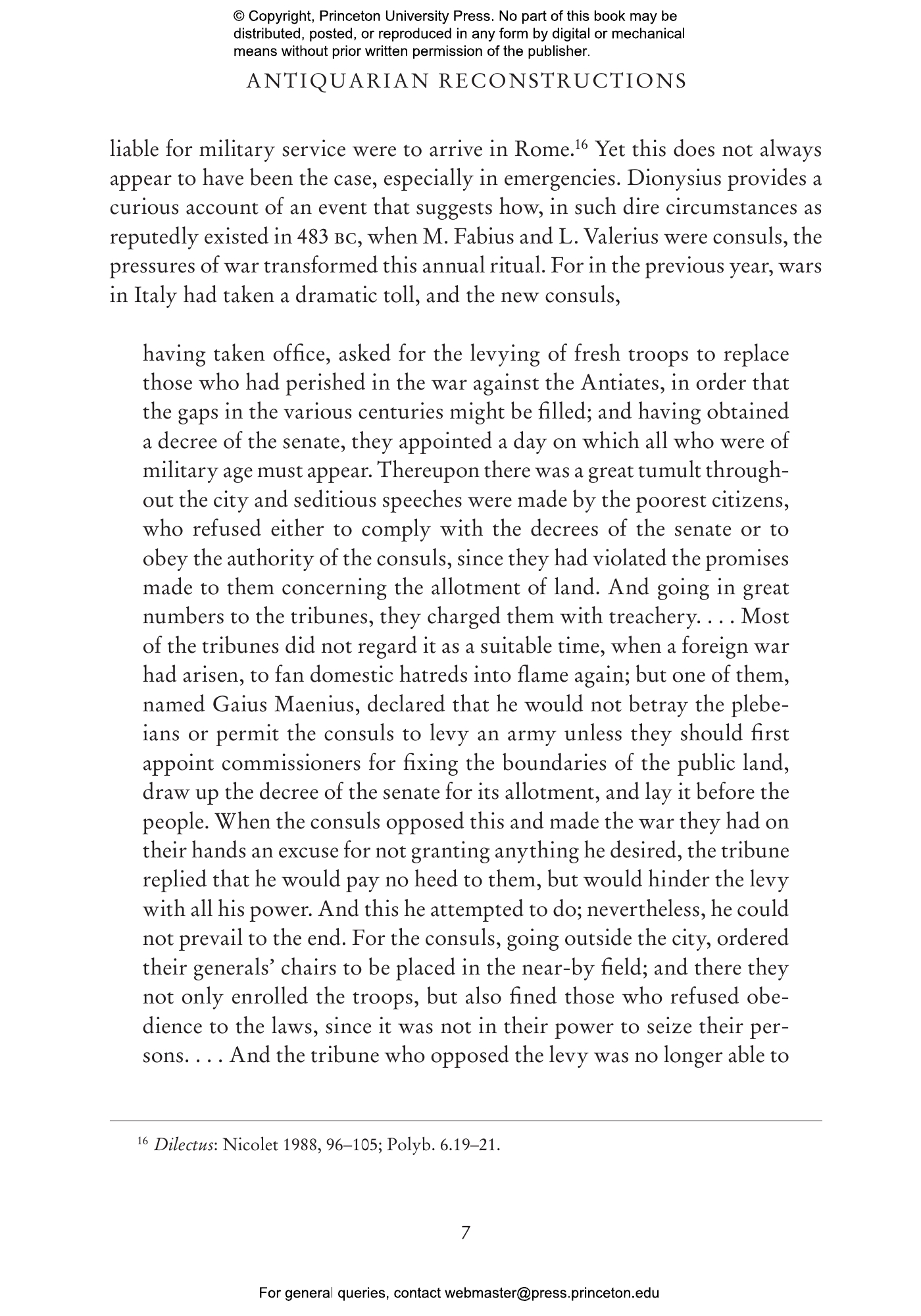 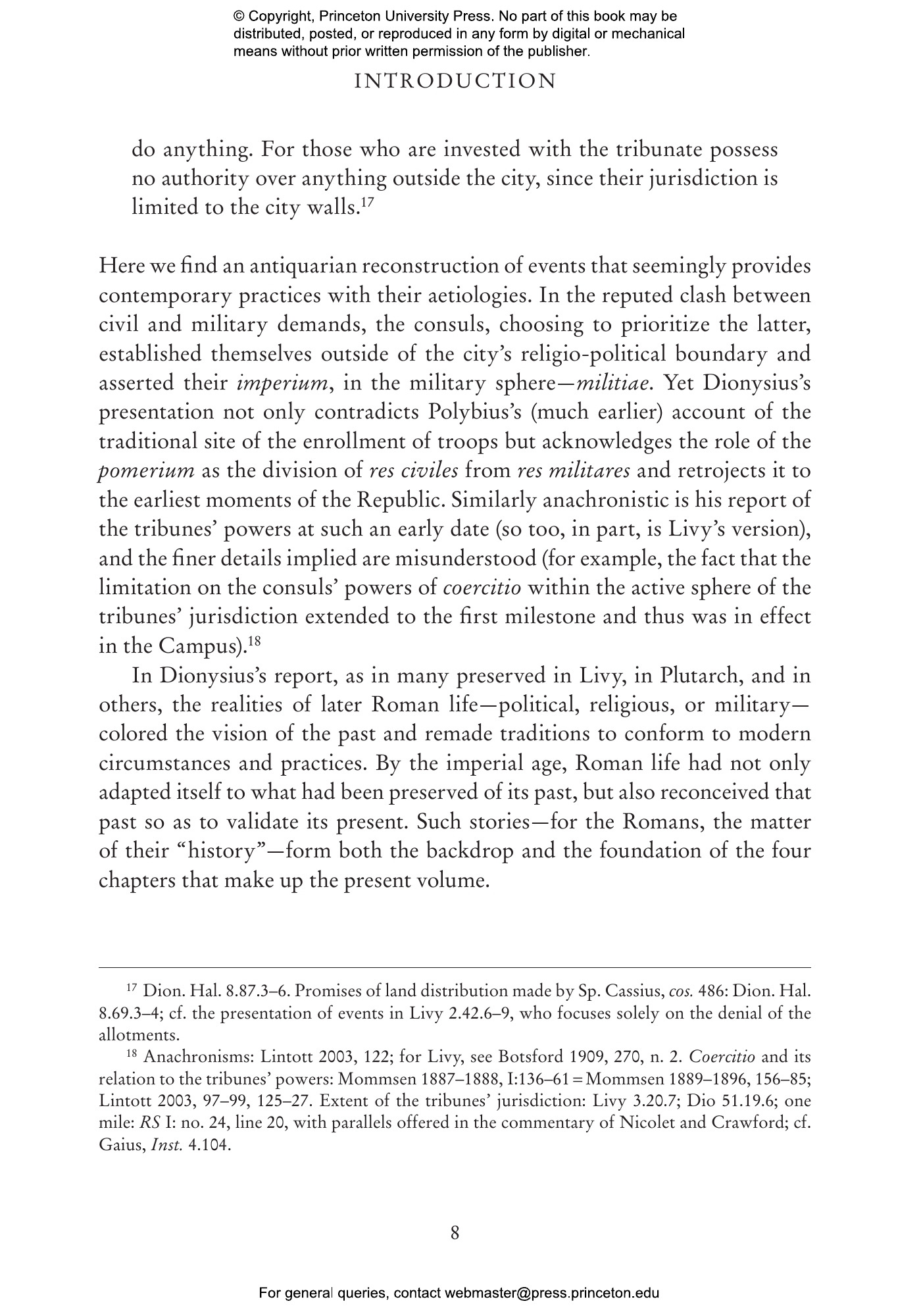 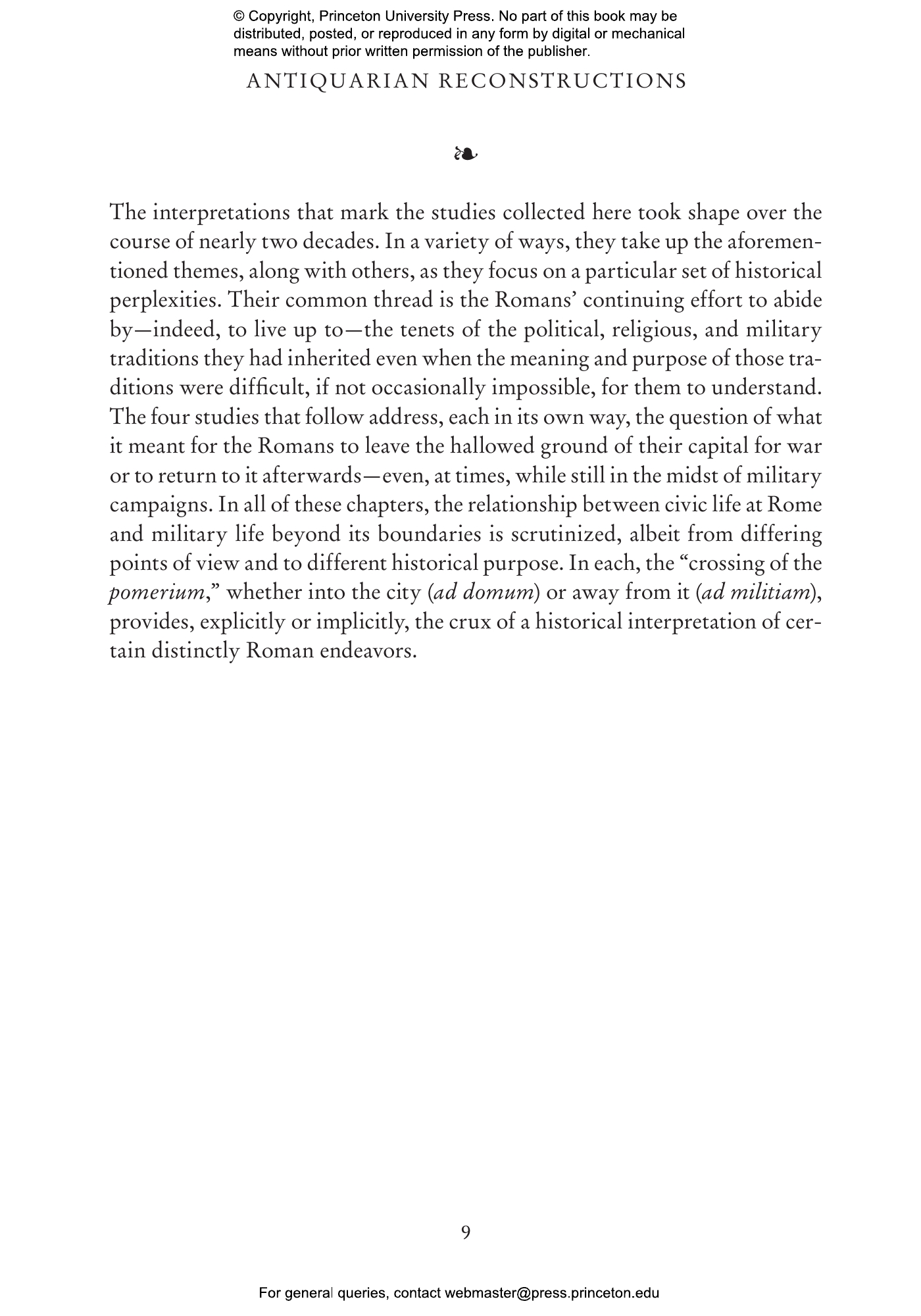 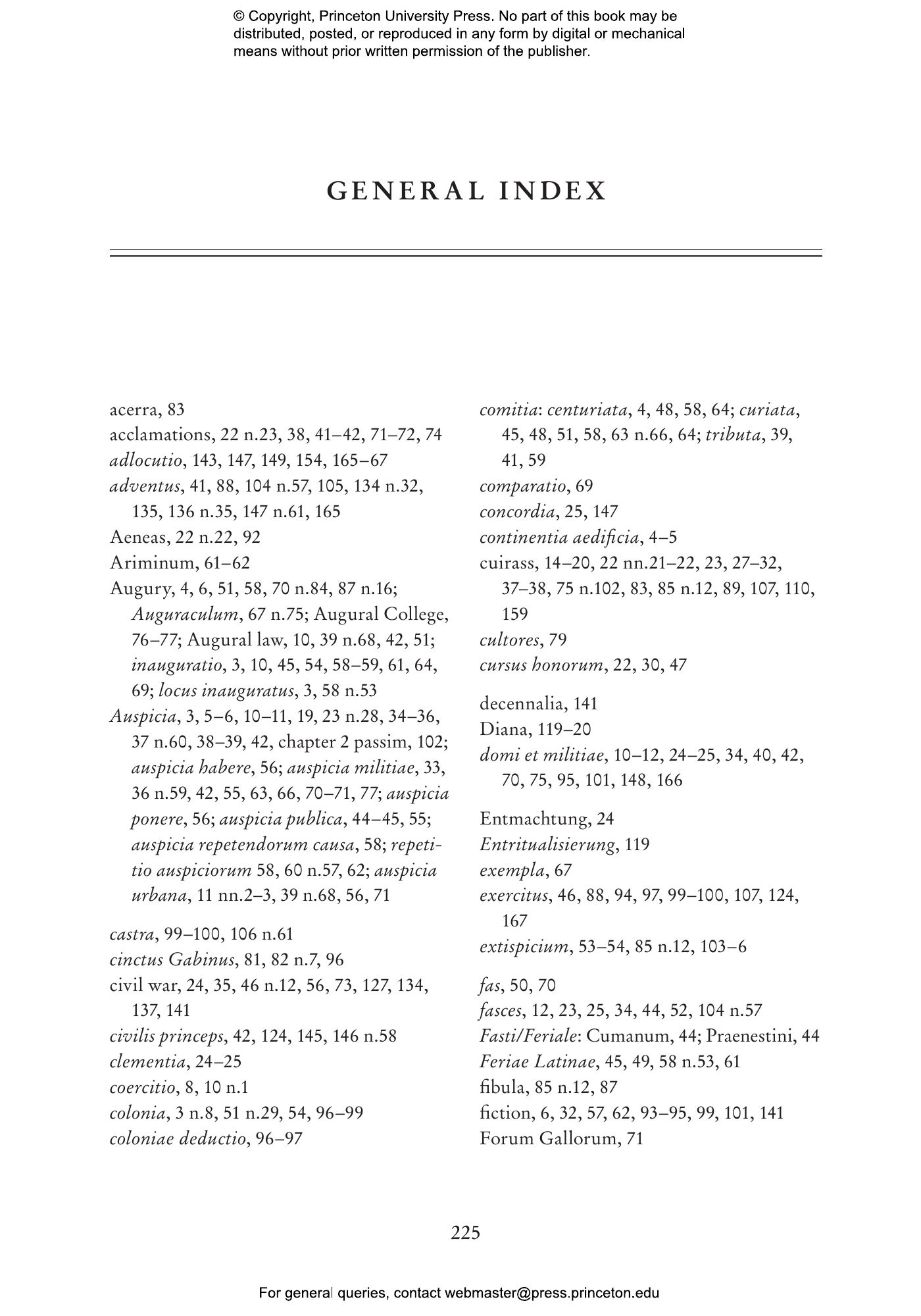 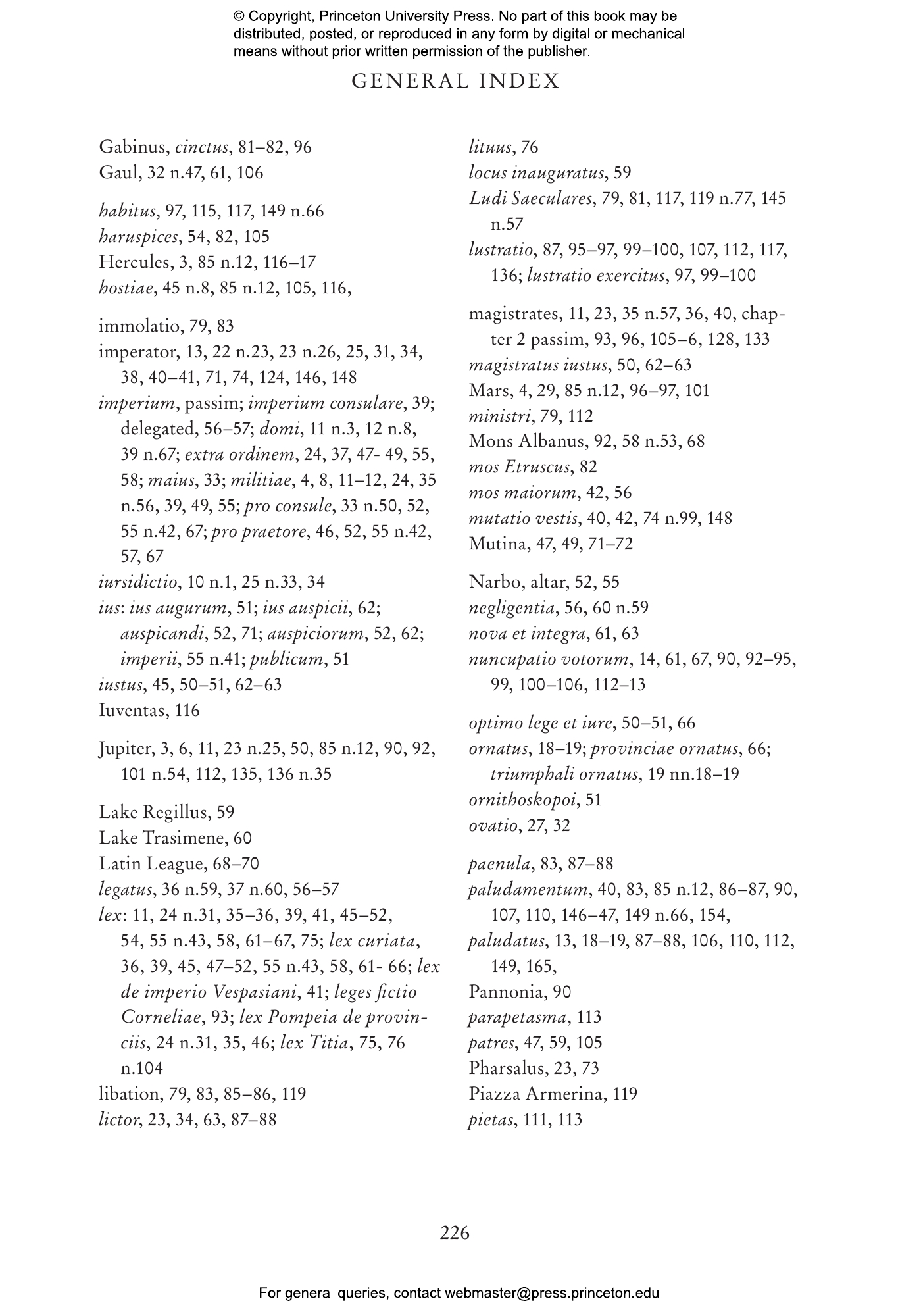 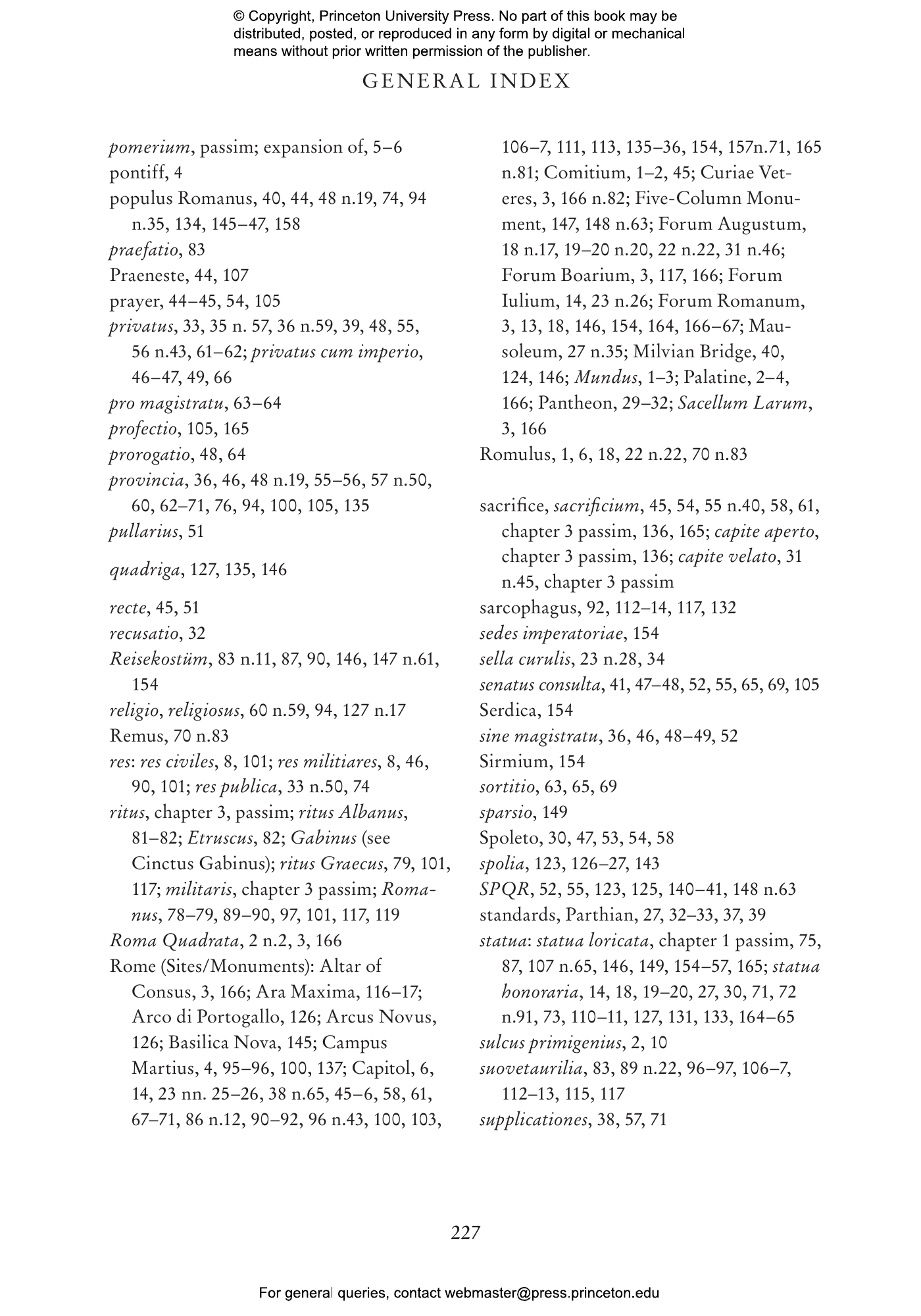 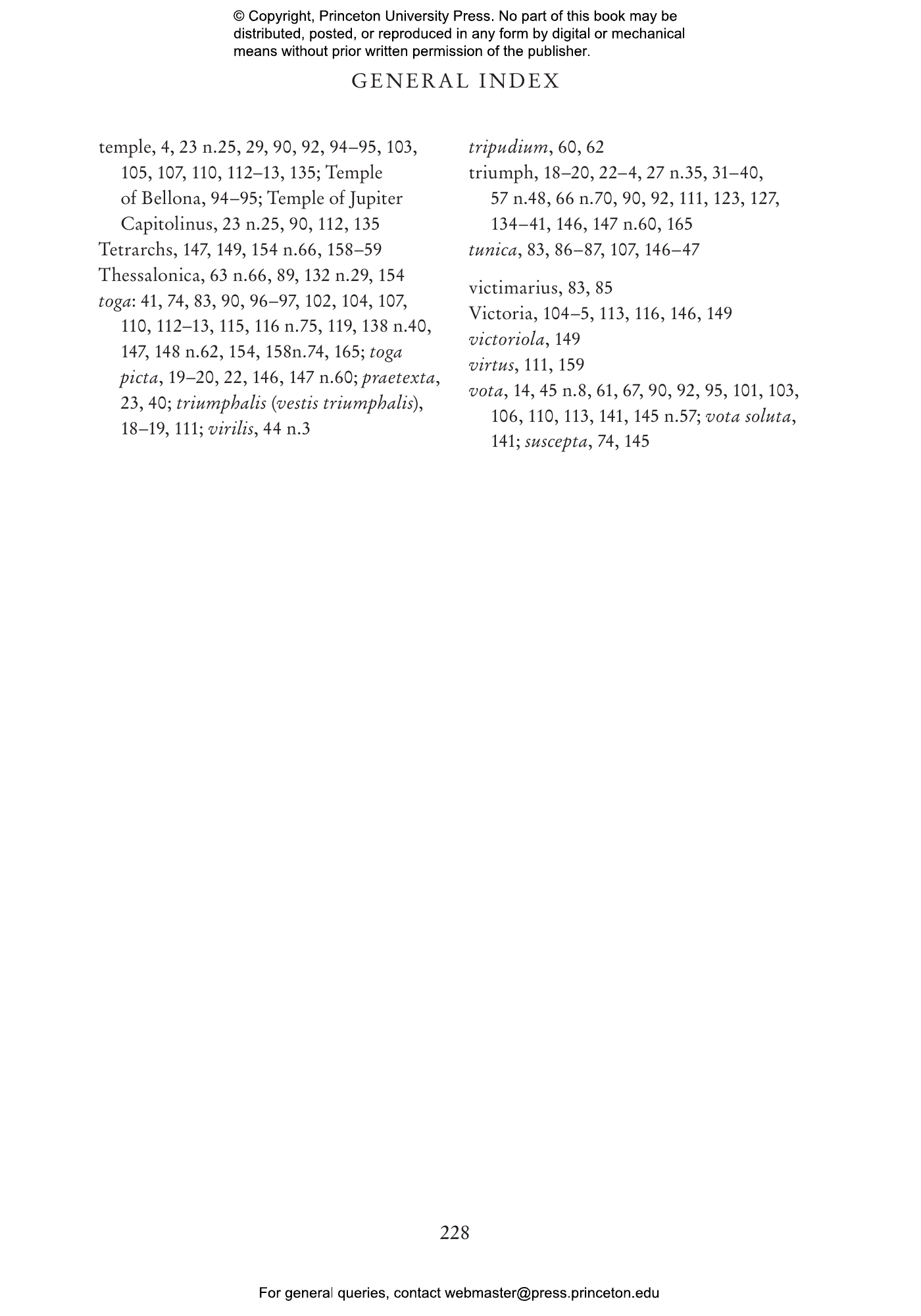 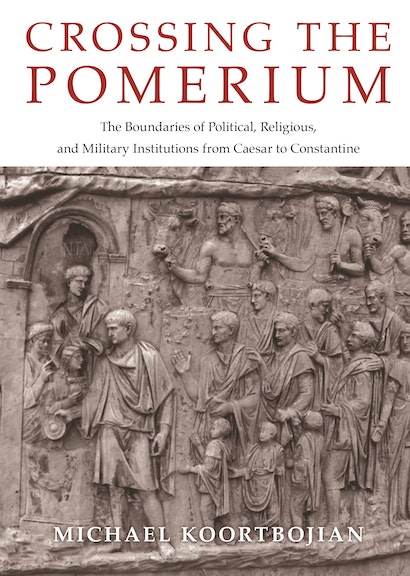 The ancient Romans famously distinguished between civic life in Rome and military matters outside the city—a division marked by the pomerium, an abstract religious and legal boundary that was central to the myth of the city’s foundation. In this book, Michael Koortbojian explores, by means of images and texts, how the Romans used social practices and public monuments to assert their capital’s distinction from its growing empire, to delimit the proper realms of religion and law from those of war and conquest, and to establish and disseminate so many fundamental Roman institutions across three centuries of imperial rule.

Crossing the Pomerium probes such topics as the appearance in the city of Romans in armor, whether in representation or in life, the role of religious rites on the battlefield, and the military image of Constantine on the arch built in his name. Throughout, the book reveals how, in these instances and others, the ancient ideology of crossing the pomerium reflects the efforts of Romans not only to live up to the ideals they had inherited, but also to reconceive their past and to validate contemporary practices during a time when Rome enjoyed growing dominance in the Mediterranean world.

A masterly reassessment of the evolution of ancient Rome and its customs, Crossing the Pomerium explores a problem faced by generations of Romans—how to leave and return to hallowed city ground in the course of building an empire.

Michael Koortbojian is the Moses Taylor Pyne Professor of Art and Archaeology at Princeton University. He is the author of The Divinization of Caesar and Augustus and Myth, Meaning, and Memory on Roman Sarcophagi.

"Koortbojian’s study brilliantly parses the evidence, using both texts and images, to identify how the pomerium operated as a Roman concept, rather than just a physical boundary."—Nicholas Wagner, Bryn Mawr Classical Review

"This is a thought-provoking book. The concept of the pomerium is of central importance to the study of all things Roman, and the broad chronological scope of Crossing the Pomerium will make it indispensable for scholars of history, art history, and the history of religion."—Barbara Kellum, Smith College